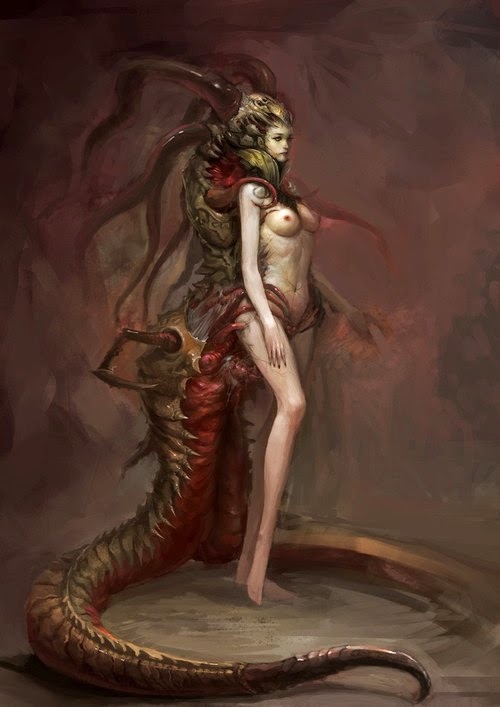 My homebrew has become un weildly and a bit broken with up to 3 versions of tables needed to do a character so need to revise. I wrote current version when bed ridden entirely from memory. Amended when i blogged them and have updated in blogs to make up for issues in play several times. Also to make some classes more popular when nobody had played them for a long time. Got players to generate 13th level characters for my birthday heroes in hell game and invited people to break system but it held up better than I thought. I will start surveying players and amending stuff for new one to roll out later. Veteran gamers seem to enjoy.

Write to integrate directly into my settings more.

Biggest differences in my rules to BX is i have a late adnd proficiency system, alt alignments and let elves and others pick other spells besides MU spells.

Im happy with stats especially with how players put charisma before strength with my emphasis on followers. I might put followers for classes in a separate section on just followers so they do not clutter up class descriptions for starting characters.

Classes need to revise and streamline and unify some stuff. I'm really tempted by the class = weapon dice damage. Fighters and thieves are popular again as are dwarfs and elves and I even have a halfling in play. Elves possibly need a slight trim and the variants/sub types broken - becoming very popular is evidence of being a bit too good so probably go back to d6 (been doing d6+1 hp, probably do a few HD changes like this). Less situational bonuses for skills more free skills is simpler.

Still stupidly thinking of Paladin, Ranger, Barbarian, Witch, Alchemist classes but no hurry.  Also toying with possible changeling and giant races. Considering some WP and NWP for 10th lv+. Id rather fix whats on the table now or produce a companion later and not as urgent.
Proficiencies are good way to vary and basic stat roll for a skill with occasional half or quarter for difficulty fine. Some gasp at choices which I want to streamline a bit but I have never heard complaint of too many spells. Get rid of situational and race/class mods and ust give free skills. Example builds or kits are good. Revise some names, more skill dependent on prerequisite skills. Perhaps more sub lists or levels required so choice not overwhelming for newbs. Veteran gamers cope fine and my built in abuse and stacking of abilities barely tapped. Im happy skills=feats=proficiencies in one system and that thieves get the most interesting non fighting ones and lots of choice and fighters get most combat ones. Common WP for any and Warrior only might work (Including monk, dwarf, beastman and some others). Minimum level on some skills could work too as I have done this with some enchanting skills.

More descriptions of spells and fully integrate my mentalist/psionics spell list as just another spell system not a separate mechanic - has not been used too much but has been fine.

Alignment has been effective way to start fights - what the mechanic exists for. Will incorporate my tabu system and have extra powers for fanatics. Will be one of weirder elements of my system. Rather than remove system I want to make it more meaningful in play and include option of being nihilist.

I have enjoyed using babylonian gods but now Im going to run a babylon brp later this year and I am thinking of using my own gods again or customising them more for my setting.

Changelings
Rus is a Russian fantasy rpg from Australia that had were creatures as a common feature for players with interesting types. Spirit folk in oriental adventures very cool too and I had some ideas for my fantasy setting that included shape shifting. As my beast men covered the brutal barbaric animal folk and I came to broaden to elemental folk and tree folk and call them Abhumans more (less gender issues too). I'm contemplating a centaur variant for abhumans too. Changelings more like elves or spirit folk and more other worldly and more magical. I have a player of one at moment so still under testing. Wanted to incorporate wide array of mythic possibilities. Some live in magic otherworldly and magic kingdoms, others live alone in the wilderness.

Spells: Use spell progression as bards or elves any style casting except wizard any list
NWP: Any
Shield: None
Armour: None
Weapon: Any
Fight as: Priest
Save as: Priest

Max Weapon Skill Advances: One specialist+3, and any amount of experts+1

Changelings are a prehuman race involved in the worlds creation when things were less fixed and living beings mingled more with gods. Many variants exist but most can appear human some of the time and many are raised as human without knowing. They are the opposite of Abhumans or beast men, more aligned to other planes. They feel most kindred to elves who are a later breed made to serve the gods before man. Less built for war than elves or abhumans but fairly magical. Prefer innate magic to book learning. Some prefer unarmed martial arts or a single specialist weapon they always carry. They are shy and secretive with humans.

Changelings have night vision and can see in the dark but only if some ambient light not total dark
Can cast spells of any one list (divine, nature, arcane, mental) but usually cast as per a sorcerer with 4 cantrips and a new spell known per level and no memorisation required
Every second level may try once to change one spell with a CHA roll by appeal to ancestors
Can change form once per level per day - form depends on bloodline. Can partially change to a hybrid form too mostly to disturb humans.
Changes do not add mass initially but may reduce it. As go up level may grow bigger. A 1st level horse spirit might be a miniature pony at first then a normal pony at second and grow into a warhorse or plow horse at higher level.
Most learn martial arts to get multiple attacks, many forms allow a separate bite or butt attack
Changes take one round of concentration
Can heal 1HP/lv per day to self which can apply these points as required when changing
+1 magic to hit or harm at 10th level +2 at 20th. At 8th silver, cold iron, magic or needed to harm but high HD monsters able to harm still
At 3rd level sensitive to points or gateways linked to related other worlds in sight
At 6th can sense within 10 per level any gate or weak points between worlds
At 10th may travel to home otherworld once per week and can return following week
At 20th may take extra persons holding hand (or flipper or tentacle) or linked in chain of hands
6th and every level after 6th gain a normal human or a appropriate pet


Tree Spirit
Turn into a type of plant such as bamboo, oak tree or cactus
Immobile and cant talk +4AC In full form +2AC in hybrid forms
Enjoy wilderness occupations and nature spells most
Attract animal and bird followers

Faerie
Can grow wings and or shrink to 12" Inches, Fly 12"
-4 to be hit by giant class monsters when shrunk (ogres, trolls, giants)
Enjoy living as magicians or warriors and use arcane magic and most
Attract animal or bird or elf or gnome or halfling followers

Morphling
Adopt form of another person in sight then adopt that form as needed later, true form is hideous. Form includes clothing. Can memorise a individual form per level and forget if need a slot free
Assassins and criminals who prefer mental magic most
Attract human followers

Genderling
May change gender back and forth but face prejudice so pretend to be own sibling.
Double changeling healing ability (2HP per lv per day)
Most frequently live among humanity
Mostly live as magicians or warriors with no special magical preferences
Attract human followers

Star Spirit
Turn into a glowing ball of light that can illuminate 10 radius light per level or 1/lv in hybrid form at will.
Fly and cast spells but not attack physical in light sphere form.
Dark star spirits radiate night instead (not total or magical darkness)
Magicians or warriors with preference for arcane or divine magic
Human or elf followers

Animal Spirit
A single species of animal  such as Cat, Bear , Lizard, Frog, Raven, Horse, Goat, Wolf, Fox, Bat, Badger, Rat
Cannot talk in animal form
Have animal abilities and often learn skills or spells to enhance animal abilities
Will develop some of these in more detail possibly added abilities at 10th and 20th
Flyers only fly in full animal form
All have brawling WP
+1 extra unarmed attack at 6th and +2 at 10th
Often are martial artists, monks, magicians or criminals
Normal animals or humans or beastmen abhuman followers

Necrokin
Undead who live among humans to eat them, true form macabre and grotesque
Do not breathe, immune to charm, sleep, fear, ghoul touch
At 6th lv 1foot/lv fear aura 1 round per level per day vs lower HD beings
Damaged by holy water, can be turned bu priests, dislike touch of holy symbols
Often pretend to be magicians or warriors
Attract human thralls or undead followers which don't improve

Any suggestions welcome - im trying to kill many birds with one stone here
Posted by Konsumterra at Saturday, April 26, 2014