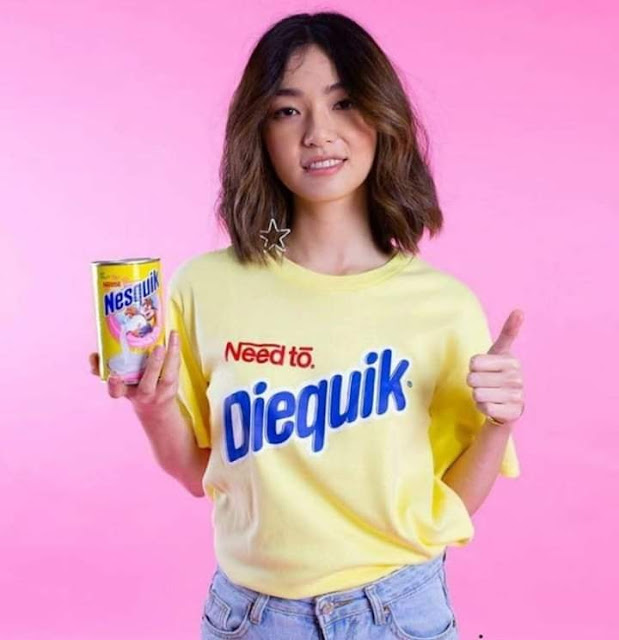 Hello! As colour comes up so much in psychon i made some cards.

dm could generate a hex and a citadel for a game

Possibly flavour/smell table probably the next most handy table 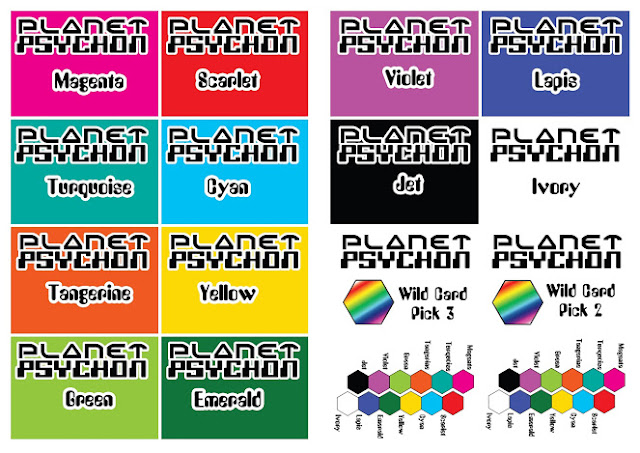 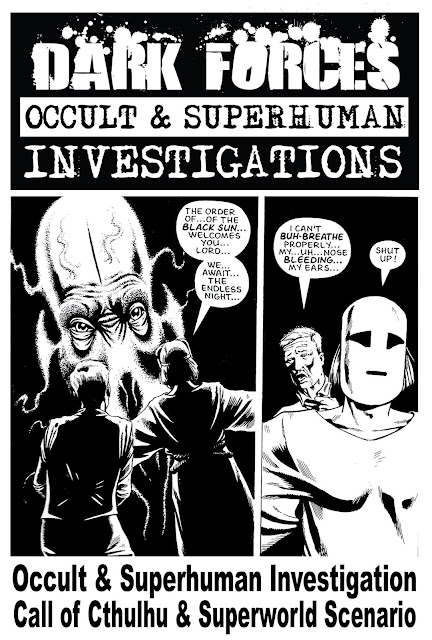 My new setting a mash up of cthulhu, laundry files, zenith comics, superworld..... 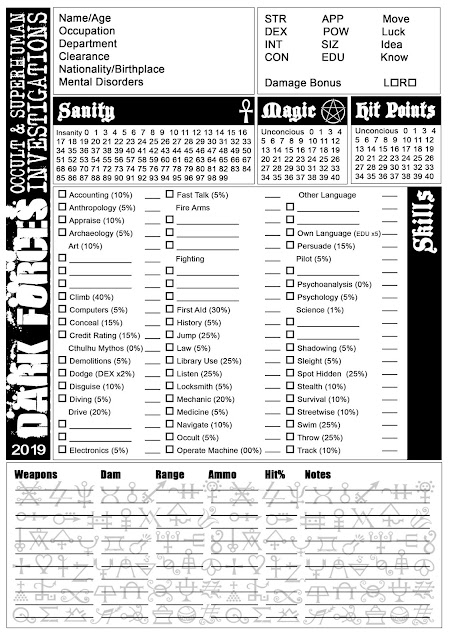 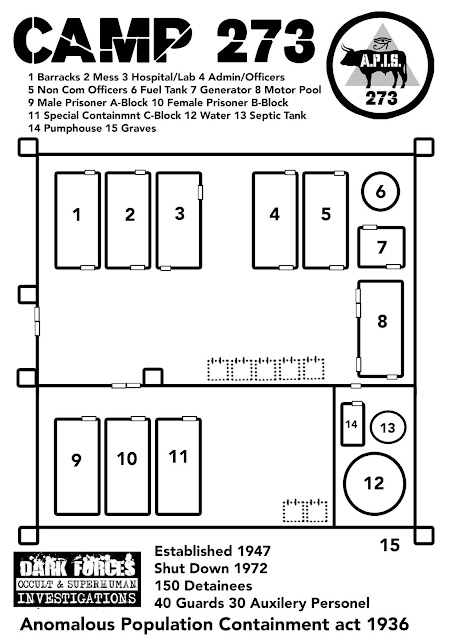 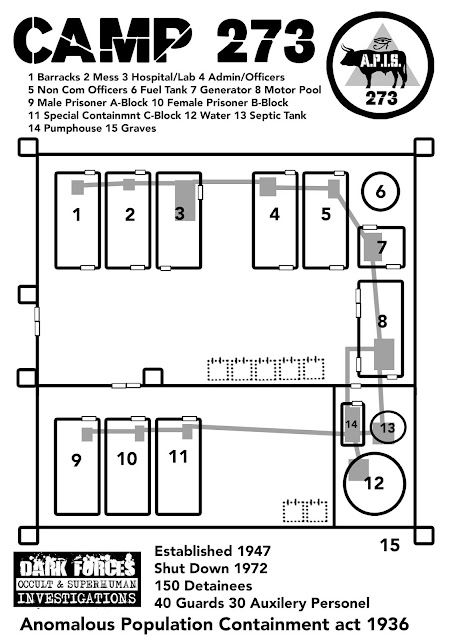 Posted by Konsumterra at Thursday, November 29, 2018 No comments: 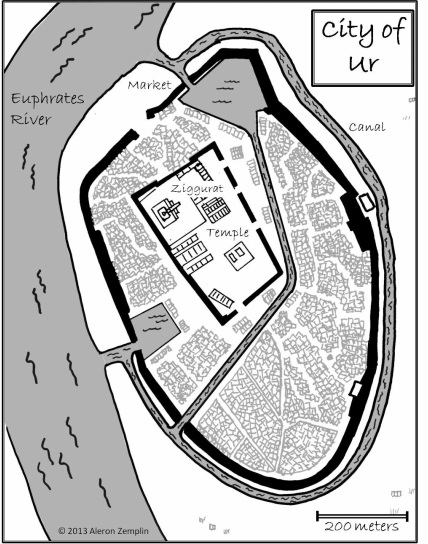 Leveling UpAt 5th Level and every 5th more +1 on a attribute
As of 6th level you get a follower per level and you can teach and train recruits
-a animal or pet possible with some classes
-a adventurer apprentice d4 Lv or a d4 zero level followers
-They go up a level when you do
At Tenth Level you are granted a d4 hides of land or common city blocks or equivalent real estate or take over a dungeon because some one wants you beholden to them
Posted by Konsumterra at Wednesday, November 28, 2018 2 comments: 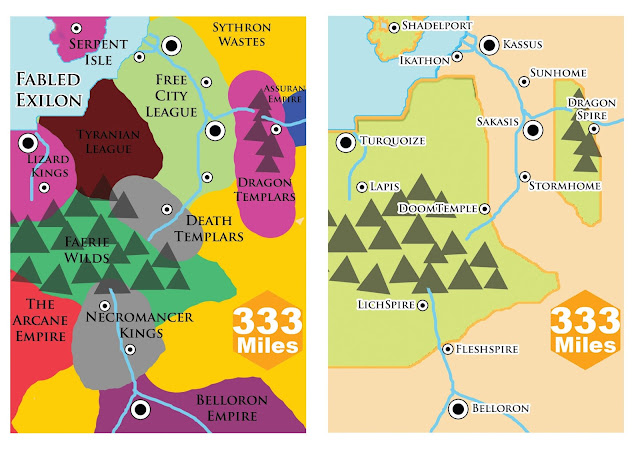 Tyranian League
Petty former barbarians but still rough with no major cities, gloomy ever fighting undead and lizards and each other. On off allies. Do have good parties and gladiator events are common.

Belloron Empire
Belleron - The great city of astrologers and their conqueror god of law.

Sythron Wastes
Barbarians but enhanced with civilized tech including chariots, waggons and horse riding archers. No permanent cities but kings have huge mobile population centres that grow and shrink seasonally. Nobles have more civilized trappings and trade more. Other barbarians think them corrupt by stink of civilization.

Barbarian Wastes
Savages sworn to destroy civilization, metal use, building, literacy, magic, wizards, religion, monsters, undead. Nomads who who assemble under great Khans to invade other lands. Mostly they fight undead, dragons and faerie who are seen as worse than civilization. They destroy walls, wells, crucify craftsmen, burn books and smash monuments. They worship tribal ancestors who liberated humanity from monster rule. Beastmen and orc tribes are common in area and all fight each other.

Language
Many including ancient and monsters languages have written script, spoken and hieroglyphic/pictographic languages. Script is better for business but the pictorial sacred language is common on monuments and holy texts. Hieroglyphs are very stylised in each culture bur recognisable to scholars and even illiterate people might guess what a glyph means.

Next
I will scale in on the Free City League next with more towns marked.
There are plenty of enemies from outside. Dangerous cults dedicated to pre human monster cults within such as snakemen and fishmen. Lots of ruins everywhere. The area tolerates demihumans and there are allied beastmen tribes often serving kings as mercenaries. The good snake and fish gods are increasingly being humanised in art. Their children are more human again.
Posted by Konsumterra at Monday, November 26, 2018 No comments: 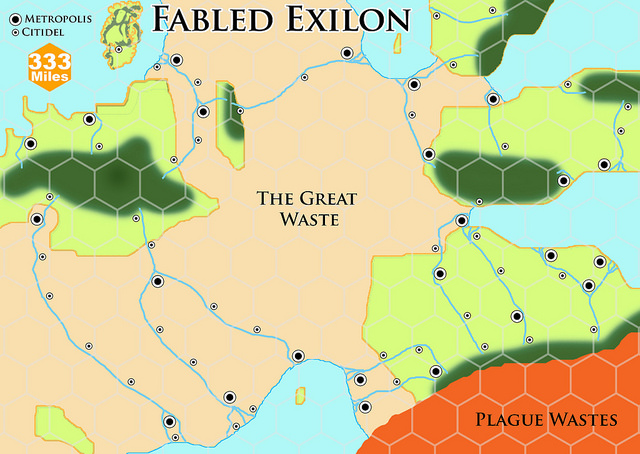 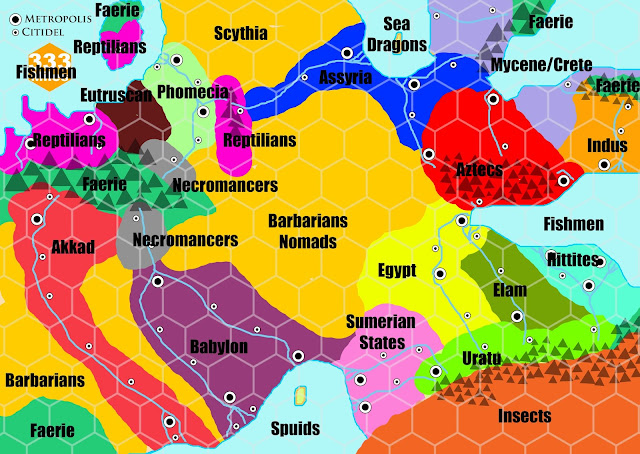 Posted by Konsumterra at Monday, November 26, 2018 No comments: 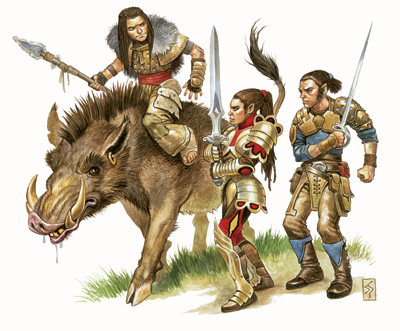 Agility = dexterity, manipulation, swiftness
-Bonus adds to all attack rolls and armour class
-Save roll for evading traps or explosions or other dangers
-Bonus adds to initiative
-Base Movement Rate (-3 for gnomes, halflings and dwarves)
-Skills involving fine or gross motor ability

Talent = Intelligence, perception, alertness
-Bonus extra slots of Arms or Arts or Languages
-Bonus equals number of class changes
-Save save vs puzzles or problems solving or illusions or trickery
-Skills using knowledge or study or senses

Starting Languages
Common is free for all races
Each language has a read and write version separate (R&W)
Non Humans get spoken version of own language for free
Humans get local kingdom or national spoken language for free
-if humans have multiple languages in setting otherwise common is the human toungue
Some classes or subclasses include animal languages (scent is the written form)
-Druids, gnomes, elves, beastmen abhumans and some subclasses might qualify

Scholarly Languages
-Ancient is the human common of the old empire common on ruins mostly written form
-Dragon, troll, giant are found on pre human ruins
-Alignment languages used by churches and on other planes not by commoners

Halfling Abilities
100cm to 120cm tall, stoutly built
-4 To be hit by larger than human giants, trolls and ogres
Dark Vision can see and fight in dark but difficult to see written word, artworks, details
Thrown rocks masters
-proficient at throwing rocks and can increase to expert, master or specialist
-can take one other arms skill in weapon expert beyond this
-inflict d4 damage and can throw x2/round, x3 at 6th, x4 at 11th, x5 at 16th
All saves are as if stats were Prerequisites
Can buy additional arms ranks in Dodge
Can buy additional arts ranks in Extra Luck or zero level Cantrip spells
Get no range penalties on any missile attack

Would like to do shamen, alchemy, witch, and something
abandoned idea for ranger and paladin and assassin
have to do everything in lots of 4 for some reason
Posted by Konsumterra at Sunday, November 25, 2018 No comments: 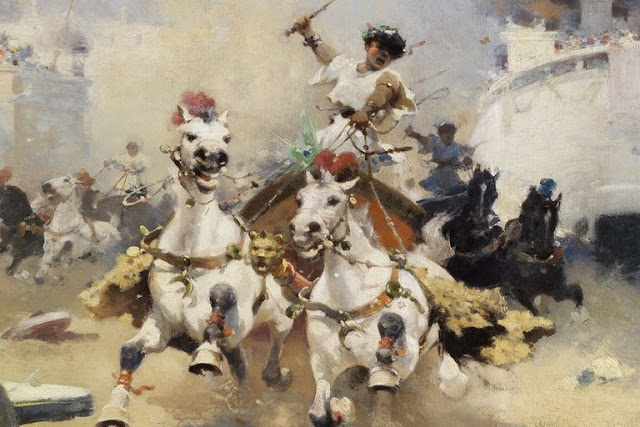 So more of my bastardizations of BX

Firstly Ive messed with alignment before 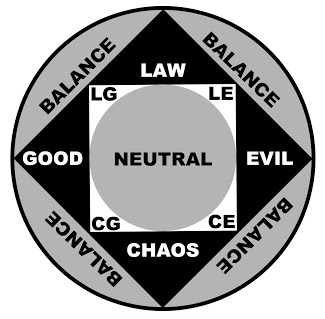 Alignment
I have listed specific conduct and possible taboos for main alignments before
will revise these more to include prejudice, intolerance, charity and other shenanigans

Core alignments L C G E N B
Compound alignments LE LG CG CE come into conflict with neutral and balanced types
might alter the graphic to be more yin yang but not a swastika
not sure yet but happy with the mandala look
might try do a planar one too...

allows ten alignments to fit on a d10 too

Luck Points - second chances
You can pull feats of persistence by sheer will or is it the grace of the gods after all?
Your foresight and persistence get you though stuff

you can spend these points on:
1) heal 1d4 damage, use this to stop bleeding if below zero HP
2) reroll any dice roll once per session
3) change one spell in your memory to another with superior hindsight
4) have one piece of common equipment you ‘almost’ forgot to bring

Dwarf Abilities
120cm Tall 90cm wide, squat and stout
Males and females have beards and other races cant tell apart easily
-3 base move but carry add Vigor to Might for encumbrance calculations
Dark Vision can see and fight in dark but difficult to see written word, artworks, details
-4 To be hit by larger than human giants, trolls and ogres
Can learn magical arts
-not to do with enhancing spells or familiars
-yes to crafting magic items and weapons and armour
-yes to cantrips, extra luck points, resisting magic, etc
Can learn improved arms skills on axes, swords, crossbows or gun
-can spend extra arms slot on critical hit at 6th, 12th, 18th
-can learn multiple weapon expert skills, weapon master and weapon specialist skills
8th and 16th gain one extra attack per round with a axe
12th level bump weapon damage up to next higher dice with any axe

Elf Abilities
As tall as human but leaner and lighter build
Males and females androgynous at first glance
Dark Vision can see and fight in dark but difficult to see written word, artworks, details
Elves can choose a single spell list from
-arcane as a wizard (gain spells as wizard or as a sorcerer)
-nature as a druid
-divine as a cleric
-mentalism as a mystic
-gain one new spell per levelCan learn improved arms skills on any bows or swords
-can spend extra arms slot on critical hit at 7th, 14th
-can learn weapon expert skills, weapon master and weapon specialist skills
9th and 18th gain one extra attack per round on any bows or swords
14th level bump weapon damage up to next higher dice on any bow or sword