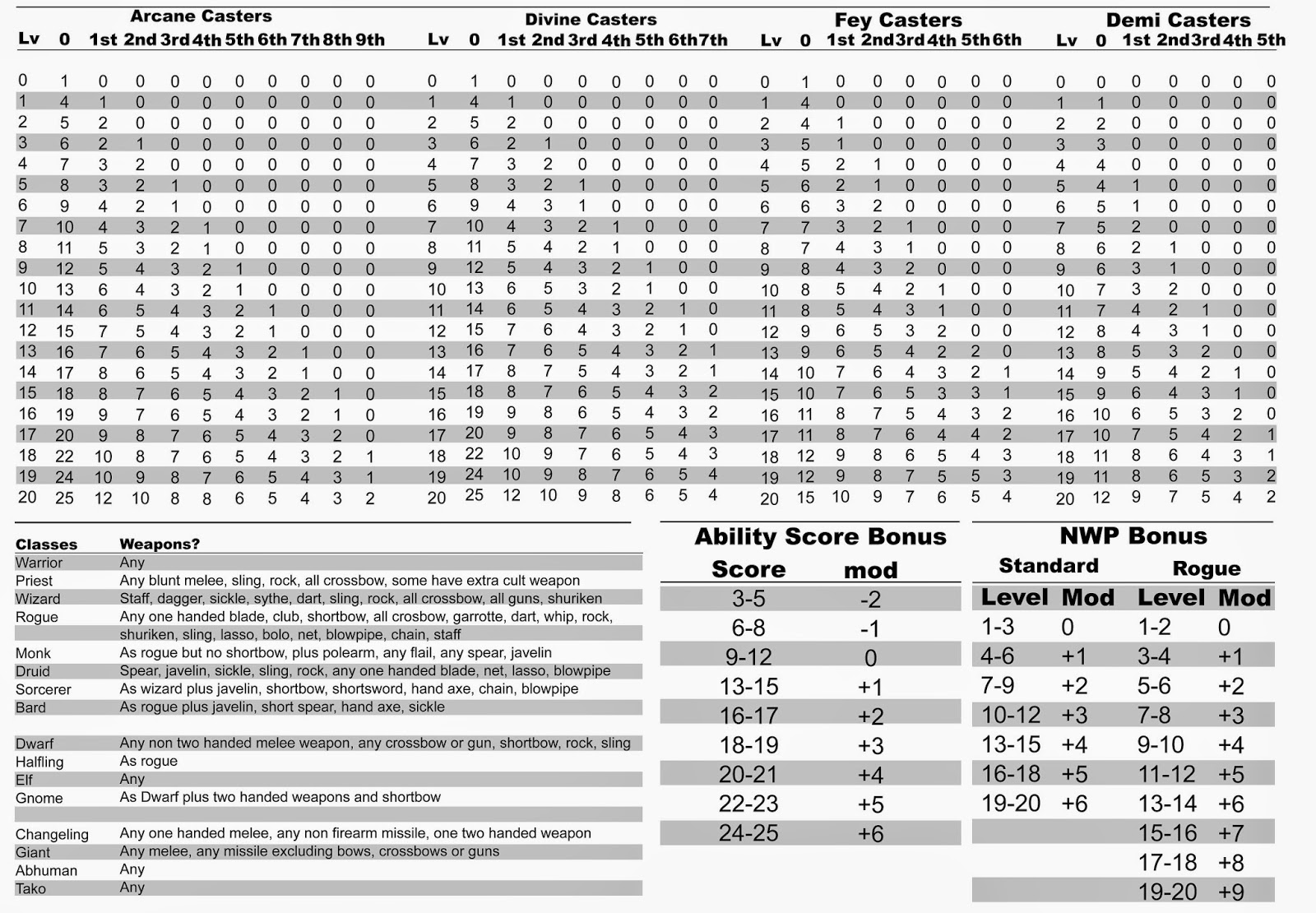 OK true believers having put off my trying to write own rulebook as if for new gamers Im just putting core revised data here and will write class descriptions elsewhere. Then a book on skills and a book on magic.

Biggest weirdness here is the NWP skill bonus pr level with extra points for rogues the skill master class. Beastmen now Abhumans so I can include rock men, tree men and possibly orcs and centaurs. Possibly they would work as straight barbarians.

First spell progressions for wizards and sorcerers, then lerics and druids then the fey one for elves and bards then the Demi caster for some other races and paladins and rangers if i ever bother with them. If i do will be more for tradition but some players have asked. Will not be like your oldschool ones. 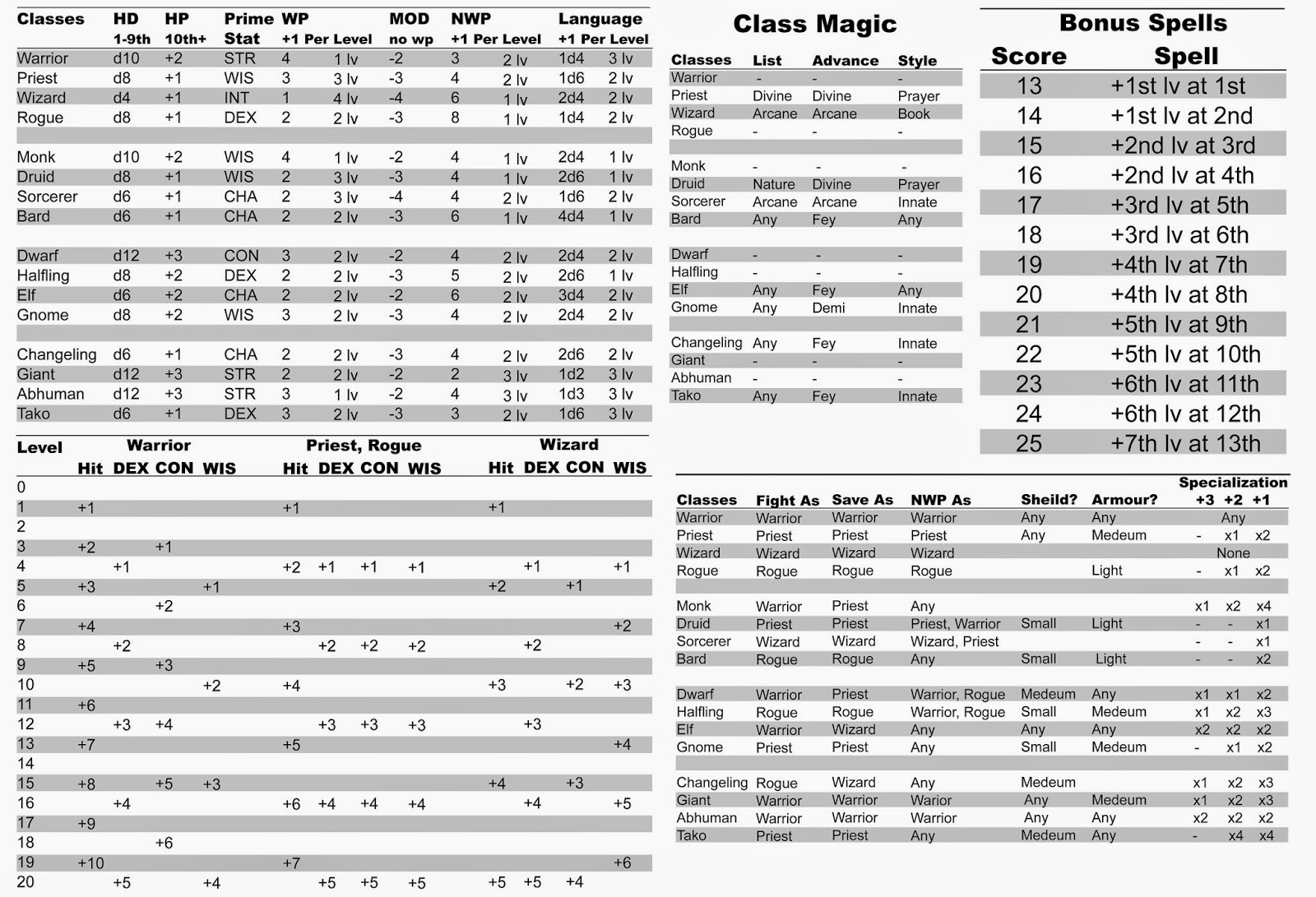 This table has HD, attacks, saves, how many WP and NWP and non proficiency mods. Specialization is a measure of how many expert weapon advances a class can take.

Has class spell info. List is what kind of spells used but for those who can select any mental spell list available. Psionic classes later but psionic bards and elves fine with me as psionics are just a spell list like other types. Tech and mutation lists when i do gonzo sf version of rules with robots and cyborgs.

Advance is how many spells a class gets. The Fey is for elves and bards, The demi caster for later classes like paladin and ranger.

Style reflects how do they earn magic and prepare spells. Wizards use books, druids use prayer. Innate is for sorcerers who choose spells from limited list they get (mostly a spell per level) and can choose which to cast on the fly with energy levels. Im happy if my elves want priest spells with Innate style learning or a bard to have Innate druidry nature spells or book learned arcane magic. I dont really mind weird combos like prayer gained arcane or book learned nature magic but players need to know might be rare or limiting in campaign.

I dont have multiclassing but changing classes is easier (one per INT bonus) so a Tako could become a wizard or s thief.