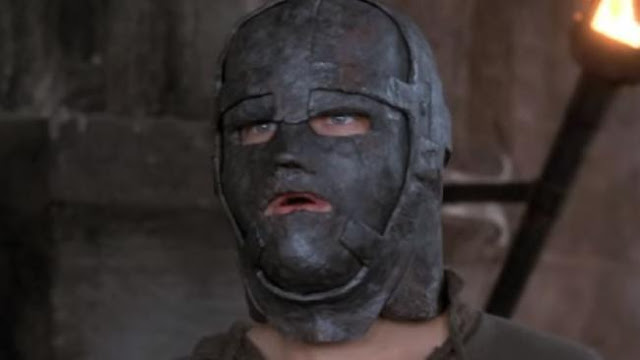 These horrible guys turn up in dungeons and all kinds of places. They are horrible freaks who make player stays in prison more memorable. Sometimes they are taken out in public or even trusted for a chore outside. An escaped band are desperate and often join bandits or become murder hobos. Convict names stick and usually a name starts as a insult and pretty soon the prison staff record as legal name. When I say governor of prison it could be a woman. In some cases wife of a governor might take up contract or have worked way up ranks in prison or government admin.

d10 Prison Types (Half the max population is over crowded)
1 Sherrifs Lock Up in country village d3
2 Ruined tower d4 or sometimes a huge tree stump or hollow tree
3 Ruined old house with walls 2d4, some might be kept in basement or tower
4 Country Prison with wall and shed 3d4 used as labour
6 Castle ruins with intact dungeon 5d4 mostly shackled up in dark
7 Prison Hulk chained out at sea or small island prison d6 lots of ten inmates
8 City Prison with courtyard d10 lots of ten man cells
9 Sealed inside sprawling mine complex d4 lots of 100 inmates
10 Horrible over crowded old fortress near city  d10 lots of 100 inmates

d10 Escape plans
1 A secret tunnel being dug
2 Planning a riot at vulnerable riot and
3 Take keys or use home made lock picks
4 Take weapons and kill way out by night
5 Obtain or make uniform or disguise
7 Blackmail staff by having family kidnapped
8 Corrupt staff with vice and debts and favours
9 Help from outside gets escape supplies in
10 Use corruption, bribes or favours to have staff release 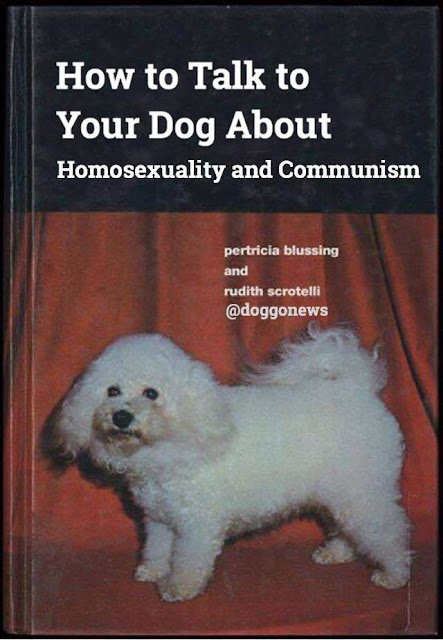 Terrible letters from home are distractions from fighting wars and often demoralizing. Family could be friends or own house hold in your home. Designed to be good in dnd or ww1 cthulhu or other setting.

d10 Quick nice letters from home
1 A pet or farm animal had hilarious anecdote worthy tale
2 Some one is getting married hooray!
3 Someone has found true love
4 A cheer raising letter of love and praise
5 Someone back home tells of cute petty problems
6 Some one has recovered from a near death situation
7 Justice resolved some problem in a fair manner
8 Someone has had a baby
9 Weather is nice or business is good 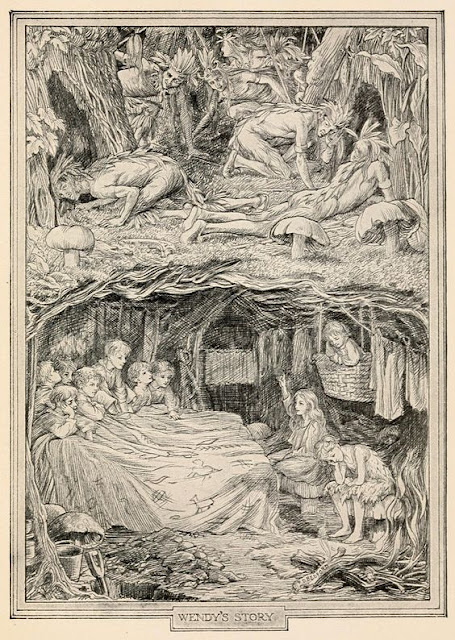 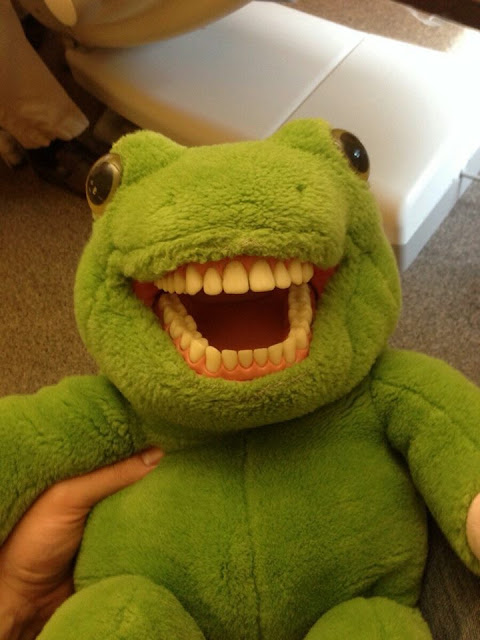 Inspired by this
http://draconicmagazine.com/articles/second-chances
to simply write the ones my EMO house dnd rules

I give each player a toy gold coin token per WIS bonus point +1 (Makes -1 wisdom bonus suck cos you get none this stops WIS being a dump stat). Low wisdom peoples are fools

you can spend the coins each session and can use to:

re roll any any one hit, save, skill or damage roll immediately after a roll you don't like - you could even use to be less effective like not critical hit the king with a second roll

say you did bring that one handy thing you had choice to earlier after all or maybe you just found one common thing - Players could even use to find a gp as one common thing if strapped for cash in a market or pub.

your victorious foe captures you and saves you instead of finishing you off - Awake a day later probably a unarmed prisoner in their lair. Beats foes outright killing you

take back that last dumb remark immediately after having made one - this is tricky, you might even let a player change a action like "ok I will not stick my head in the sphere of annihilation", this one most optional

Possibly I have had other FX like TORG cards or Dr Who stories. Mistaken ID, catch up and fight fleeing villain (nemesis), foil a trap or door or puzzle, find a clue and more - i did a standard card deck which players cound pick and form team pools and stuff - Is under my RQ BRP page on sidebar links. Such abilities as these coins and was good in a deadly game like BRP which it worked well for.

Halflings might get +1 point Theives +1 per Level as special class ability
The special benefit of a lots of choice skill based theif is to get a extra point per level to mae up for my lack of xp differences and made my thieves more popular after 20 years no thieves. Many players would buy a thief from prison then charm them. Now players take extreme physical feats and lethal ambushes. DM could be mean and allocates coins to boss monsters or the all knowing dungeon spirit.

All this stops extreme deadly stuff and is fun used imaginatively. Also gives players narrative option and might make being kidnapped useful like in the moves and unlike most games. I guess you can have deadly horrible threats in a game that wiser characters can avoid better. It seems to be satisfying to have escaped peril with such a scarce resource. It makes clerics and wise adventurers better.

Ive had players use to not critical hit possessed ally, not die in first doorway or trap, inflict more damage on a boss or to finish fight faster, have that one thing they decided they left home to save ENC, confront a boss or stop them escaping, enhance spell damage, and more. Stops foolish or new players saying fatal stuff. Certainly the use of prop based luck system is good. My next character sheet might include a place to stack coins. Could use real coins or poker chips too.

Plus using cheap toy pirate coins is entertaining - they are a fun resource.

Posted by Konsumterra at Wednesday, February 22, 2017 No comments: 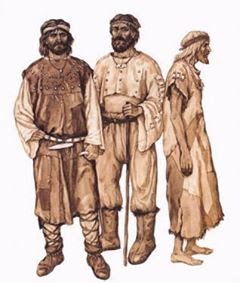 Terrible Campaign Ideas: Bankslund
The characters belong to a tribe of stone tech hunters and gatherers where wizards use cliff faces and cave art and bark for spell books. There are some inter tribal battles and trouble with giant lizards and carniverous flightless birds to fight or domesticate (also diprotodon giant wombats). Tribes worship giant magical snake spirits and other totem animal spirits.

A strange sailing ship of advance orcs arrive who try to trade steel and communicate then leave.

Years later orc fleet returns with convict prisoners of war intent on settling. The tribes might unite or try to make a deal but more orcs and their strange beasts like wolves and riding boars arrive and it becomes obvious they are not leaving.  Players might try to make peace but a Orc scientist declares humans not sentient and a plague breaks out. Tribes wage guerrilla war and struggle to unite. Even if a treaty is made and the orc governor declares killing and robbing humans is wrong many orcs keep trying to do bad things. A few orcs are hung for murder and orcs become sneakier and many racist official orcs help organised massacres. Orcs introduce their devils and demons to the land. Half orcs are bred to help track and hunt humans, they worship demons and break sacred taboos. The best humans can do is to learn to fight guns, possibly steal guns and perhaps flee beyond the frontier. Later a gold rush starts and orcs and goblinoids and trolls flood the land with steel and guns.

I haven't thought of a happy or heroic ending.

Perhaps elves and dwarves wage war on orcs or players can muster supernatural aid to drive orcs back to orcland. Whatever happens humans will have changed and characters will have shaped the destiny slightly of their people.

Maybe i could write the terrible fantasy novel Australia has been looking for.

Sadly this is pretty realistic and Australian history mostly covered up and willfully forgotten. "I didn't do it so not my problem" is pretty common reaction here. "I just live on the land and enjoy the benefits of the people who did" would be better response. And it is still happening daily. Land rights for natives have just been robbed and given to mining multinationals. Mortality and prison rates still high. Children still taken away at increasingly high rates. Etc

This is good stuff
http://www.sbs.com.au/nitv/article/2016/04/21/8-war-heroes-you-didnt-learn-about-school
http://www.sbs.com.au/firstaustralians/ - whole tv series
Look up "dreamtime stories" on youtube for lots of myths mostly about people being punished and mutilated for breaking taboos
Posted by Konsumterra at Tuesday, February 21, 2017 No comments: 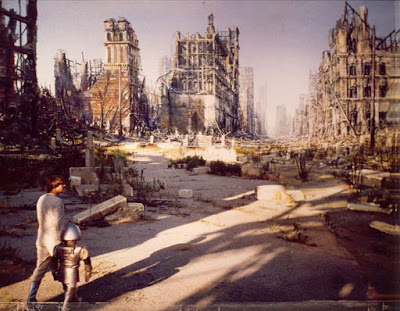