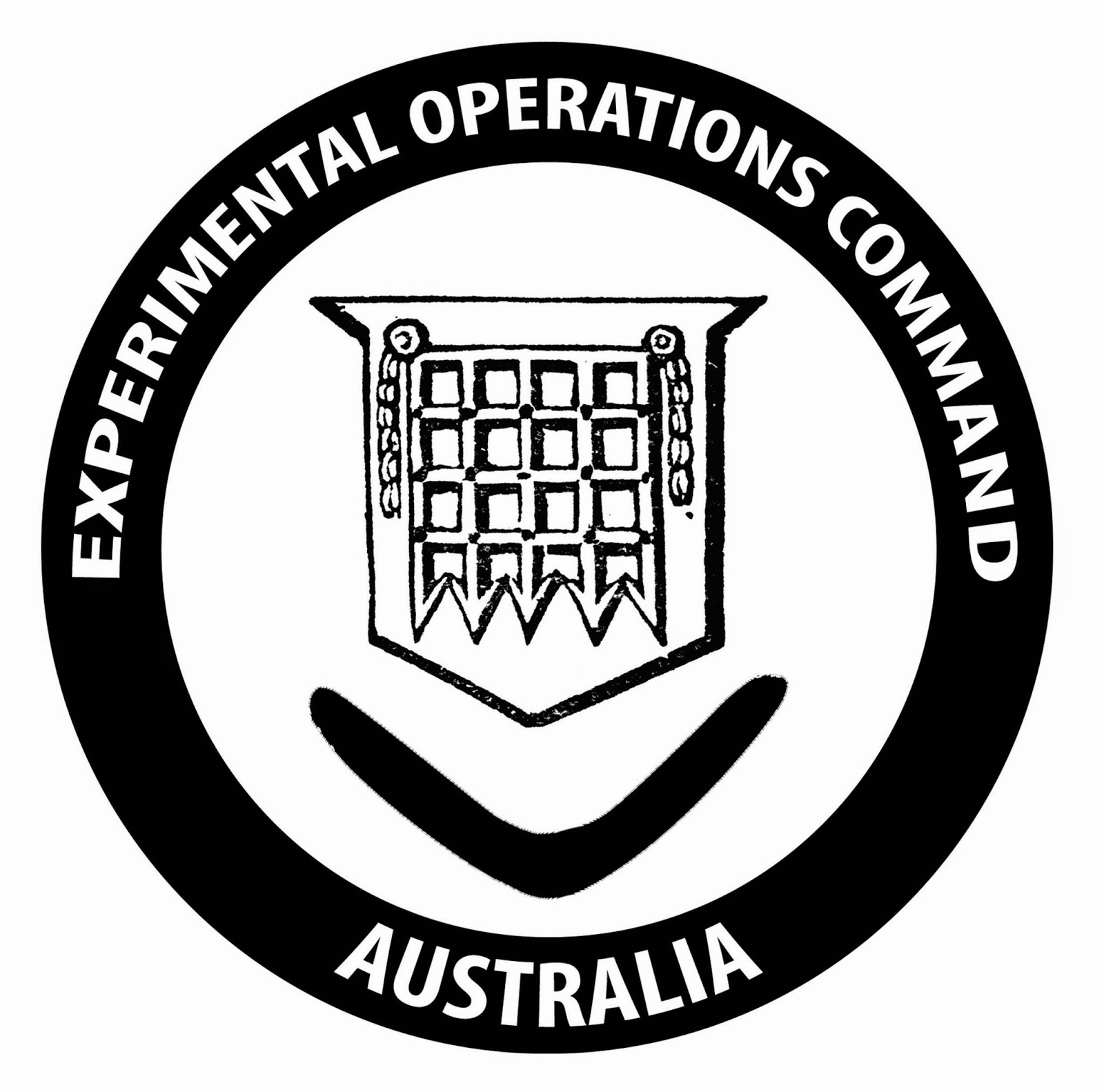 A really good day but tired. Feels like exam mode after days of prep. One player said I was best prepped GM which was nice. Another player who made the long stairs wiki had read all my stuff and said nice things too which was a huge surprise. So always nice to receive acknowledgement.

If it happens i can do metamorphosis alpha and RQ2 glorantha and possibly empire of the petal throne one day and possibly gammaworld and Marvel superheroes TSR version on 80s day. A cheeky lad asked which thulhu gme I ran. I said old one he said didnt know so I said one been around for 30 years. I have a preference for BRP or 1980s d20 and i dont really see need to try new things that have yet to interest me. I like a bit of crunchy wargamer derived rules that i can strip down or up if needed. I have many other RPG's i mostly use for ideas. 20 years away from DnD and now I find simple abstract unrealism has advantages. If it aint broke dont fix it. For the record like my dad i remember only one joke. I cant remember songs i wrote for performances or catch phrases but I can improv for hours. So learning new systems not my thing.

One friend had players almost come to blows over bullshit.

Last con I was poor, limping up stairs and felt i didn't know anyone. Now I know half of everyone, have moola to spare and am fairly healthy. If I can get my anxiety over work and money resolved next will be good. Im owed thousands and I avoid people trying to pay me. It's a bit crazy. I have 10 thousand in back taxes owed me and I just avoid it, remaining in my rat infested warehouse.

This mornings Cthulhu Metropolis had very skilled roleplayers who did german accents and many knew genre I had made well. Familiar with HPL and Silent film. I also added a gold nugget with the map as extra clue in the style of Insmouth artifacts. Played their secrets well and felt less like being jerks to each other. Played with money in game and talked about their work lives.

When In Yashiwara club host burst open from Eihort brood, Investigators quick to bond and rationalize knowing each other and the victim. Anthropologist Dr let people believe he was a medical Dr and he kept stealing drugs. Film maker actually an android spy from Czechoslovakian company RUR led party. Men went to rich players house to suit up and grab supplies while women went to film makers to get props from her mountain climbing movies. Secret policeman disguised as worker in stolen suit noticed many religious relics in idle rich youth's mansion. Met at anthropologists house found clues about nuggets in Polynesia and Insmouth. Also references to catacombs beneath the earth. The rich youth a secret christian offered to take to cathedral. Managed to skip many planned encounters and got to church and enter the subterranean world.

Found many strange characters and things including caged women and children, a gang member charging a toll, a strange man with a RUR automaton and a book, a albino lizard scared off with a gun and even Rotwang looting a hospital in a ruined war bunker. Eventually found the chamber on themap they had found on body in Yoshiwara. Came across cult temple wuith ten cultists around a well with 5 stone pillars and a man begging for mercy on a altar. The atractive dancer sneaked up to a pillar an while party watched she skillfully sunk a twelve inch butchers knife into a cultists neck. Gosh muttred rest. Then she grabbed anpther and sliced open his abdomen letting his innards slop on floor. Rest took a san loss. Party charged and secret policeman went to save man on altar and shot cult leader. Film maker pulled her .32 revolver and shot others while youth fired shotgun (only a 20 guage) peppering several. Other party members went around sides kicking over lanters. A third of cult killed in moment the fight was on. Anthropologist wrestled with cultist near well. Dancer stabbed two more and chased several away. Cultists tried to get knives from a trunk and battled more adventurers. The secret police man looked in the well and saw the god. Shit. A tendril grabbed his face and he grabbed it holding in a lump of something it tried to force down his face. A police woman knocked cultist int well then beat off tentacle from mans face with a club. Finally the god burst free. Most of party near well fled. Anthropologist and rich youth stared drooling from shock. Dancer with knife chased a cultist down a passage never seeing the god to murder last cultist in her trade mark serial killer style.

Secret policeman reported he had eliminated a worker organization and returned to work more determined to stamp out worker revolts. Police woman shaken and told nobody.

Anthropologist and secret christian idle rich youth awoke hours later with wet faces and fled. Anthropologist went home to consume drugs and wondered if organised crime would kill him before the brood burst forth. Youth gave all mone to church as became a monk awaiting his death.

Film maker returned to Czechoslovakia for repairs. She was stabbed in battle which did not seem to bother her. She had turned icy cold since seeing the god. She was debriefed by Rossum's universal robotics and found defective (story could not be true).

Serial killer dancer spent several hours murdering people she met in catacombs and returned to Yoshiwarra club, content she had found a hunting ground where no victims would ever be missed. (I might add her to encounter tables).

A very good game. I was worried they were so efficient but fight lasted a long time and instead of running early went 15 minutes over.

Long stairs only had two players despite my new poster i made (sniff). One being a fan as big as me helped. In the orc horde charge monsters got into trenches and killed machine gun personnel and many injuries.

Had enforced R&R at base then went on the rescue in the redbrick zone. Smaller group actually penetrated further and dealt with more traps.

After rescuing several soldiers (very careful were not infected and handcuffed them). One point a big minotaur saw gun drone and charged (was sent by goblins watching party from spyhole party taped over). Minotaur was blown to crap. While party looked towards sound a door of kobolds opened with a crude Greek fire projector but front ones shot dropped the device and started a fire. A goblin pirate threw a iron grenade with a fuse which killed drone. Party killed many goblins with a grenade. Party pulled back and one shot by goblin flintlock pistol. Found a big shiny lever and tied rope to it and pulled back. Hoped it would open a locked gate. Trapdoor above lever dropped 6 ghouls in auscam uniforms. Grenade and sustained fire wiped them out. Collected dog tags and gits in bag. Got out with three rescued men and a treasure chest so did not get yelled at for losing drone.

A week R&R to recover then off to newly built kobold dungeon in mostly incomplete state of a building site. Drone spotted kobolds. Spotted dandy wizards fighting and moved to ambush them. Quarrelled how these non earth civilians fell into rules of engagement. Scout off to side with rear sniper saw ogre move towards them and fire. Ogre got cover. Wizards heard guns and stopped fighting and one cast sleep spell taking out all but 3 troops. Other wizard magic missiled drone. They both ran and sniper shot one in leg. His mate dragged him to a bound of rubble and horde of kobolds charged. Scout started to wake men who caught wizards and dug in. Sniper and grenade launcher got on stack ob bricks and badly damaged kobold gang. Terry the scout climbed up mound and helped to bring 40 kobolds swarm down to 4. Three scrabbled in rubble failing to get up but one got up and stabbed terry with a shortsword. While several specialist support crew with pistols mopped up the four kobolds other horde on right flank surrounded troops on pile of bricks trying to climb over each other to get the soldiers on top. Archer stopped the grenade helicopter drone with arrows and another soldier was caught by 12 kobolds (from other group of 40) and cut into chunks. Last kobolds massacred and troops pulled out with two dead and some nasty cuts.

Leveled up an as had some time let them adopt 1st level. Some tainted by magic become waizards but most fighters and thieves and a few clerics. One scout learned bow which i had never considered before. Different to prior game and fell over each other less but glad worked with only a few players.

Octopus Princess quest went nicely but this team a bit more violent. Once again a girl used ventriloquism and illusions to fake divine wrath of sea god and even had priest and sherrif acompany them. They rode a charmed human around and chameleon like added themselves to his body which kinda looked disturbing. Sheriff took them to priest to be exorcised and they had charmed bait shop man. Managed to get cats chasing them to get into fight with junkyard dog. Used priest and illusions to get whole tavern into a mob but arguments and trouble managing o many humans so cast sleep on whole mess leaving them snoring on the roadside. Managed to bribe awful children with promise of sheriff's gun. They ransacked the blindman house throwing his stuff into sea and blew up sherrifs house which Princess Sparkles and Prince Darrien had left all locks open including powder store. While opening a window illusion dropped of holy glowing trident of sea god and priest escaped to awake sleeping mob. Octogang found fisherman wife murdering the captive octopus peace delegation to surface and beat her up. Freed the bitter old otopus prisoner and he finisher her off. Scared boat builder off his laddr and he attacked them but old octopus cut off his head with axe. Later party climbing into lighthouse to see old octopus  strangle the priest. Finally found pearl in blind mans attic and fled to the sea. Brincess bubbles returned often to the lonely lighthouse keeper and blindman who were only nice humans in town. When grandpa the sea god bounced returning kids on his tentacle beard, Bubbles called him Pappa Cthulhu.

Finished faster but more bloodshed and turning humans to their side. Big fun. I could add locations but have had several requests to run again. I dont know what a sequel would be like. I will use the board map to take to work to play a nicer version with kids at work when i do a game design workshop.

Will go to awards and dinner on Monday holiday. In later con this year will do gamma world (2nd ed on my beaver island setting) or metamorphisis alpha. Old school con if it happens will change all this.

Next Friday a holiday to and my birthday so running characters from my last 13th lv Exile DnD with planet Psychon characters invading hell in a double length session. And I have my tuesday DnD game and Vikings next sunday. Awesome birthday gaming ahead. Normally was my hardest working month but taking it easy been good for me and let me recover instead of being sick like most of last year. 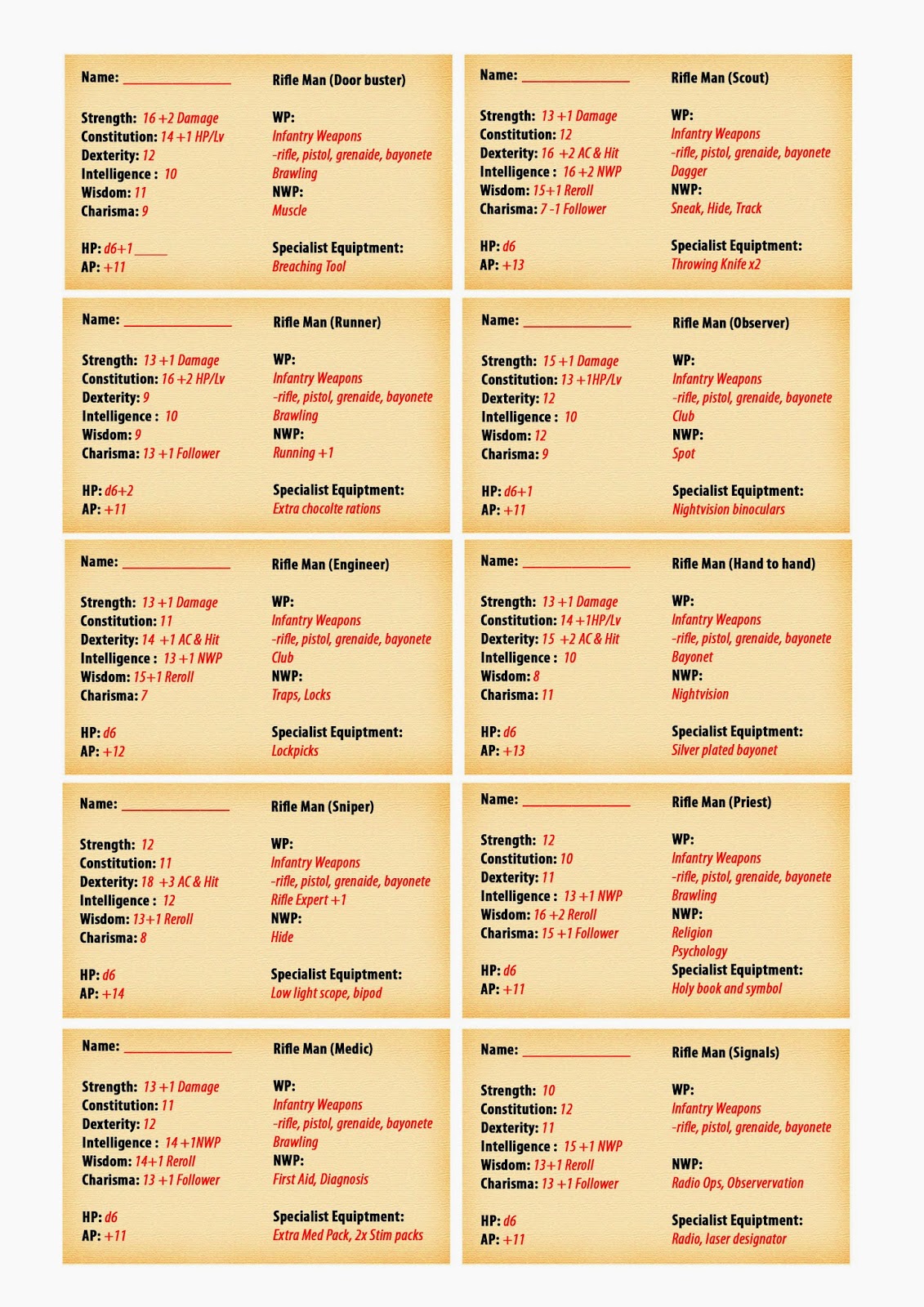 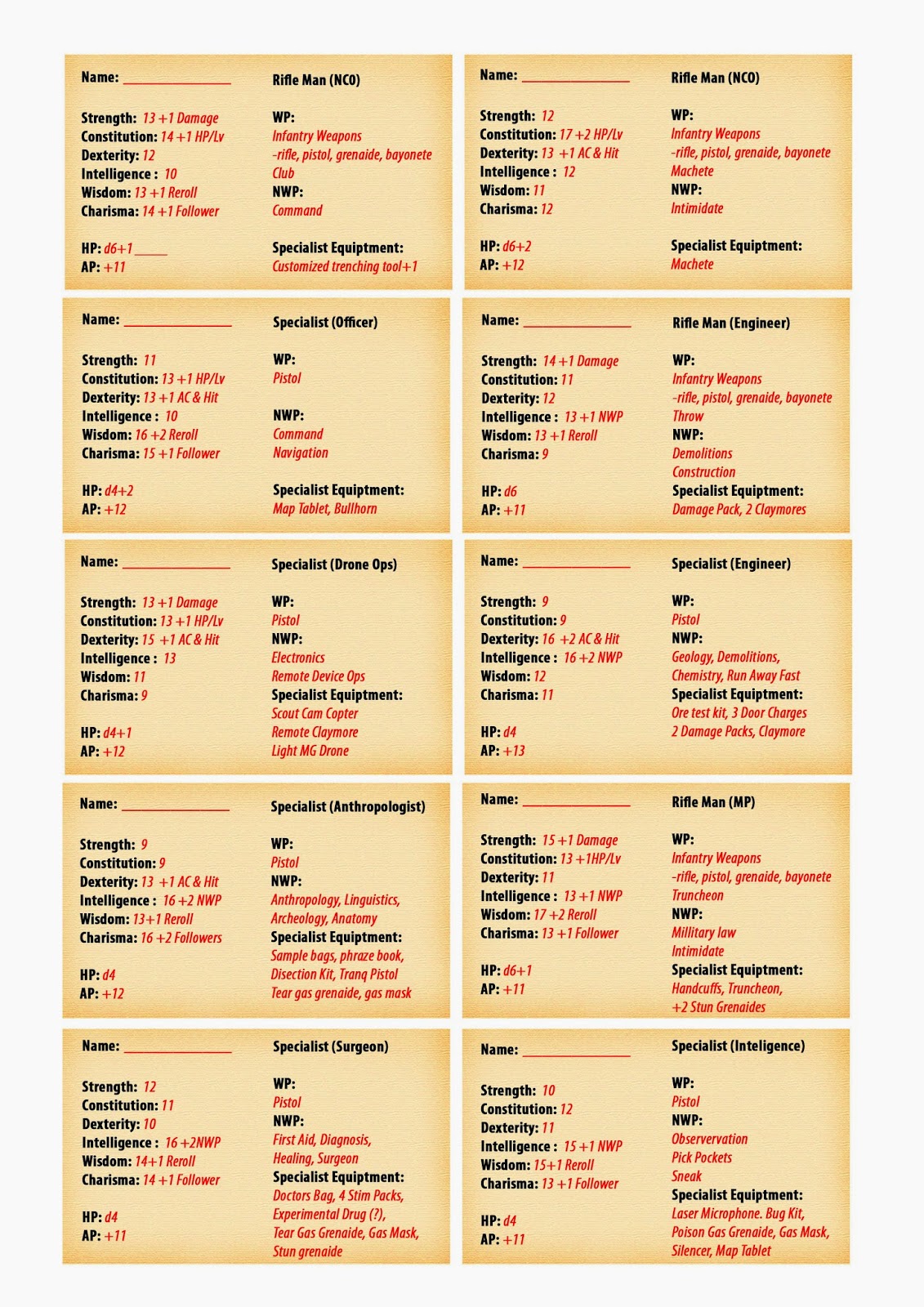 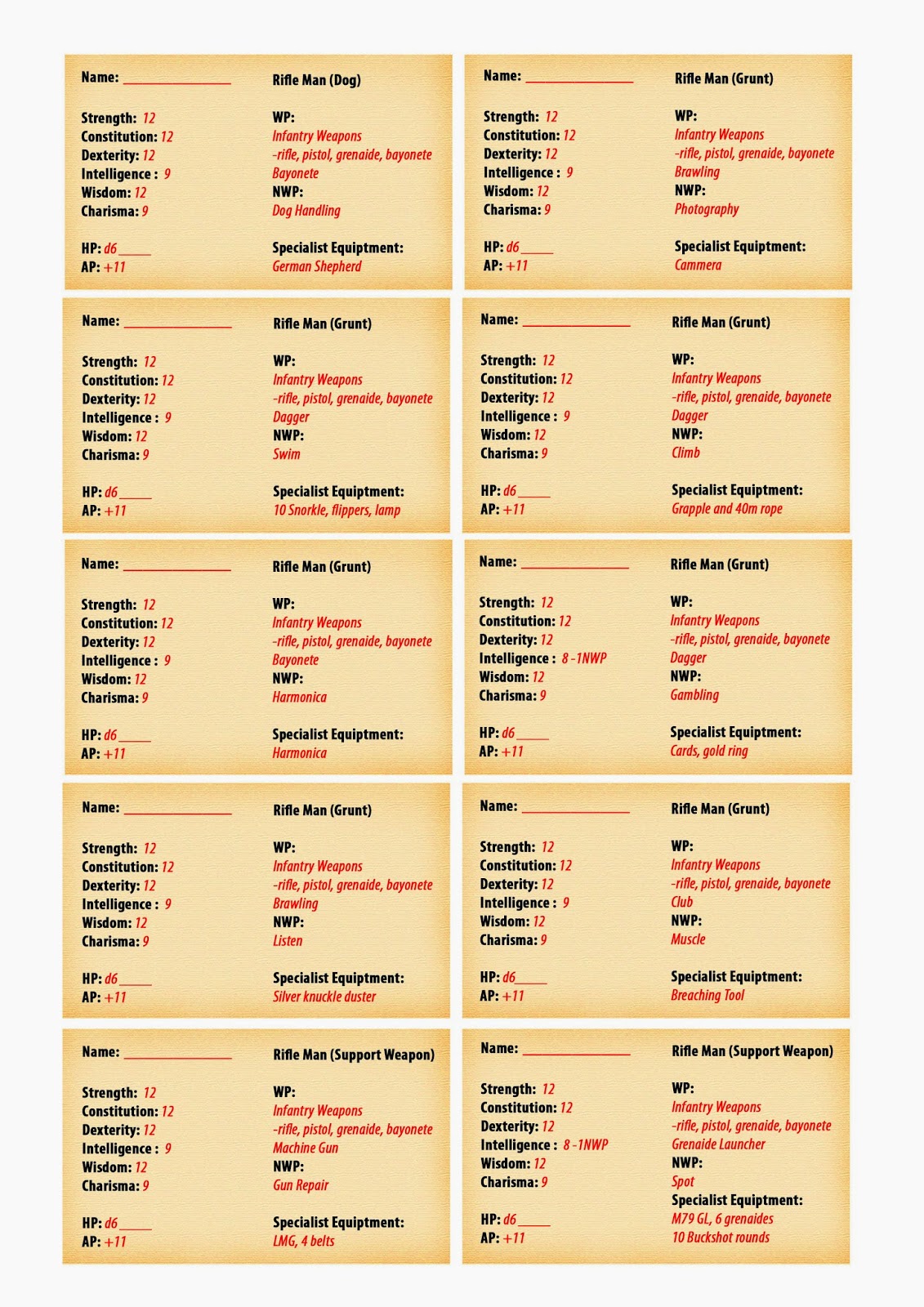