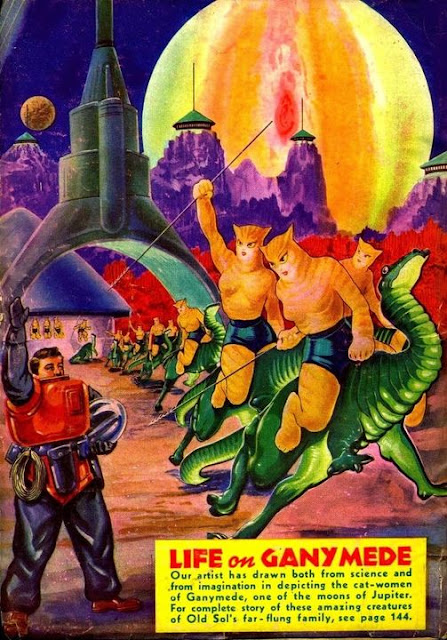 Following from last post and detailing Aliens to contact while exploring space and searching for early colonies. Real aliens are rare. Most cantina freaks are modified colonists who adapted to survive without terraforming or just to be distinctive. There seem to be remains of prehistoric galactic civilisations that destroyed each other and most civilisations. They built hyperspace and manipulated lesser species as pawns. These ancients seem survived by their creations and servitors and many deadly weapons of genocide left as traps. My real aliens are not very human.

After my Space book, I'm writing to synthesise it and redo and make into a weird space horror, colonialism and archaeology setting with a single continuity hopefully to cover a 30k timeline of space shenanigans. And I guess the plan is to rewrite for my homebrew rules and SF elements of my other post apoc and planet psychon. Also, I'm now nabbing original star frontiers modules as POD. Lots of little projects for this I will play with on my blog. Mostly will involve revising and fitting in to my current homebrew rulebook system and using my psionics rules more. Its not a big leap from making a players book for my post apoc game. Possibly at moment to make you psionic you can enter hyperspace unshielded or receive an implant and go into hyperspace unshielded which has different results. The latter will be "navigators/sorcerers". The non implanted will be more like psionic mutants. Ship psi exorcists or inquisitors will be handy on any voyage of exploration or uncharted hyperspace routes

Still unsure what weird dnd universe things should and should not be in it. Do people turn undead or have oaths or would that be more like becoming more fanatic in your spacefleet code or in the name of science? Alignment. No would be easy but also I'm prepared to consider rationalising stuff in weird ways.

Fighter
WIzard - in my current post apoc game they have software modules for spells that burn out and reinstall from their computer - not so sure in this setting but maybe something more like having brains altered by over space beings and requires codes and phrases to unlock but causes brain damage and memory loss - also could just don't do it or more for npcs not credible space corp agents. Make wizards more a threat and somehow evoke alien ancient hyperspace apparatus - teleporting hastened space marines onto enemy ship sounds cool
Cleric  - Exorcist, Inquisitor, Cultist
Rogue - Pilot/Technician/Medic (X dam multiplier on healing?)

Sorcerer - Navigator, Psion, Channeler
Bard - Diplomat
Druid - ? possibly carrier of alien life form but dunno - maybe linked to particular planets ecosystem by some common organelle actually part of some ancient technology allows druid stuff to work but a problem for planet hopping - possibly more for npcs
Monk - Agent
eldren, morlocks, , mutants, robots, as in my previous volumes
abhumans - including androids and various designed humanoids
a few races will probably go or get reskins
d12 Quick Contact Aliens
1 Aggressive territorial species with
2 Uplifted species made by a more ancient species
3 Cyborg species (possibly hijacked humans)
4 Species altered by bioweapons into a hivemind by ancient technology
5 Utterly xenophobic possible fighting ancient galactic war
6 Younger species using ancient technology
7 Biological constructs made by a more ancient species
8 Cybernetic constructs made by a more ancient species as servants
9 Alien android humanoids made to kill humanoids by some ancient species
10 Survivors of civilisation were destroyed after finding an ancient alien artefact
11 Species being altered by some remnant of ancients or entities from overspace
12 Ultraterrestrials in hyperspace and ancients in hiding may use servitors in normal material space while they hide in Dysons spheres in hyperspace 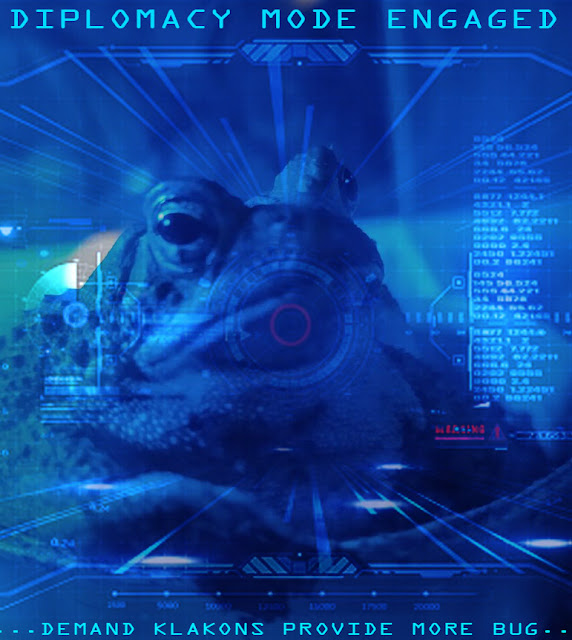 So one of my dream campagns is to run my Commonwealth Gunship Campaign where a fleet of armed FTL ship is searching for hundreds of much slower one way colony ships sent out 200 years earlier. Some weird stuff has happened in that time.

These will work along side my space book niceley

So these are for exploring ships to meet stuff while searching for signs of lost colonists. Aliens can be fakes or just creations or minions of an older species. A black op is running along side the colony searchers to fake an alien threat so they all agree to join the commonwealth. Its totally illegal and the characters could exposes this. Other factions might try this scheme on a smaller scale. In my setting at least one adventurer crew released a abhuman lab made species to expose the program with mixed results. Some of these have started colonies with clones using stolen colony technology. Possibly some found a colony gen ship struck by a disaster and used it. Lots of colonies modify themselves. Its cheaper than terraforming and sometimes people designed to do the terraforming object to making the planet hostile to them and take over. Coloured skin, facial features, eye membranes are the most common changes. Some have elaborate colour patterns. Abhumans are made from plans for labour or combat troops in a shortage and meant to be obsolete but sometimes they don't agree. Some colonies use abhumans or androids or robots as a bottom caste.

Posted by Konsumterra at Friday, April 22, 2022 No comments: 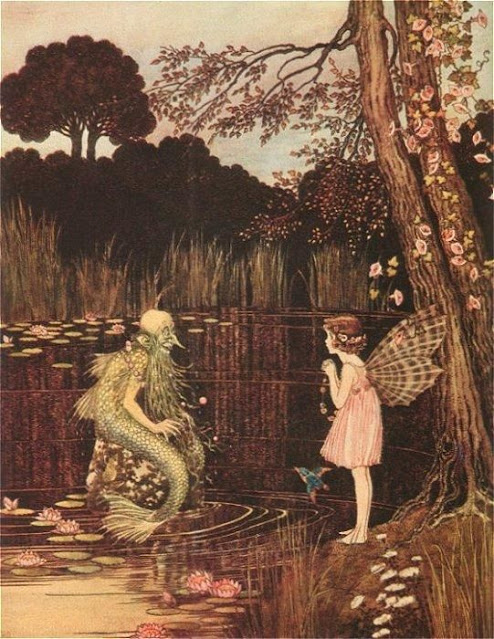 Auldwood is the dark forested region away from the more built-up coast. It is famous for a few things. Being haunted and backwards are the most popular assumptions. It has various knights estates isolated by thick forests and even they are reputed to have weird customs. Many refuse to travel here but local regulars are often ignored or protected by spirits who keep them safe from their strange neighbours. There are lots of robber knights living in the many regional ruined estates and gruberholes.

Auldwood is a project I have touched a bit and I am working on some more things for it. My Patrons have a few times said fairytales and knights and spooky stuff are desirable. I have a few d100 tables and might make a list of usable past posts. Some of my court and noble tables will fit in. I had started basics and a map for 3folds set here and had a map area and towns detailed. I might make some simple maps for theses locations. It has lots in common with my Anglersland setting which could be NW. Id like to map the Sea of Woe with part of the sth continent, Exile Island/Monster Island to the north. I designed some Islands id like to stick in between previously Angerlsland, the South Land and Exile Island. Ive been reading about Orkneys, Shetland Canary Islands too. My stone age campaign affected lots of the north frozen continent. My Exilon campaign is about 3000 years before my typical DnD Games. Ill try and do some other adventures and bits for this setting as tables here and adventures and zine content after Anglerslund.

I have considered working on my western lands where a large advanced naval & magic island of Waerlund (kinda Elizabethans human/elf civilisation and a continent of the most technically advanced kingdoms who war constantly over religion. Occasionally a horde of barbarians or humanoids invade and everyone unites for a few months then back to fighting. More like 1490s-1540 Europe but more diverse. I did enjoy my longest Shadelport game where people sailed quite a bit (or had a zombie galley). On my map this region is the east. The mysterious west is feared by the other lands for its drug empire but in reality, this is only a small fraction of quarter of the world. I have Yoon Suin, the Purple land like area below this and lots more. The regular campaign people are ignorant of for a thousand years.

When you walk through Auldwood, off the roads or at night stranger things come out.

There are many small spirits. Some are old as the forests or remnants of when elves greened the world. Some wee folk , Peoples spirits who once lived here long ago have changed in strange ways. Many of these spirits and beings began meeting in the dreams of humans and many creatures will manipulate humans through dreams rather than be seen by them. Most people get a saving throw vs this and some spell casters have spells to deal with this problem that can prevent such creatures. Weird overlaps of bright and dark faerie folk, aeons of damned souls and strange dream creatures are described here.

Obviously I regretted starting this and it took longer than I would like. 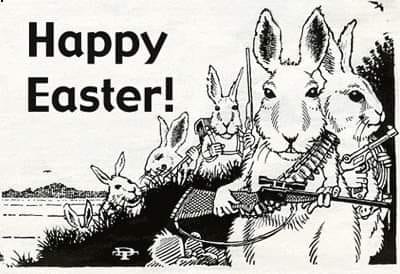 Hoops are giant humanoid-rabbit mutants with a knack for firearms and are to turn metal into rubber somehow. They often ride horned riding jackalopes and they are well known for being jerks. They can get along with people though. There is an ancient festival called Easter. The ancients celebrated a magic rabbit who gave away chocolate eggs he got from somewhere to feed the survivors of the apocalypse. The rabbit saviour freed life from the machines by dropping the big egg long ago destroying the old world with fire.

After humanity reached the stars and fell to ruin in the war two hundred years ago. Somehow Hoops have uncovered ancient cartoons, ruins of a bunny club, dolls, breakfast cereal and especially remnants of easter. People who live near Hoops get ready with bunkers and keep their pets safe indoors. It is possible to placate frenzied hoops with chocolate bars of the ancients. Chocolate rabbits and eggs appease them the most. In some cases, marshmallows or solid sugar may do.

If not appeased hoops will rampage around the region stealing vegetables, digging holes and throwing their coloured "egg" grenades as "gifts". They do select grenades in accordance with their past dealings. People sit in their bunkers and foxholes in fear of that first coloured egg and if it is a gift for a friend or something deadly 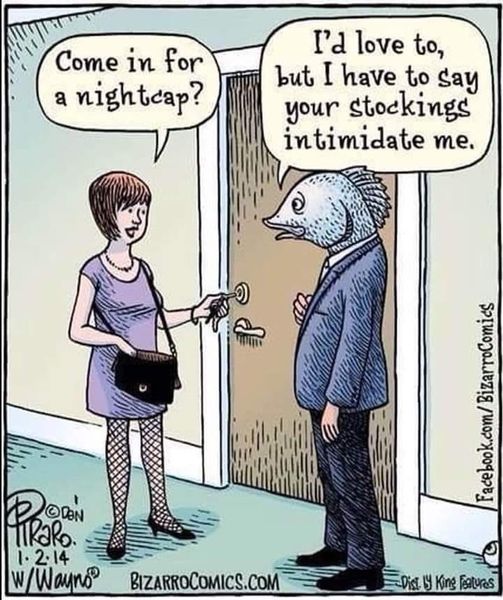 So in my games, I don't often use sound fx. In Call of Cthulhu I occasionally showed some scenes from film a film version of a HPL story. So I made playlists but most often I would put on a bunch of happy pop jazz on the start of a game in the real world. Possibly some classical or some jazz for more low key investigation music might be a good one. The final one was all darkwave ambient mythos inspired tracks which are pretty good for any dungeon environment too.