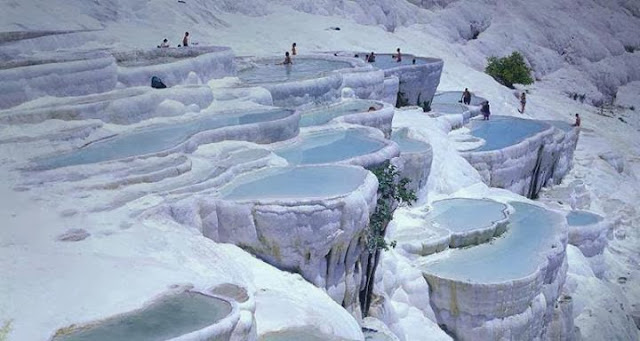 Got bundle of holding for OSG. Liked Stonehell and adventures of the conqueror king. Vornhiem was main reason I got it but disappointingly not full of drooling sexual depravity as one reviewer promised. He must be better at reading between lines than me. One post on space gods coming soon then I better get some new inspiration. Lost world fantasy ytables would suit my next DnD game.

Ran some new players from school of dramatic arts which was funny. Character gen very fast and streamlined nowadays. I running players when other group too big which i like doing. Had an elf and a fighter which went well. Hunting evil squirrel (tree full of kids bones). Robbing cult tomb then into dungeon to kill wizard Niblix lord of the one eyed blue kobolds. Lots of fun follower flunkies.

Aeons & augauries doing hex maps based on my ideas and gone strange new places i approve of with them. The linked blog has a map in progress and I really wanna see the graphic map key for hexes.  This and previous post worth a look for Psychonian type weird science fantasy cosmos (is there a good plural for cosmos?). I really like this approach and I look fwd to see its development.

Revised Sacred Terrains of Psychon
When i first did this table i had only a d10 colours and added jet and ivory later but always demonstrate not like any modern human - i never added sacred terrains for these colours so Im thinking about two terrains more. Original version here: http://elfmaidsandoctopi.blogspot.com.au/2013/04/planet-psychons-glorious-geography.html

2 Sprawling farmland with villages and  farmhouses with some patches of cultivated woodland
3 Sprawling farmland maintained by machines and robots, monoculture crops and herds
4 Ruined ancient suburbia with inhabitants battling roaming gangs of looters
5 Citadel with extensive urban sprawl, surrounding villages, parklands and wilderness
6 Crisscrossed by roads, overpasses, train-lines, sub tunnels, pockets of ruins and wilderness
7 Multiple domes surrounded by ruins or villages, may contain ancients, isolated utopias
8 A large city surrounded by several towns with high population
9 Settler farmers, miners and colonists from elsewhere rapidly grabbing land and territory
10 Civilization living like some past era or humanity unaware of the rest of Psychon

Developed is basically wilderness in decline versus civilization and settlement. A good location to try out some culture from some other game product. Magical 1920s sprawl with bugbear bootleggers, brave new world civilization or a typical fantasy DnD world or something else. Tend to be wary of outsiders. Good places for players to visit then launch an invasion or disaster on them.

Hostile resemble uninhabited planets rather than typical psychon. Populations are lower or mostly in subworlds. Some populations come out in occasional safe times or require survival equipment like masks, suit etc.Players could br forced into shelter or subworlds here.
Posted by Konsumterra at Saturday, November 09, 2013