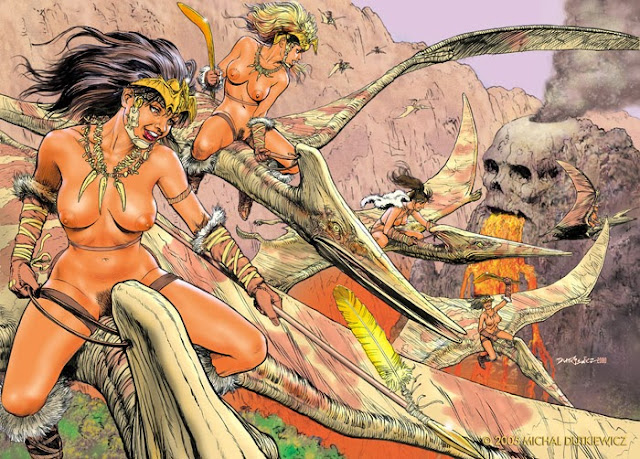 My heroes at 12th level sick of fighting hoards of weaklings want foes with teeth so dinosaurs are the answer. Plan to fly to monster Island and fight through island killing elder races and robbing them. Battling T-rexes and eventually fighting dragons on way to hell.  Here is what happened.

Island has a no scry zone yet they have been scrying on mainland of late. Found chest with scry spy notes (actually was given by strange fellow to bard). Linden the Bard, his Dwarf BaBa, Sorcerers Zorg and Clarissa and Two Viking lords scouted in a flying carpet inspecting ruins and looking for life. Saw dinosaurs and miles of ruins, step pyramids, plazas, roads and more. Squadron of reptile men on Pterodactyls scrambled led by a triceratops man priest.

Clarissa summoned two pterodactyls and the vikings jumped on them and she jumped on one with leader. Linden charmed two birds with a fear song and downed them. Zorg paralyzed priests mount with wand sending another rider to aid him. Swooping and nipping viking's pterodactyls killed several birds and triceratops priest flame struck zorg and the carpet survived. Priest, his new 'dactl and other rider all killed by vikings fast. Rest fled. Party went to look for priest corpse as he had a fancy rod.

Found priest being eaten by plant and managed to kill it and get body. Rod casts a  communication spell. Sent message to home base. Saw a gold altar covered in peeled sub human skulls. Poked with a stick and checked for traps. Giant maggot bit stave and crawled towards viking holding it. Burning hands on the lot. Went to scrape off gold and resisted curse.

Found temple and found 12 tonne stone block trap in entrance that had recently been repaired. Flew in on carpet and found half flat thief corpse. Had an Idol in gold bag and a whip. In central chamber was a altar and depictions of a feathered blind hydra god eating people and a sealed pit. Opened lid and the monster heads poured out. All the flunkies fled and set off pit trap. While none got crushed they trapped party inside with monster. Zorg fireballed in pit while warriors cut heads off. Creature had grown to fit square pit and amongst its body folds were a dozen gold idols. Teleported outside with magic staff of Zorg's. Met worried flunkies and a T-rex charged from jungle but warrior heavy guys creamed it. I'm liking my warrior class mods - wizards looking on with more respect.

Went back to beach and where planned to land rest of party only 20 minute row from exile Island by viking longboat. Overlooking harbour on cliffs where 3 step temples. Ship landed with more vikings, Sneaky Pete, Bambi the rogue and Zorgs bodyguard, Gary. Went up to temple and a beautiful maiden staggered out with whip marks crying for help. Linden the bard and Sneaky Pete stabbed her to vikings surprise and threw her corpse down the stairs.

Her body morphed into a doppelganger and vikings impressed. Party marched in when a great chain net fell. All but Bambi escaped to be swarmed by a nearly a hundred kobolds. Many took a few hammer and hatchet blows but Bambi also the least armoured was dog piled and took over 30 damage. Vikings slaughtered a swathe through them freeing Bambi while Linden charmed a gang and made them form a wall. Other warriors mopped up the hostiles. Found a pit with a hook horror being worshiped. Threw him so much dead kobold it was sick and sat down depressed on pile of kobold dead and 40 000 coppers. Party considered lining boat in copper. Blood flowed down the temple stairs like the good old days.

Sent charmed kobolds to work building cages and put hook horror in one to sell back home. Next temple had a shack on the front from a stranded pirate but inside a group of mongrel men were chanting and ripping out heart of one their kin and blessing cult with blood sprinkles. Zorg sent in a fireball with his Law granted power of max damage once a day. Two survivors, rest were ash shadows. They bowed down in worship and got thrown into bamboo cages by vikings. In the pit was giant frog with metal plates, bracelets and masks in copper and gold. Vikings jumped in and killed it.

Next temple inhabited by savage pierced tribals with Aztec like weapons. Party poured in and killed them. Linden suggested the bodyguards kill their own priest. Found gold idol with some kind of remote viewing link for a distant observer. Pulled it out and wall collapsed revealing ancient vampire bat goddess and a human skin book describing her rites. In god pit was one of her sons. A huge vampire bat so bloated he was stuck in the pit with just his head visible. Threw him his cult corpses and he screamed for more. Vikings and Gary the warrior and BaBa finished it off finding gold statues in its furry flab folds.

Party satisfied and set up base with temples and dragged boat up on hill. Plan to develop whinch to drop boat over cliff and build a fort. Wow this new world pillaging is a cakewalk they thought but at least its novel. Of course the reptilians are aware of all of this and leaked that book of clues to the party. Lindens bard school was one of their temples and he wears the crown of their naga goddess. Zorg discovered 350 pounds of bat godling dung was a narcotic. He convinced his man Gary to try (who eats anything) and he had fevered visions of climbing the bloody step pyramid of the screaming vampire bat goddess in the abyss. Not sure who will want to buy this but Zorg had all collected.

Monster Island Zone
A lost world covered in primordial jungles, tar pits and volcanoes. In fact it is the crater where Tiamat left this plane through a super-volcano. Where dinosaurs guard prehuman and alien ruins. These lost prehuman races ruled before human kind and enslaved them as cattle. 11,000 years ago Humans rebelled in Shadel Port and the lost evil races fell. Then the necromancers ruled a thousand years using only stone, clay and muscle. After the evil shadow years started the rule of the living free men of the world. But on monster island men never rebelled. Humans once former cattle live as cannibalistic scarified savages in the crater remains of the monster empire, along with all the other survivors. The lost races held on living among giant monsters and killer plants and natural hazards here. In the center is a volcano that dragon kind emerged from. It leads to hell where Tiamat lies in the fiery pits of Avernus spawning dragons to ravage the world. On the snowy peaks around the volcanoes are the remnants of great behemoth mammals from the early glacial dawn age. The island is surrounded by titanic sea monsters.

Rebel Races included
8 Humans of many tribes one which became necromancer dynasty
9 Hawkfolk including eagle and albatross and ibis folk
10 Catfolk including lion, tiger, panther folk
11 Dogfolk including wolf and jackal folk
12 Tako octopus fairy folk
13 Changelings being various shape shifting breeds
13 Centaurs are savage and love war
14 Halfling are a diminutive version of humankind with some faerie blood 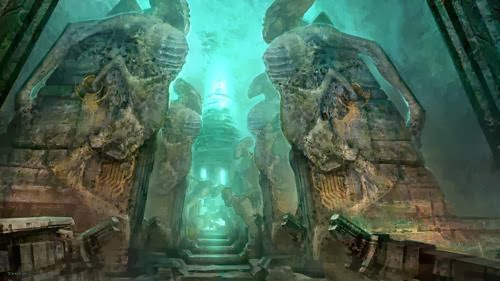 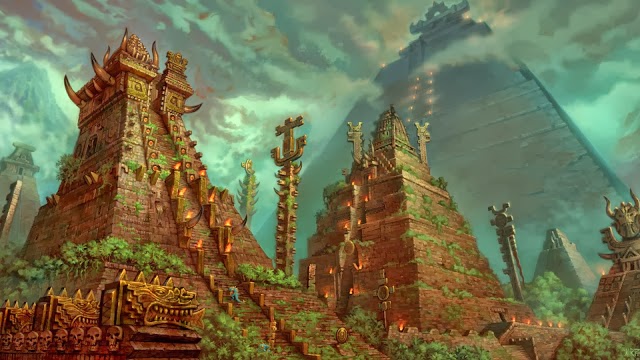 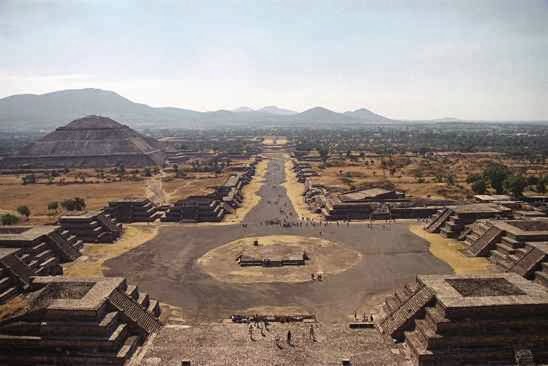 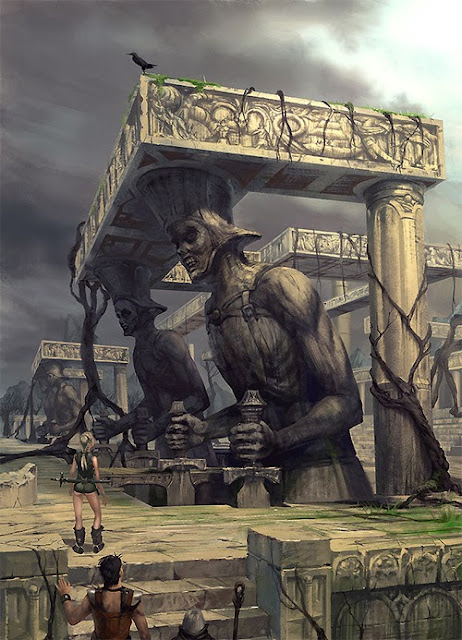