Amorphous Monsters of the Manuals 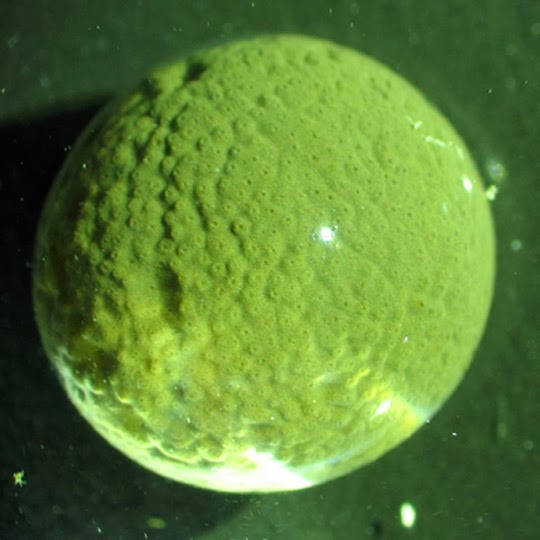 Amorphous was meant to be low forms of life but some DnD ones intelligent or psionic while others dumb as plants. Comparing monsters stats like INT brought up some interesting issues. Some slimes immune to spells, some resist charm, paralyses and other spells possibly as they have no brains or nervous systems. Possibly like undead these critters need common spell resistance like undead.

Have stuck to mostly as is for now. I will do the open source and new content stuff later. Should include things l can use in Psychon or SF too. Interesting this first class was full of critters that kill you. More like traps. Asphyxiate in rounds, paralyse in your sleep and kill you, rot away your flesh and just kill you don't damage like flame breath, acid blood, spells and everything else in game. Monsters with different destroy armour rates. Monsters with own micro rules to kill you all different. Gygax could be a bastard. Trapper and lurker above could have been same thing really. A wall hanging one could fake rock or clever ones could be works of art like tapestries. Both similar attack but different asphyxiation rates and Trapper has wierd damage system that it cant hurt high AC characters with damage.

Possible standardise spells don't effect zero intelligence creatures - like paralyses and psychological attacks. I upped INT of a lurker to 1 as it was described as having some animal like cunning and could be charmed or made to fear and was meant to be a kind of manta ray thing. Ive decided it is more of a evolved moronic trapper.

Have ummed and ahhhed if worms and slugs belong here or open arthropods to all invertebrates. Considered putting fungi here too. I envision class as macrocellular life or colonies like coral or man o war rather than individuals. Abilities are implied to be biological rather than magical one important distinction.

Possibly standardise asphyxiation attacks, and corrode armour attacks. Also could use for a spell or item if standardised.

Have done Ad&D Monster Manual covering section one will start on FF and MM2. Then add some more of my own. Fill in some holes existing. Use wikipedia descriptions more. Revert some things like Stirges (owls), Chimera, Salamander, Kobold to more mythic versions but keep dnd ones as other variants or different things. AdnD salamanders are fire demons to me.


This is my format so far

Adherer, Algoid, Enveloper, Flumph (Stinking Skyjelly or spaghetti monster), Imorph, Kelpie (I like monster but will rename as I want a proper faerie demon water horse - has own microsystem for drowning), Protein Polymorph (needs a better name), Stun Jully, Tentamort (a streach but id rather it be a colonial organism with a stinger not true bone)

Cifal close but more of a bug swarm man. Denzelian a bore. Sandman I will put under supernatural.

Mudman more of a construct. Algoid colonies im happy to be amorphous but Memory moss I will put under plants. Phycomid more fungal. Sandling more elemental.

Some Ideas to Add

Gammaworld Macrobes and some other ideas worked well in Psychon

Draselites in star frontiers might count. Dr Who Axons and Omega's cell guards with energy weapon claw on humanoid blobs. Sure some more Dr who stuff might count. Plenty infectious slime in Dr Who. Movies like green slime, the blob, the thing, hedora, the stuff, space1999 creatures in dragons domain and a few episodes

Will see what other interesting features come from doing this.

Pic is a single cell bigger than some frogs
Posted by Konsumterra at Monday, November 18, 2013