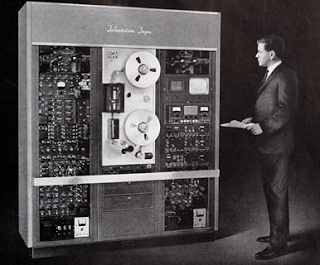 Due to player being away the party was ruled to have split up. So the Hawkman his Catgirl, The Morlock with his drugged Eloi pack beast were searching a ruined city the ancient catmen built. The city was victorian era tech but many mechanisms animated by magic or bound souls. Practice was abandoned and catmen stopped living like cosmic cancer, instead becoming closer to wild nature.

Morlock liked all his tech and filled a trolley with parts from a steampunk cyborg part factory to see if he could build a catman golem like one he had seen in forest but only could get about half the parts. He thought he could settle here with tasty people to eat and mountains of tech. Even huge industrial machines were soul powered but somethinng drained them long ago. Possibly undead.

Hawk found a bunker well sealed and he and his catgirl climbed onto roof. Pulled up the morlock and found aircon he could fit in or a sealed hatch. Morock opened the hatch and they dropped into a ancient well preseved police station. Found salvageable guns and ammo, police badges, coins and truncheons. Hawk found a police hat and the catgirl put on a suit of catfolk riot armour.

Found a suicide police chief body and maps of some disaster but nobody could read cat. On lower floor heard noise and proceeded with caution. Detective offices, front desk and stairs down to lock up but no life. Found wanted lithograph posters some more recent ones looked like brain dead zombie cats. Down the stairs into a horror lair of somebody. Floor was a mess with paper and shredded uniform nests, cells of skeletons and gore spattered everywhere. A horrible meat grinder apparatus had bee built emptying slurry into a bathtub. The moorlock called out in his native tongue and five crimson savage jungle dwarves came out with filled teeth and savage looks with truncheons. They said he could join at bottom of tribe and they could all feast on the cat and hawk beastfolk together. Unimpressed the Morlock challenged their leader to a fight and bested him in quicky killing him. His enraged brother began swearing and the hawkman killed him. The last three morlocks were young women who bowed to their new husband. He started the meat grinder nd threw the loserd in who awoke briefly to scream before delicious slurry filled the tub which the party dined on.

Morlock women said they came from another land struck by disaster and found entrance to tunnels in jungle. Some tunnels predated catmen. Warned of a great blue colossal rat and a robot guarding something. Party killed the rat and got a few nips. In its corpse filled lair were well sealed crates of delicious viable seeds, some having been eaten by rat. Cat girl almost killed, Morlock women dragged her back and stripped her armour. Hawk was worried they would eat her but they were healing her as they were protecting their new husbands cattle. Rat tasted like reptile dung a big disappointment. Lady morlocks skinned it to make capes,

Heard the robot investigates noise in bottom of police station so got she morlocks to make noise and draw it out while others. Tried and failed to open door and while running the robot shot hawk with a netgun. Morlock dragged him away till hawk broke net and both ran.

Stuff this lets just attack. Robot came from hatch warning them in cat speech. It was bronze with tracks, made of three cylinders stacked like drums and claws. One of those robots with souls to animate it noted morlock as the heroes bashed it. While it protested and tried oo fight them off they smashed it to scrap. In its lair was some police supplies, a toolkit, two trunks and a high tech pod. Christmas! Pods contained some common equipment including a mobile phone and a magic gasmask with low light and protection from evil daily. Opened the pod and a white jumpsuit wearing ancient inside. Man awoke looking puzzled "how may i serve". Reading the instruction book he was a replicant house servant. Warned to look out for personality aberrations especially towards its warranty expiration. Hawk tasted him to be disappointment in how dull a real ancient tasted.

Followed some tunnels. One went to sealed door another to an underground road. The door had a mechanism to crank open door and handle in new toolkit. Inside a plush foyer with muzak and 8 elevators. Looked at desk took pass from doormans corpse. Complex was ancient and occupied by catmen possibly escaping the disaster. Replicant offered to call ambulance for withered corpse. Left flunkies behind and went to penthouse level. Overgrown with yellow jungle with catapiller tracks probably from a robot. Found sealed apartments and open area with robot eating vegetation with claws into toothed maw with rotating spiked drum inside. They said tried to sneak back and it charged. Both bashed it and hawk scratched a bit before killed it. These were ancient robots without souls.

Searched apartments and found one with occupied light. Rang bell and elderly cat ladies in floral frocks opened door. Come inside for tea! Boys suspiciously came in and heard of the life here in supposed paradise and how lower floors crawling in fighting cat youth gangs. Cat ladies microwaved strawberry cake and tried to get lads to drink tea. The said they had to be going now. Ladies tried to stab with poisoned hat pins and morlock was scratched but mostly immune to poison.

Voice spoke: "I am the caretaker leave my apartments or suffer my wrath".

"Well your an idiot this place is a dump"

Doors opened and two caretaker robots rushed out with claws flailing. Saw monitors inside with eyes - a minor AI with delusions of godhood again. First robot went down with a few scratches on party. While it died Morlock got grabbed by both claws and fed into toothed maw. While they kept bashing morlock valiantly kept away from being sucked into spiked rotating drum in mouth but eventually was sucked in screaming.

"What did I do to deserve being eaten by a robot?"

Hawk finished it off and pulled the gory unconcious blob out, stabilized him a bit and rushed down elevator where women folk saved him. (Used party second chance points i grant from WIS bonus). Party returned to police bunker and camped. Three days later morlock moved and fixed phone and called rest of party to help with healing.