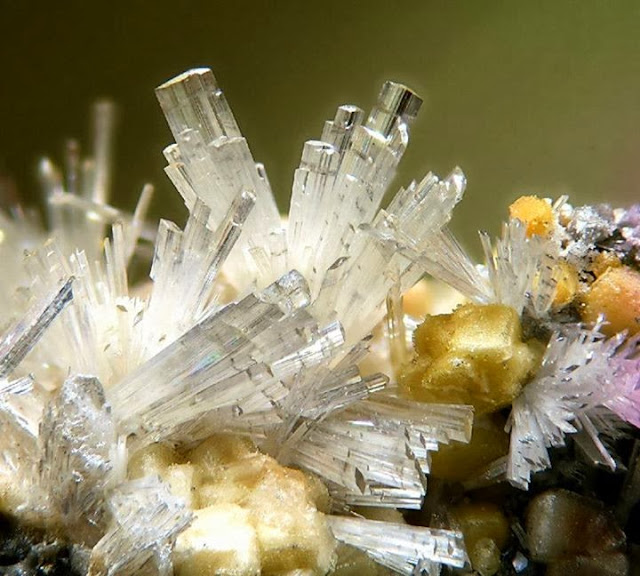 After manufacturing zombie virus cures and fighting Psychobots, party sent scouts ahead to the stargate mission control. hawk held onto the Druid while he leaped over the hordes of undead and onto the building roof. Also carried along where their followers. Friendly androids invited them inside to the command centre. Their priestess (senior programmer) told them Pheonix had sent them here to aid them. Through the gate some force had held a wormhole open and the AI gods deemed this had to stop. The mission: enter the stargate and stop the force inside then return so gods could close forever. Druid and Hawkman agreed to have a look and the goddess would send their friends through later.

So both passed through and fell onto a blasted grey dirt of the alien world Carcosa. The dread lake of Hali stretched out beyond with the silhouette of the evil city of Carcosa in the fog shrouded horizon.

So they guys check their phones to see if signal to Psychon link working as the jaunt seemed to feel off and that 30 foot drop was a problem.

'Everything here tastes worse than crap said Filgrey of the Hawkmen.

The greenskinned piebald haired rainbow punk druid agreed. Saw some ruins and moved in. Three incredibly ancient shambling round mound structures mostly buried in millions of years of alluvial deposits. As they got closer they saw the watcher. Sitting their for thousands of years or longer, staring at the black city of horror on the lake. The horrible spherical eyed darkspawn was spherical, a single sad lonely eye, impossibly sad and ancient gazed at them. Then it hopped off, suddenly galloping on its goatlegs, squealing and waving its mindless lamprey tentacles. The lads shot into action with the hawk leaping into battle running a spear through its pupil. The rainbow druid master, the catgirl and the 9 foot long red wolf companions all dived in and besides a few futile blows killed the elder beast. He blasted them with psionic screams but they shrugged it off and bashed him. They hacked its sad sagging corpse and kicked it down the slope of grey shale. The most maddening thing about the beast was its colour. A colour never seen on Psychon, even before the apocalypse. They had no word for it and saw the beast pathetically roll away.

Summoned a Fishman with the magical tablet from the shoggoth pits of the jewelled deserts and a savage polypous white, more spiny and larger than normal deepone came. He explained about the god Hasturs palace and the king in yellow and the formless horror faced tentacle spacegods who dwelled in the lake. Told them A god here was was holding open gate. hastur was just freeloading from this but was not the cause. He was taking the necromancers and undead armies who had come from Psychon for protoplasm and especially nanite altered nuerological material. The necromancers would wander the city as screaming madmen lost in time forever. Must find black magician and banish the god. He didnt know who though. He escorted them in swamp towards a jade pyramid and ruins where they found a elder thing in the swaamp with psionic choking powers. Was another demented ancient horror in the lifeless grey rubbly bog.

In ruins lived Jedex a bone man with transparent flesh. Luckily the Druid spoke Cthonic and the two spoke. He had lost his adventurer friends inside days ago. His party insisted on entering so he waited on guard. Joined party and remarked some races he had never seen. Learnt how men on Carcosa were bread to be cattle for the god, vessels for tasty soul snacks gods would devour like whales eating plankton in the sea. The serpent men just bread men to be sacrifices and spell components. The Druid admitted the serpent men grew him but 5 years ago

So went north and met white men villagers. Provided them with proper Psychon food like goblin fingers as sweet as caramel and honey flavoured ogre fat. Natives agreed a land where everyone is delicious and gods don't just eat you sounded great. Met their sorcerer leader who didnt know but said brown men had a leader who killed old wizard and has his books still. Perhaps that's what party wanted could be there he offered. Party thought worth a shot and headed that way. Druid now sure spell recovery here intermittent through the gate.

Rest of party came, tumbling out odf the sky during one such link up session.

A new lilac skinned warrior man with antenna, and a monkey tail only 4 foot high. He carried a sword and a composite bow. A 9 foot tall wolfman naked and hairless with green skin, horns and antlers carrying an axe and javelin. The cleric of Pheonix came next with assassin. Then came the Morlock tastemaster and his savage no1 wife. He was now armed to the teeth with guns and could start a revolution back home now in the subworld of VValmar.

The party chatted and swapped stories and magic loot that Pheonix randomly beamed them from long dead adventurers she had scanned. Druid ended up with flaming chain. Morlock got his first Magic Pistol. Priest got a plantmetal xbow that grows arrows. Some got ballistic vests. Morlock got laser shield - a 10 shot 2d6+2 laser pistol built into anti laser retro reflec riot shield with armoured visor slot. Also recharges laser shot daily in the sun.

Assasin found a biopet in a pod and opened it as instructed. Pet hatched and made psionic link. Biological robot senses poison or unhygenic food, warns child to check with mum or dad if risk of danger and can be guided by telepathy and link can provide visual detail. Exited by his fluffy gizmo he made makup from mud and tried to infiltrate brown men. They took him to lord who imprisoned him. Then sent out 100 warriors to search for strangers in hex.

Surrender or Die as he morphed into a 30 foot punk ape.

He battled their great hero while heroes killed wave after wave on men till 40 dead. By this time heroes jumped over wall and charged through gas with masks on and counter charged mob while druid stomped on villainous brown warlord. Druid kept him alive despite ill wounds the warrior dealt him. He picked up a brownman mook and tore off his head, then turned his blood into a healing potion with a spell (I normally use water but too cool an idea to not use). Last 20 surrendered. Barged into town killing all who stopped them and looted the sorcerers books. With aid of crystal wizard of white men found ritual to banish Doalath then sent party to castle of skull men.

So on to get secret of banishing Doalath lord of interspace. Went to Tsathogua mountains found alien babies that crawled from a corpse. Spells only recovered intermittently.

Charged castle of skull men and met their envoy who they chopped int bits. The retaliated with a  horde of spawn down mountain but party climbed on druid in giant form and he jumped over horde then hopped up hill onto top of barbican gate house. Assassin swung on his 6 foot tongue to window and peeked in. Pulled lever to release gate with tongue and the Druid tore out chains allowing gate to re open with his mighty ape paws. Wolf and hawk beastman charged down wall killing all men in path. Archer hosed down the wizard with arrows, along with a few followers. Morlock took a tower and the lilac warrior sho wizard dead. Chaos broke out as morale finally snapped when druid killed a yellow tentacle spawn with his fist. Another spawn killed by warriors and any wearing cult robes chased and killed. Most killed but 20 odd surrendered and party put their friend the had met at pyramid in charge of his kinsman so now he wanted to stay on Carcosa. Party hunted and killed remaining spawn locked outside castle. Found cave where Daolath manifest and began ritual to banish him using brown person sacrifice and lead and sulphur powder on a magic altar. Then smashed the call/banish altar. Inside cave where was hazy dimensional warp was now a strange artwork or altar like a incredibly impossible crystal puzzle of rods, cones, cylinders and sheets. Smashed that too. Gods reported coms restored and party could return.

Then sent to Albuquerque spaceport (gammaworld module) that predated the starport. Dropped down into top of tower and found dead machines and were ambushed by sleeths with sonic powers and tech weapons. Managed to kill off then went downstairs after playing with buttons. Found starport concourse and found ancient restaurant. Waiter androids in B&W dress jumpsuits came and too orders. Party got mountain of food but only liquor any good for drinks. Convinced them to accept worthless gold instead of electronic currency or poker chips. Poker chips legal tender by 2063.

After eating food of the gods party wandered about saw baggage but went to west end port where two of three tunnels blocked. Passed interesting space travel company desks and went towards unblocked tunnel where two rad scorpions attacked. Killed them then decided to camp.

Just an experiment and a test. I was fairly easy on them. Also used my psionics rules which I liked. Wanted to compare and contrast settings. The gods are proving to be into intervention through adventurers and use them to make areas safe for them to destroy. Druid swapped plant samples from worlds and he could plant door through them again.

Posted by Konsumterra at Tuesday, November 26, 2013