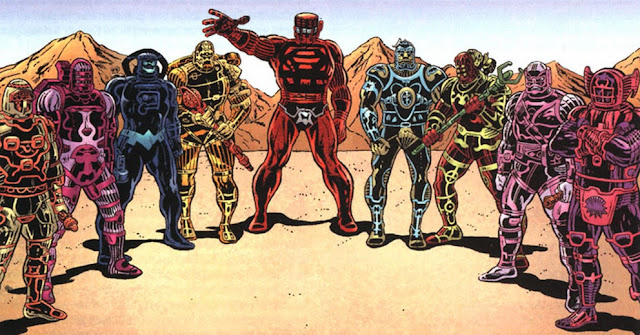 Spacegods as depicted in marvel comics as designed by Kirby. He had a real flare for old testament shenanigans and also did the 2001 comic in 70s that looks pretty crazy. Like to see a one volume reprint of that. Space gods are different to aliens because they dont just infiltrate and invade and steal our sexually attractive citizens and kidnap crazy loners. Spacegod leave intriguing clues like artifacts, lost temples and making hidden divergant races of superhumans. They most importantly pass judgement on our kind and our all life on our planet. Some of their actions are mysterious and inexplicable. Others scream truth in our heads even if you tear your eyes out.

Kaiju are great colossal beasts up to 500 foot tall, living mountains of flesh that for some reason fight spacegods or are used by them to cleanse planets or fight wars. Uncertain if they were always on earth slumbering, created by AI gods or ancients or spacegods. For some reason they have been seen wrestling spacegods. Some say they are our natural planetary defences or created to bother spacegods. Possibly they are an older order of being found across universe. Possibly there are several types. Some mythos beings may be classed as kaiju or fight them too. They love to fight and are mostly invulnerable. Often end up embroiled in alien affairs. 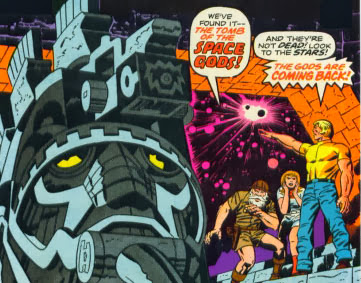 78 Judgement of the spacegods, prosecutor sends aliens to menace Psychon
79 Judgement of the spacegods, defender seized ancient weapons of mass destruction
80 Judgement of the spacegods, various space platforms rain down onto surface
81 Battle awakened necrovore attempting to create swarm of undead
82 Battle a human army destroying them all
83 Battle kaiju and rampage over hex
84 Battle dimensional intruders from outer planes
85 Battle the AI gods in the sky
86 Battle returning ancients returned from the stars
87 Battle alien invaders on land and sky
88 Battle rebel spacegod in heavens
89 Battle beings of overspace from orbit
90 Battle with the great old ones
91 Spacegods come to sterilize an aberrant species or race
92 Spacegods awaken alien DNA in populace
93 Spacegods induce mutations over a wide area
94 Hidden race created by spacegods in past come out of hiding
95 New race created by spacegods fro humans or other life
96 Man made disaster averted by spacegods
97 Natural calamity stopped by spacegods
98 Spacegods hypnotize everyone, when snap out something missing or changed
99 Awaken psionic potential in populance
100 End times as spacegods judge and decree end unless party can some how change their minds or buy another thousand or million years for humanity 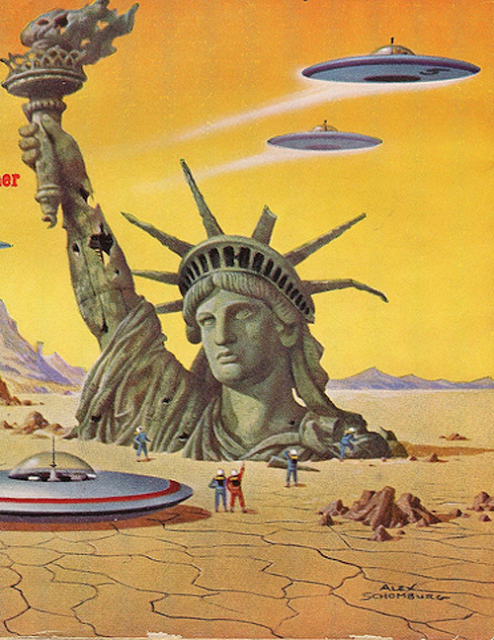 Thats probably enough on this topic for moment.

Found funny kids book on aliens new for 50 cents mixed supposed fact UFOs occupants and sf aliens together with no distinction. One supposed encounter with greys with giant pincer hands that didn't seem very good for high tech but suit my savage type of feral greys on psychon. 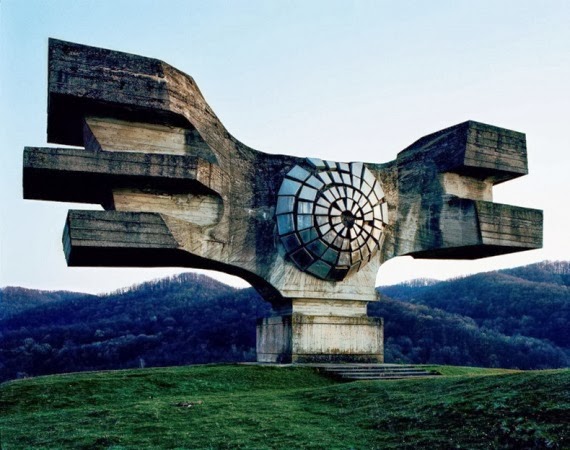 Posted by Konsumterra at Tuesday, November 12, 2013