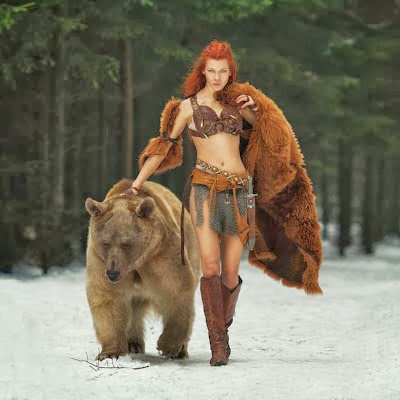 Thorhaddr learned a secret song of victory by a skald and some other vikings have minor 1pt spirit magic spells. Thora has aquired some second sight ability.

So the vikings finally had own boat the Wavebiter, and set about recruiting more crew.

Four fair vikings from the ship they were on before came and were exepted. Three brother fishermen from an island who were poor with only clubs begged to be allowed as Stonedales should remember they were poor nobodies only a few years ago. Ship builder selected six warriors with navigation, helm and other skills including speech of the Britons and Irish. An older warrior former kings land manager in need of adventure had fine court manners. Hrafn bought his adopted 16 year old son of the rich divorcee he married. She offered her hall for pre launch feast.

Men realized they were not qualified to be captain and looked about for older veteran raider. One was a cruel beserker who they shunned. The other was nicknamed the unlucky and had squandered his wealth on grog after losing his ship and family. He brought six nephews so party impressed. Thora sensed a curse on him and found a dragon broach was source. She battled the spirit and defeated it removing the curse and winning the captains love.

Before feast summoned to Jarl who gave them a mission. His son was missing and had not returned from island trip. Also the island he went hunting on denied son had visited in a year. The heroes managed to find a friend and got from him the son had gone to visit sweetheart, daughter of ex friend of the Jarl in Iceland. So crew set sail after feast and sacrificed slaves to Odin then set of, but told few crew what reason was.

In Iceland Ketil the local Jarl was preparing a war ship fleet and was furious the man in question had stolen his daughter. He gave the heroes a week to find them or war would ensue. They were not back at home in Fjiord then must have gone to Greenland questing for a hide of a race of hairy wildmen to earn right to marry woman, an impossible task set by Ketil. His daughter had stowed away. Ketil sent 8 warriors with party who they welcomed.

So they met tribal men of Greenland natives and spoke to shaman. He reluctantly taught them ritual which Thora learned and used to contact a black spirit. Contacted the spirit who was suspiciously helpful to Thora. Learned ritual to reach island of the hairy demon worshipers and followed course and spell into dreamlands.

Island found the battered lad who begged for aid rescuing others from demon caves. Entered the cave and killed some creatures. Rescued prisoners but the beast men released kinsman of Tsathogua who managed to kill two of Ketil's men while others fled. Most escaped without seeing monster.

Managed to return, restore peace and lovers married. Offered  a few furrows in home area or larger lots in Iceland. Given silver and glory and made a great heroic poem.

I have several monasteries stated up I may run soon and some stuff from RQ3 Vikings box set. I'm hoping they will get a literate monk thrall for future adventures.