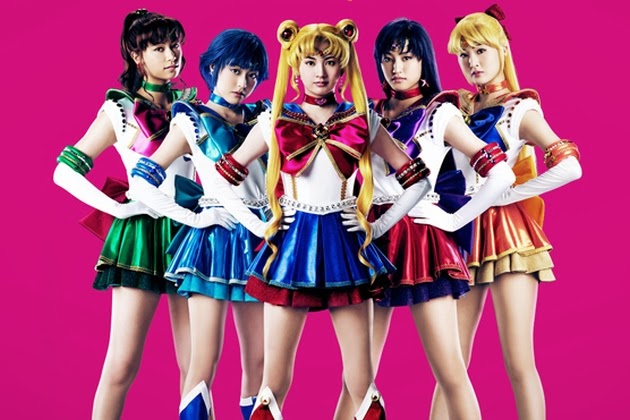 Team discussing Magpie and her soul capturing power which troubles others. Till now seemed she was a winged martial artist with some power over matter and not very dangerous. Now it seems her strongest ability is to store stray souls inside a pocket universe inside her divine body. Was also being stalked by nosy kid sister. Maw was down to his last bus ticket as their was a garbage strike on. Stormwing face a rogue board member jerking her around and up to trouble in her airline corporation office. Tabloidia was sensing problems with his artifact which was a bit buggy today with teleporter.

A call from police summoned Stormwing, Sparrow, The Maw and Magpie. All flew except the maw who got the train. Was tempted to damage rival unionized garbage trucks over the other side of line in other rich district council. At the scene near the new gentrified encroachment on old industrial district. Police pointed to tower where metahumans had captured teens and were stalling for time after driving off cops.

While Maw hit the stairs, others flew up to penthouse balcony. Magpie went ahead and shaped balcony to encase Fastback guarding the balcony and trapped him then flew inside. Inside Heart thief was gobbling down the soul of the third teen. Magpie made floor smack her in face then in flew Stormwing who blasted her with a TK forcebolt stunning her. Fastback accelerated to hyperspeed, vibrated free and clawed magpie horribly through her metallic armour. She backed off and set about swallowing the soul Heart Thief hadn't sucked up yet. Meanwhile the thief was bleeding. Fastback abused Magpie cruelly while Stormwing went to aid the fallen villain. While the villain teased the Maw gnawed through the door lock and sneaked in. Seeing the wicked speedster abusing his friends he charged and chomped him with his expanding jaws. The speedster slashed at him scratching his bulk but Maw managed to swallow the bad dude from the waist up.

Magpie sucked the captive souls from the Heart Thief, Stormwing lifted the villains feet letting Maw swollow him with a few gulps. He struggled but a few Maw snake like belly squeezes and he was begging for mercy. Magpie asked him what where who how and he told of the demon master and the sewer under Diablo island he was lurking in. Gave teens and villains to cops and went to Hell Street drain entry.

Once again Maw swam the river and ran along side the rail lines while rest flew. Sparrow started to pull at his tight suit when bouncing from rooftops came the Garish Tabloidia. Offering Sparrow wrestling lessons and a camping trip to a special place. Stormwing stepped between them and sent Sparrow home to do his homework.

Maw was puzzled: "surely the plucky lad is old enough to do as he pleases?"
"Er yea" muttered Stormwing, "he has a home economics test at university tomorrow"

Into the drains Tabloida scanned ahead with the huge eldrich lens on his chest and saw a junction with scafolding and walkways over huge drop with catchment wire tubs full of garbage. Cages full of teens with strange withered scarred old men, the Bruja witch men clan. Tabloidia teleported into cage with teen and tore down adjacent inner cell walls so all teens locked in single cell with him. Stormwing threw up her craclking force shield and drew the fire of the men's worn old guns with strange magic symbols. The Maw barged in and swallowed a mans gun arm up to the elbow and sucked the gun down into his belly. Magpie flew in last up high and looked about for trouble then called on her servant spirit into a golem of concrete to fight gangsters.

Maw gulped down more mens guns and ate away some of the kids cages. Magpie tied up one trying to get through to hatch upstairs to warn demon while her golem knocked a guy into the flooded garbage filled shaft and chased another one into a grain. After getting his cam to fly off him and snap selfies of him with kids, he walked through the bars, bending them like branches easily then punched a man 60 foot into a wall. A big red splat and red trail trickled down the wall when wet body slid to floor. Having never seen the golem before he began telling others how this and souls sucking proved Magpie was a demon then proceeded to burst into hellish eldrich flame. Magpie finally understood he was a elder trickster incarnate and deemed his terrible conduct slightly less offensive. Maw worked his way disarming and terrorfying men with his gun munching and arm slobbering treatments. Stormwing drew most fire till men either down or fleeing then grabbed one with TK grip.

After handing over two prisoners and two hospital cases to cops, Magpie opened hatch and team flew in leaving Maw to leap behind them. Upstairs was a boiler room with industrial laundry. In centre was Huge demon and four Bruja Boys. It raked tabloidia with hellfire and he got close enough to grab demons groin but missed. Magpie made a new Golem behind a gangster and rammed another. One hit by golem backed off and Stormwing flew overhead and tried a shockwave attack that took out three goons with only one dying. Maw took a bite then gulped half demons face. Klarashteroth the demon tried to breath flame but Stormwing held his lips closed in a ten ton grip. Tabloidia grabbed demons neck and groin then stuffed him into demon. Magpie demanded he leave this plane with her soul powers and demon resisted. As Maw gobbled him up to waste it began to think getting banished a better option and allowed next attempt to succeed.

Police happy to not tell public but Tabloidia presented a explosive story to all media for cash. Stormwing got Tabloidia to spy on rogue board member and found he was a agent of FIRE seeking to steal and redirect cash to certain clients and to secretly freight mystery goods around country. Maw spoke at union rally and is a proper working class slob hero now, helped end strike and got everyone extra 2 days leave, new gloves and 25C an hour pay rise. Garbage strike over. Magpie hung out with sister and band and did an awesome audition but sleazy record exec wanted sex with her and sister. She refused but recorded his offer and gave to Tabloidia to ruin him. Drummer said she should have taken offer and she berated him till he apologized.

Heroes worked on fire where owners had stopped police and firemen to leave alone but Maw knew it was full of homeless. While Stormwing and Magpie flew in to luck people from window, while Maw who swam there dragged 50 tons of water inside him and managed to douse 3 floors with water. While Magpie removed a bomb, Stormwing held the door structure open to prevent it's collapse. Maw carried homeless to safety in his mouth and got a refill from fire hoses. Sparrow caught a arsonist and handed him to cops. Magpie declared was a major crime and needed investigation to cops.

Magpie went to her property to rest with her Moms and her Sister mentioned girls all liked Sparrow. Maw and Stormwing and Sparrow went to airport to test crane helicopter to help Maw get about. Offered Maw affluent job in her new building and he rejected offer as he wasn't a stuck up class traitor.  Saw glow in hills that SW and Sparrow recognized as alien auroras from when they were kidnapped and empowered. On approach nothing but a car leaving an observation point overlooking her commercial airfield. Maw jumped in front of it intimidating driver to halt as Stormwing lifted car an inch above ground.

Dr Alexander Gordon stepped out and introduced self and offered to assist heroes. Had odd sealed eye glasses proof from all light. Didn't see anything odd and was pleased to meet them. Maw thought him totally legit. They invited him to BBQ and he offered a tour of his lab. He had lots of interest in meeting heroes. Heroes rested and next day and SW found out Doc was world leader in optics, cybernetics, laser eye surgery. Had consulted with APIO and removed powers from several captive villains most famously Occulon who had alien eyes.

At BBQ at Maw's house several cows were unloaded from a train and Maw and his mate from meat works got BBQ ready.  Doc came, as did a few heroes. After guests left saw bitter hobo glaring so maw offered him a meat platter and beer. Guy gobbled food and muttered about Dr Photon being at BBQ but neither Maw or Stormwing knew anything. Guy got grumpy and pulled off his wig and glasses. Glowing alien eyes glared at therm.

It was crazy Occulon, escaped criminal abducted and operated on by bad alien greys. He zapped Stormwing who tried to mellow him out. Maw grabbed Occulon with his teeth and he just teleported onto railway tracks. Maw charged him while Stormwing threw up forcefield. Occulon zapped Maw with his eye beams then teleported to roof of his house. Zapped SW collapsing her force field and stunning her then zapped Maw as he clumsily threw a wooden rail sleeper through his own rental estate house roof. He got zapped and stunned so did Stormwing and Occulon vanished.

SW got her workers in to clean up damage.

Turns out Dr Photon a mostly out of commission Hero with light powers and was hated enemy of Occulon. They visited him and he showed them his laser lab with surgical slab and a monkey with a bandaged eye. SW talked him nto talking in other room without lazer and they were invited to penthouse. Offered Maw anything in fridge and selection of beers for all classes and nations to pick. Remarked on Stormwings pretty eyes.

She had sent Tabloidia to scan him earlier and knew he was a cyborg with alien eyes, dense flesh and a synthetic face covering a hideous scarified skull. Dr Drake had let on he was Dtr Photon. Mentioned he was blinded and burned by laser then dumped by girl so rebuilt himself with his own unique tech. His eyesight had improved in recent years since he had removed Occulons eyes. Had claimed eyes were destroyed by laser but party sure he had implanted in self. Occulon had eyes regrow and escaped prison. Has been seen observing but not participating in heroic battles.

Still unsure of friendly Doctor Gordon but confronted him about ID. He still offered to help them with medecine or tech or eye mutterers. Stormwing knew he was horrendous and a bit insane.  Stormwing got Funny Dream warning from aliens about battle with Occulon being broadcast as entertainment on shallow end of galactic federation..

Subplot table working well and getting to know more and more existing heroes.
Here is the Maw's chart. Simplified initiative too. More role playing not just combat which is what i wanted.