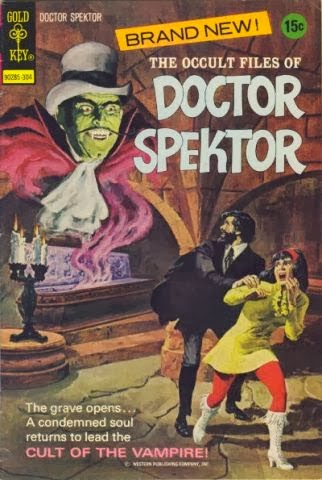 So our sordid heroes fell back on their other trade besides dungeon looting and grave robbing, that of being slum land lords. Buying a pub went down well but adding extentions offered pub for wedding reception to development proposal clerk to add a story to building. Same night rented top floor to demonic sex cult on condition they didnt summon anything. Managed to keep parties apart and pleased. Cult offered to return as would provide protection from scrutiny from corrupt officials. Halfling banged a few lady halflings in bar after closing time from wedding party so all pleased. Neighbors unhappy as party allied gang tried to intimidate them into selling but they refused.

A local landlord offered them a job to clean out haunted house but the guys purchased it instead for a song. Elf and halfling with flunkies went inside. Found lots of old books but nobody could read common. Found a dead man in a secret one way door and another with a sheet ghost costume long dead at foot of stairs. Upstairs found bedroom with mummified corpse in trunk and stabbed merchant skeleton in bed. Skeleton attacked when halfling pulled off it's ring finger. Easy to kill but a surprise. Went into attic but saw sheet covered items, a cage with a skeleton and a trunk. Elf sent in his riding spider who ran away promptly. Halfling went up to see phantom who scared him away. Elf went back up and resisted it and found more boddies and pushed phantoms body in trunk outside. Sold all bodies to necromancer friend. Into basement but just old food items and a sheet over a box. Was actually a sheet spirit who enwrapped Nora the Elf's barbarian follower. She got a good lung of air but party pummeled the sheet killing her and the undead horror. Sold her corpse to necromancer who got a good price for a corpse turning into an exotic undead. Sold books for a hefty some but kept copy of My life as a frog. All agreed learning read common a good plan.

Pleased at profit party set about restoring house when offered two more houses to clear. Party drove hard bargain and scared them off but found another man to sell them a empty horror house. Elf looked for a priest follower and recruited two candidates. A large overweight drunken Geshtianna priest of wine and underworld goddess who gave power of speaking to dead. Other a priestess or Erishkigal who could command the dead. Next day entered tho house that local hobos and gangs feared with a tiny grave yard plot next door. Inside open front was human bones with gnaw marks scattered about filth. Found another room with chair with a tied up gnawed skeleton. A door went to a courtyard with a crypt. Where kitchen would normally be was a room stacked with coffins. The Geshtianna priest detected evil everywhere in house but coffins, graves and upstairs worse. Was some book fragments read by Erishkigal priestess indicating a cannibal death cult. They flipped one coffin opened and screaming ghouls jumped from coffins. The priestess commanded the largest to attack another while the other priest fled. Ghouls slashed and paralyzed him then began eating him alive while party managed to kill them all but priest died. Found a bleeding unconscious man in tied up coffin so they killed him to be safe.

Upstairs was full of more gore and filthy footprints. Found a black bedroom door and halflimg knocked. Heard a horrible scream and door opened. Stench of grave repulsed them all and Priestess identified as a ghast. She was in front and was knocked out and paralyzed. Elf took some blows but immune allowing halfling and his crow boy to use hafted weapons from behind the barkskinned elf. Found chest of silver and relic boots of cythroth from age of necromancer kings. Helped the priestess recover and all impressed by her. She tested boots on hobo which were silent and left no trouble but made wearer only desire dead lovers and vulnerable to turning and holy symbols.

Party all pleased at acquisitions. Plan to search basement and attic next session.