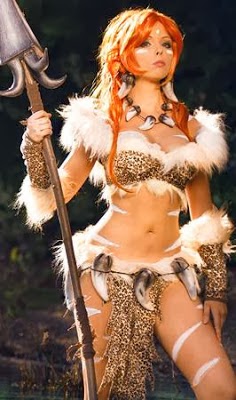 Having a necromancer in party is awesome excuse to use my gothic tables which i now need to compile in a book for use in play.

So necromancer and chaos priest both settling n city of Shadel Port. Necromancer enrolled at uni with relic scroll as tuition payment and enrolled in independent study program of robbing dungeons and graves. Priest informed of chaos chalice his gods wanted buried in grave. Necromancer school had library wing dedicated to graveyards and looked up burial sight.

Students acording to records tried to rob it only a few years ago and chased by guardian screaming burning skulls. He found them in taxidermy class and saw burned teeth marks in ones back.

Lads joined by halfling who was unimpressed at grave robbing but came along for ride anyhow.

Parked donkey wagon on wall away from village. Technically death sentence for mercenaries, monsters, thieves or adventurers to touch peasants. A pub, a shrine to Ninurta (kronus/Saturn) and a general store supplied local free yeomen. Who were also very skilled and might kill you before Barron lawmen might.

First few graves found some trinkets and rotten bodies only fit for ghouls. Found a man burried alive by gang who was very grateful and was nominated coffin lid opener. Found a mine owner with map and deed to find cursed bloodstonees that make owner homicidal. Oh and a bloodstone in a bag. Found a prostitute grave with love trinkets and a rich dress. Another was a witch with potions and a mumified familiar. Found a angry green skeleton who hurt several before it was smashed. Kept hearing wolves in area.

Found a concealed tunnel entry and entered. Heard wolves who had jumped wall and entered tunnels by a secret entry they had already dug open. Party sandwiched and necromancer and his familiar summoned zombies and skeletons. Wolves were phosphorescent and had patches of rotten missing fur. While battle rage screaming flaming skulls flew over party just like necromancer wanted to see till they all bit him. With help all monsters killed and summoned undead turned to slime.

Found a crypt and opened it to find a proto lich (6th lv skeletal magician). They bashed him into scraps and he burned many of them badly with magic. Tried to open panel under lich and got tired. Was getting to dawn and a wagon load of exotic corpses and undead scraps and most hurt. Heard villagers looking in graveyard so all but Chaos Priest went to town. While Necromancer sold bits for 800go to guild he gave others a share and raced back to graveyard and went in wolf tunnel. Priest already opened lid with his adopted frogboy and found the chalice his god wanted. Also was a spell book of old necromancer spells.

Returned to city where necromancer studied, chaos priest returned chalice after he checked he couldnt use it. Was granted limited luck ability and halfling bought a pub. Local gang tried to charge him and he drove them off. Hired another gang to move in and offered them grog and a place to operate hookers. After the intro drinking session he found a human head in the keg. Necromancer took it for her collection of skulls.

A fine days grave robbing, skull collecting, tithing to chaos, forbidden book finding and pimping was had by all.