My secret life as a gorrilla cowboy 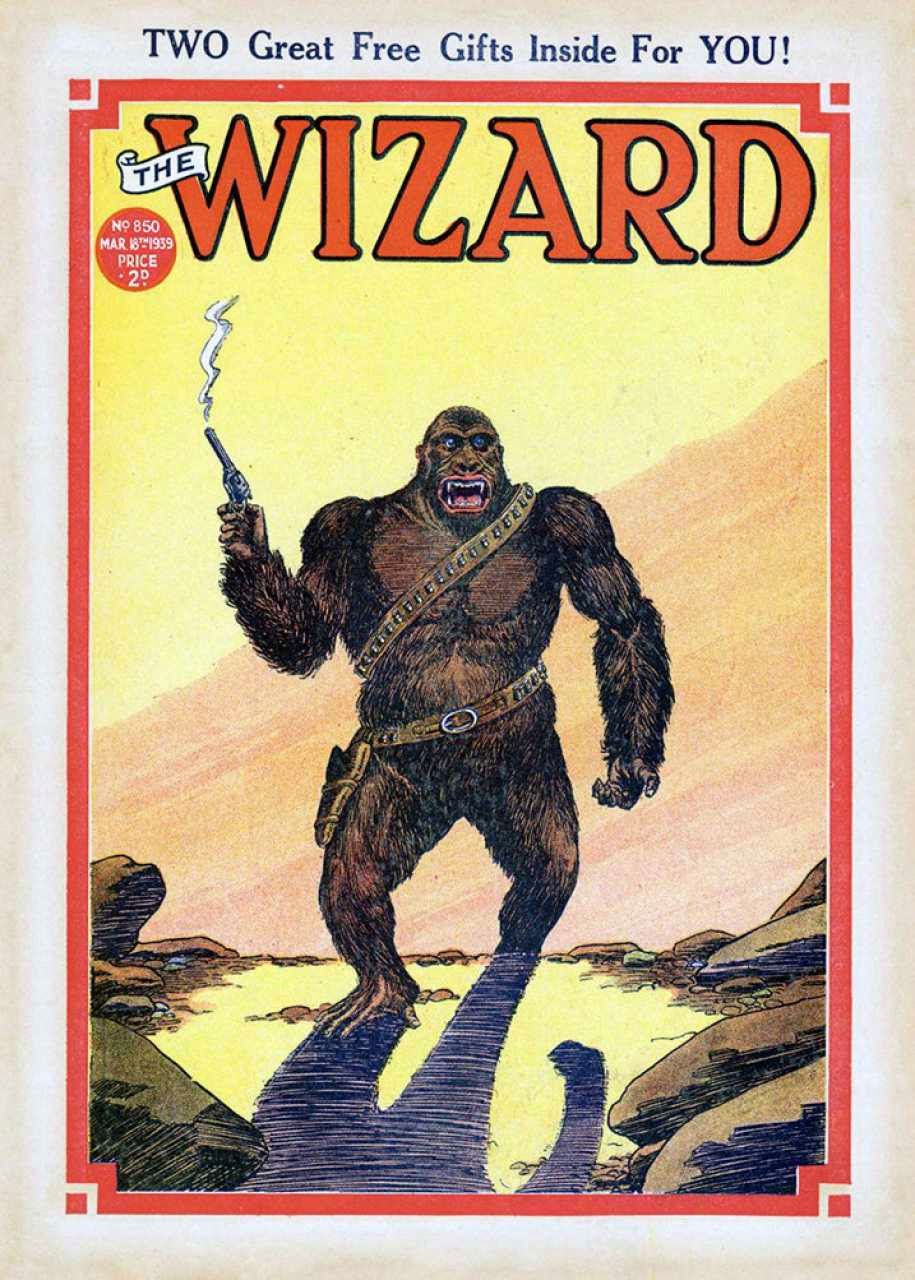 Been playing a gorilla in a cowboy game. I am only gonzo thing in setting - gritty pulp fun and fast. I am saddest ape in west because when I find a way to go straight with law and settle with nice folk they they get massacred by forces the party set off. Doomed and tragic. Trying to learn to look harmless as everybody hates me. So I take it out on people in fights and pull people off horse back and tear them in half or pop their puny skulls. People seem less impressed again! Told to dig graves for my master a funeral director Tommy Tombstone, I made post holes and stuffed corpses in by crushing them and using a mallet to speed things up. Nobody loves me or understands me.

Game on break but I tried to retire with a nice home but never happens. Was hanging with some indians killing white men till my owner Tommy killed Shamans son and we had to flee yet again. Buh puny humans! If only I could talk.

Thanks Herbie for the big time fun 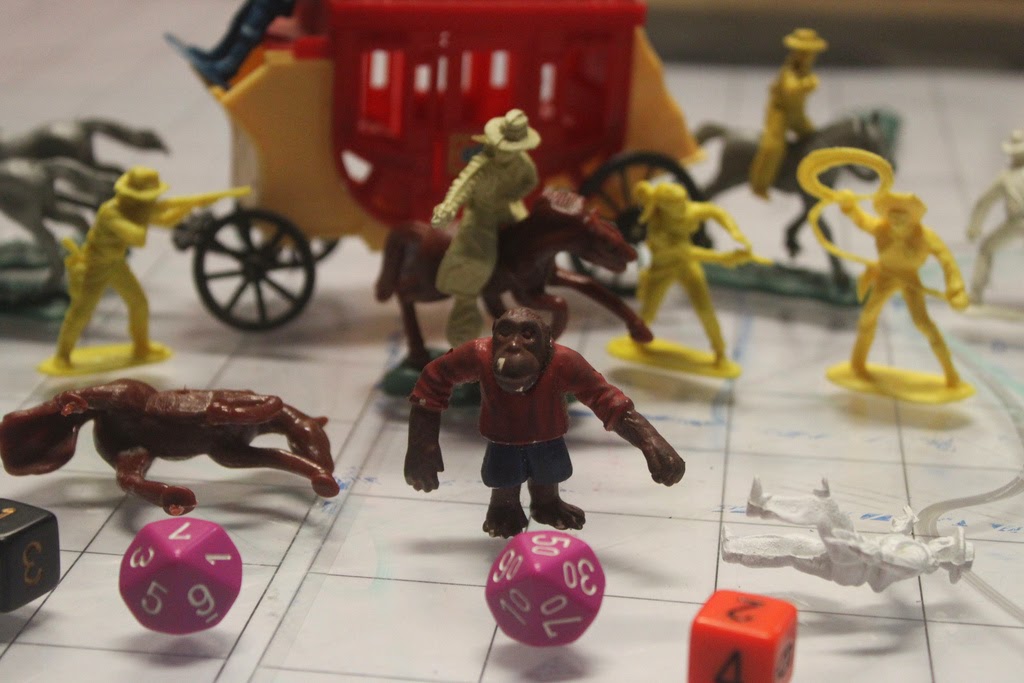 Posted by Konsumterra at Wednesday, March 26, 2014