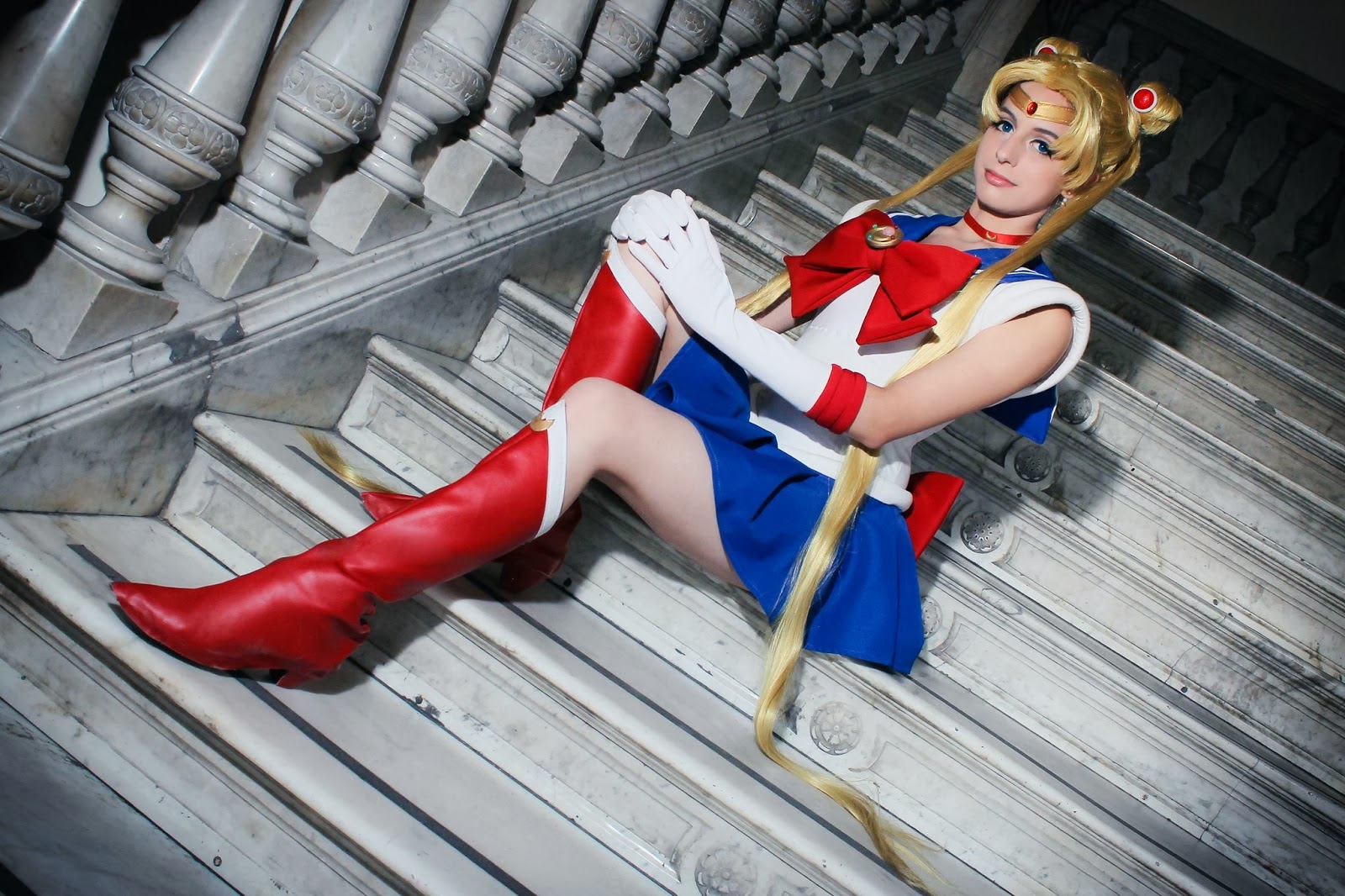 So game has advanced from fighting weird gangs to some petty villains and some monsters and a giant robot mecha. So a few things i need to do now is develop enemy villains, personal encounter tables and team enemies to make every fight more personal. Some for characters in play and generic ones after that.

Also filler if layers arrive staggered and with the other event table earlier I get lots of possible ideas for play. Combining all these together works well. Used to use an adventure design sheet with 5 news items - a random event and personal sub plots and list of villains and story notes. Try to break into at least 3 parts a session. Usually an intro phase with some personal soap, investigation phase then climax phaze with big fifgt. A intro fight good for encounter to start session or have a encounter in mid phase id first more investigative. First fight either a random non plot one or just a skirmish with forces of adventure. Second fight should be a warm up to big event and should end unresolved with villains escaping or explosion or endangering lots of civilians while they escape.

Am discovering a lot of my stuff on this blog can be stolen for superheroes - horror, fantasy, apocalypse, space all usable.

Heroes so far who have earned personal encounters...

Stormwing and Sparrow
Airline owner and her kid brother empowered by aliens with telekinesis and living alien suits when kidnapped in Bass Strait Triangle. Flies about TK grabbing and force bolting in battle, learning to make force fields

Corporation and family are fairly fun and aliens are handy. Very SF feel about her and is tied into worldly things. She helps bankroll the whole operation. Ex airforce hero. She is pretty straight except her sidekick is illegally under age.

Possible evil alien or alien agent. Someone who flies and possibly has a sidekick too for sparrow.

Magpie
A middle eastern goddess whose mother in male form is married to her human mom. Has power of matter animation, stores souls inside her and cannot be killed. Has some sword training, wings and some other godly powers. Has a pocket dimension in a mirror she keeps in her country house. Forms armour from scrap and increasingly ramming people in battle. She has a band

Magpie is fairly bonkers and the supernatural and mythic stuff interesting. Now she has lots of souls has some possibilities. She is very moralistic. The band is a fun angle as well as magical pet talking Ibis, a pet ghost a medling kid sister and a pagan priestess from the ghettos named Kylie.

A supernatural Sibling, a demon, vampire, succubi or sorceress or even musical rivalry could be good angle. Something like Persephone or and Ereshkigal.

Tabloidia
A sleazy trash journo found a strange old camera in a box and it can bond to his chest turning him into tabloidia. He is super strong and agile, and can see through walls and clothes and film everything. Can fly and teleport. Is a bit of a jerk who often stalks his team mates and takes nude pics of them. Has just realized how strong he is now likes to hit people with trucks. Uses his xray view to aim his blows. Works for sleazy crime and super hero paper. Recently has learned to create armour  in battle as his kevlar body suit gets trashed lots.

Tabloidia has lots of good contacts i can play with and has leads from media. His camera is a  supernatural artifact that has taken a camera form for him. Who knows what its up to.

The relic could have it's own enemy. He is  spider-man like and his personal attacks on villains will earn him contempt. Criminals and even other corrupt heroes could be enemies. A celebrity could get a assassin after him or be a villain in secret. He messed with some teen goths once....

Dr Drake
An alien dragon exiled by his increasingly advanced race who are obsessed with perfection and purity. Has come to earth and joined Australian Paranormal Intelligence Agency and how hunts and monitors heroes to be recruited by the agency. His race recently threaten to destroy earth to save it from old ones. He has a draconic form and telepathy but understates and hides his abilities.

Drake has lots of good plot hooks and is a good character to start things with. Alien, supernatural or government investigation all possible. being a spook for secret org has plenty of possibilities. He tries to get new heroes to sigh up with agency and reveal their secret IDs.

Other draconics have been banished and they regard serpent men and reptilians to be degenerate kin. So plenty of evil reptilians or draconians. A straight Chinese wizard who wants to make immortality potions from him could be fun and fits his martial arts nature..

Generic Hero Personal Troubles
1 Working life and resource problems - money or workplace demands attention
2 Home life, family and friends - drama from personal life and love
3 Contacts need your help - a friend in need
4 Enemy or rival causes difficulties - enemy or personal rival jerk you around
5 An organisation causes difficulties - causes some problem or hazard
6 Heroes secret risks exposure - base, secret ID, weakness or origin could be discovered
7 Popularity and reputation - an attempt to ruin your name, an impostor, a lookalike
8 Origin story forces return - something from past or power source comes to haunt you
9 Option having difficulties today - a background item is working unusually today or failing
10 Power operating strangely today - power apearance or function changes or fails

Some other Characters made so far

Captain Australia III
A cybernetics expert interfaced with a alien pobe found by government, now a mighty alien cyborg who can become stronger, leap city blocks and is nigh invulnerable. Goes into trance to interface with alien on other world. Given identity and is third one in green and gold. Works as a cyborging expert for APIO. Has alien and enemy agents and has inherited villains with the costume. Public unaware he is the new version.

Tank
A self made millionaire who helps work on meta prison battlesuits and has built his own from parts. Just added flight pack. Also secretly has power to alter matter into basic simple elements but can also turn air into solid carbon or hydrogen or helium. Used this in his invention process and designs and basis of his tech. Hopes to be able to create tech from thin air one day. Was altered by lemurian scientists from under lands deep under the city and also uses some of their tech. Lemurian enemies, aliens, occultists, enemy spies and criminals all after him.

Sparkles
Barry Thurghlogh government super genius playing with advanced alien tech with Captain Australia. Has amplified mind and has tech infused through body. A genius in many fields he is one of smartest men in country. Generates a tech suit most assume is a glitzy battlesuit. Relies of government and corporate cash. Can control machines and shoot lightning bolts. Has many Friends.

Payback Kid
Former child sidekick gone bad. Suburban Aussie bogan bloke who lovers cars and fights. Olympic athletic ability all round and super strong but scrawny like a meth adict. Taken his old teachers base and has hotted up a  Holden Monaro. Former sidekick to the Battler a working class hero imprisoned for violence and having an under aged sidekick. Has lots of gadgets and a alien biological suit that heals him.

White Knight
A cyborg n a battlesuit who rides a robot horse and abides by chivalric code. A former teen hacker and game nerd.

Corporate Avenger
A super lawyer with mind control and suggestion. A bit of a conservative.

The Doc
A mystic stranger with magical bolts, soul swapping and psychometric touch. A super eccentric detective not considered a super hero at all.

The Bomb
A superhuman athlete with alien universal weapon gifted by a hidden race. Streetwise special forces commando, has a pet eagle and friends to city hobos (many are vets). Just learning to use vampiric healing powers.

The Captain
Trained as agent and has super human strength which is even better when bio reactor started. Some armour and flight with awesome stats. Was hoped by government would be Captain Australia III or Eureka IV or Australis II but turned down. Is too unstable and angry and is in therapy.

The Maw
A garbage man and waste disposal exper contaminated to become the Maw. Can eat tons of metal or people in a gulp and not be harmed. Her is pretty invulnerable, strong and resiliant.