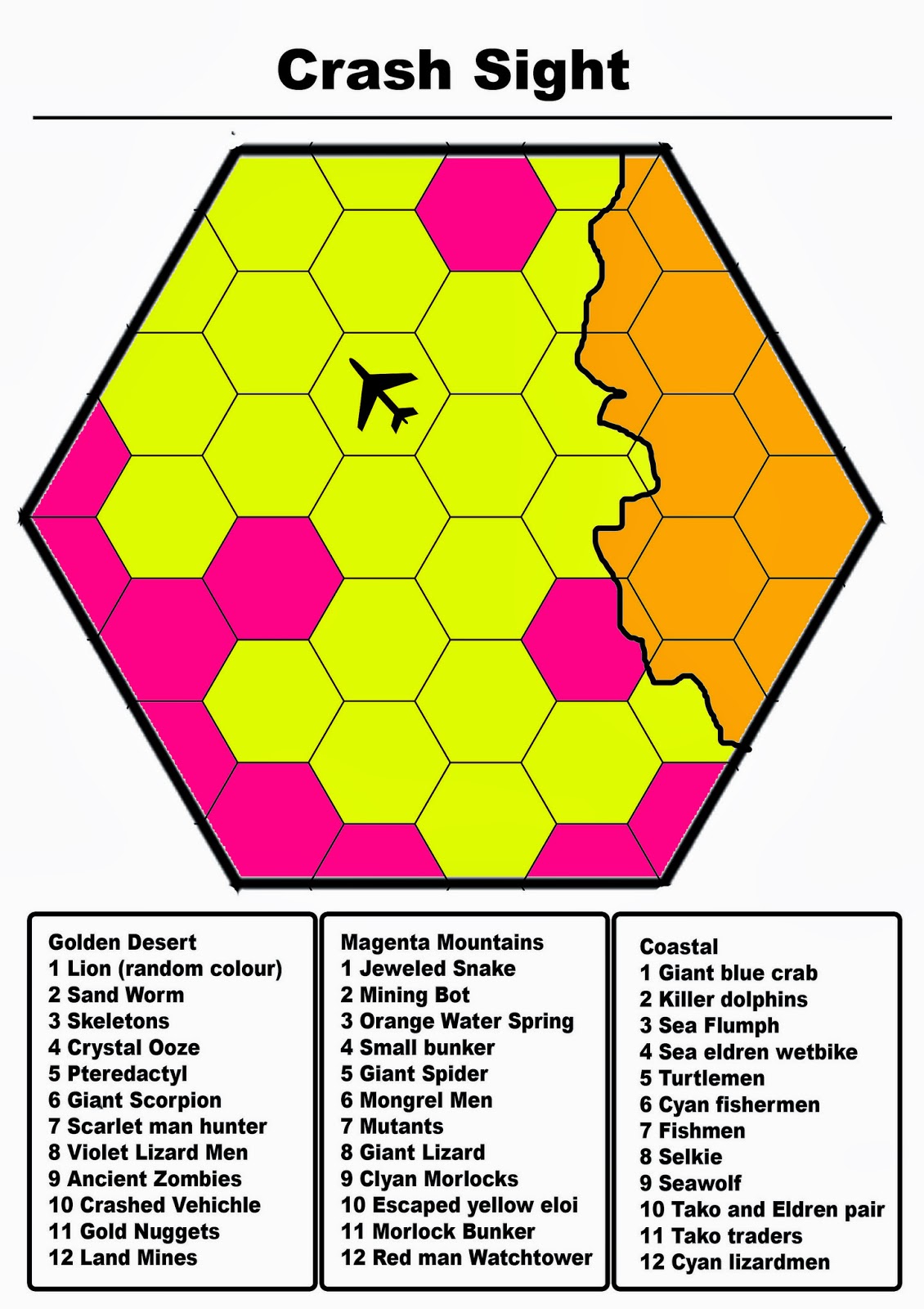 I will do a d100 table of first interesting subject requested that hits the comment box - if goes well will do again. Come at me bro...

Have lots of layout work and some printing to do and will aim to have several publications ready for events. Will publish a bootleg edition game product just to test the interest at mainstream zine show. I'm supposed to be painting but not going well for a commission. Work increased to so some diary stuff to plan for a few months. Zine Fair and EYE con game event mostly working on.

Metropolis Con Game
Reread Metropolis and get locations ready and make a doom track which activates events in play. Make envelopes with personal secrets and characters.

Secrets.... will make more than players and give in envelope, some will be set up
Deep one?
Cultist?
Insane?
A dreamer prone to visions?
ill keep rest secret till played...

I might do a table for visiting decopunk planets

some tiles, a doom track and other props to make like a baordgame
tables for location encounters

should i start a zero then level up in game chapters or just set at a higher level and send on a set mission??? 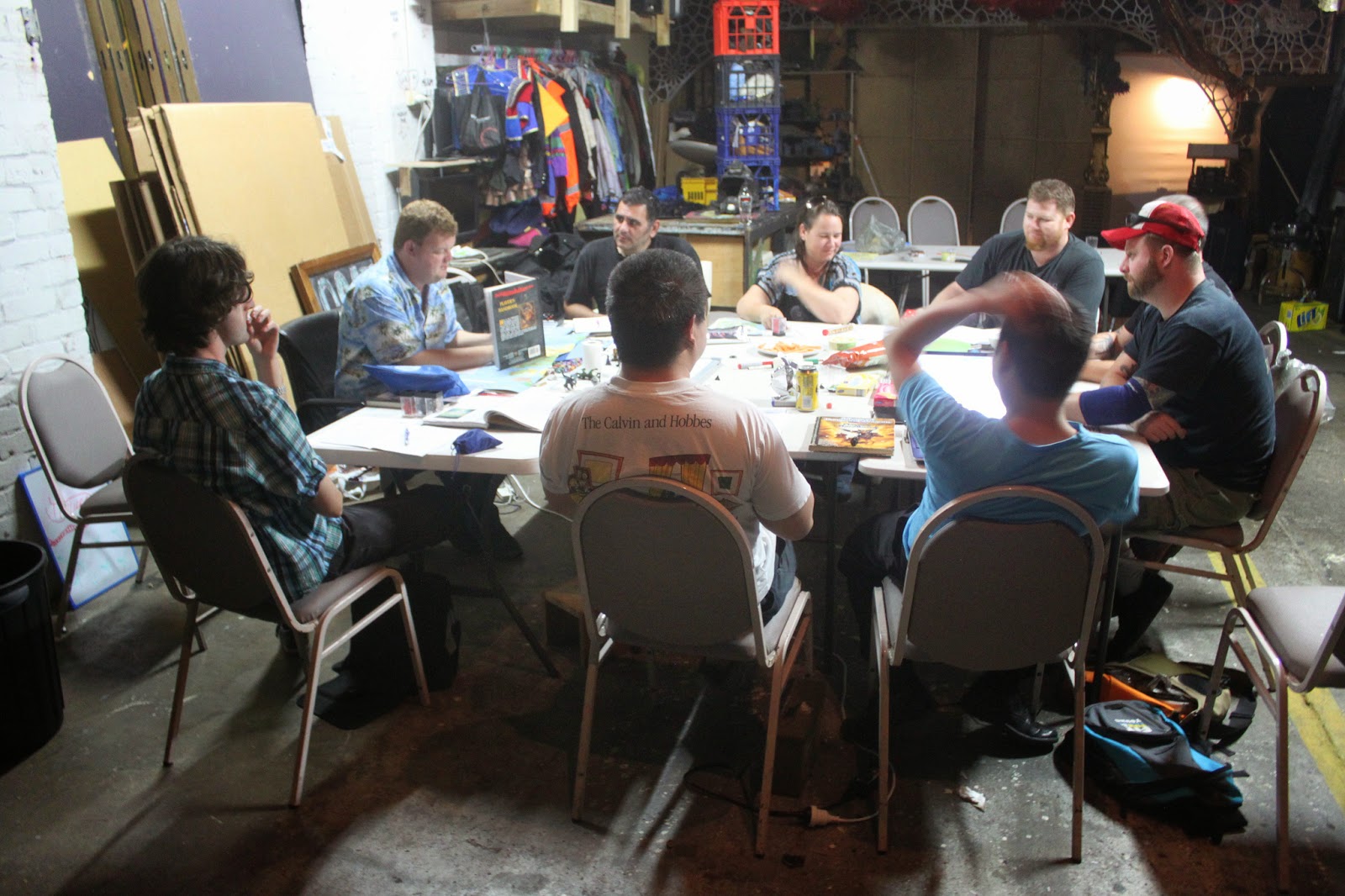 Sandbox Hexcrawl Gossip
A few have commented about this of late. For me sandbox better for drop in players as gives them freedom within setting to more. With my more regular games I make stories to fit characters more instead of on the fly. Marvel games is very drop in. DnD and vikings been very consistent players so more a set menu. Vikings especially as I'm using lots of products to help me. Im happy for them to do something different but will put back on the rails. When they get too good, time to raid Cthulhu's Tomb.

I find set scripts break lots so goals, links and threads need to be flexible. Scenarios where party meant to lose then they luck out and win, or a hostage is taken but party slaughter kidnappers.

Planet Psychon one of my favorite hexcrawls. Random hexes with not much interaction let me play lots with every new kingdom. Early on players moved from hex to hex every few sessions but last game spent all in same hex. Fixing problem of each hex was kinda the point of game. Last years Psychon con game was a linear adventure with sandbox distractions but all got to endgame by end in a very different way. The map above was used and nobody went to sea. Several went to mountains and explored tunnels using random bunker and subworld tunnels from the psychon book

Part one meet and great then crash plane gather survivors as zero lv band members
Part two go through desert, get water from magenta hills till reach bottom of hex
Part three all have adapted to 4th lv local mutants and go kill wizard for Colossus the AI

So the desert was sandbox but funneled to same destination from same start. Im sorry nobody went to sea. I didnt expect everyone to start the Psychonian custom of tasting or eating every being they met. thats the magic of players messing with your stuff.

For gamma world I looked at map near many modules I like set and found Beaver Island in the great lakes and used as basis for sandbox. Placed several bunkers and did some tables and factions. Worked great. Escaping enemies would return to be killed by party.  I kinda like Mutant Epoch  for approach of having random room contents allowing you to replay or run again with your own maps. I dont like the scripted boxed text but a sense could use book and all could play like a giant fighting fantasy novel.

My dungeon zones i did for originally my long stairs then started using in my normal game to make quick dungeons. I got lots of use out of the early TRS monster treasure tables book and the geomorphs so these zones were attempt to make my own. Worked very well and ran my Redbrick Style for last year for most dungeons on my Exile Island setting. The gothic version proving good and have a fair way to go. Goblin Mine Zone next.

Recycling old tables is a great benefit. Adding a extra table is easy way to paint a portrait of local life and good to train creativity. Adding a dwarf feature table to my gothic zone made a great haunted Dwarf city. With a sandbox hexcrawl like a good computer game some locations are set pieces. Some set pieces are just locations with local encounters but others Some locations could be an adventure, npc or part of a quest. Whatever players don't explore needs to be recycled. It is a tragedy if they never enter hex2305 you wrote something for. Sometimes a highlighter pen is handy for used ones or a ruled line. Bur don't be afraid to move a set piece if it keeps story happening.

I guess I'm good at ad-libbing rather than rote learning so it suits me to work like this. I suspect some ppl dont quite mean same thing as me with sandbox or hexcrawl and have different problems to me. The whole universe is my dungeon. Only a problem if I'm ill or tired or distracted by cat girls during game.