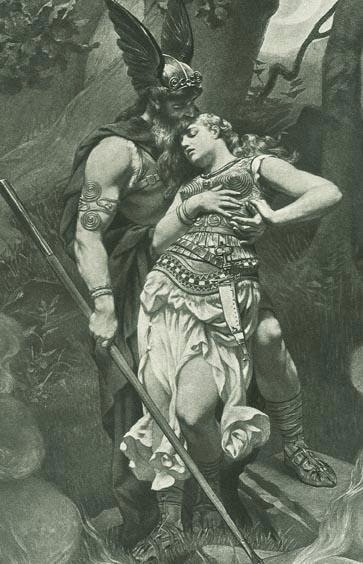 892 Head of clan on Deathbed, Horad has yet to decide who will rule. Hrafn was steady but now obsessed with battle and weapons and armour, grief stricken at wife's death. Alrek the Unruly has settled down and married, has several children and has become a great leader.

Thora dreamed a skull biting a crown. A bit worried. But significance related to Jarl of Orkneys.

Kings of Denmark and Norway calling for mass invasion of Britons and surrounding Islands.

Party gather travel to capitol of Norway and bring older wives for advice. Huge feast with over a thousand men gave homage to Odin and feasted. Breidr sold lots of livestock and made a killing with ship and feast food supplies of clan farm. Tried to get King to notice them at later smaller feast but failed. Met Siguard Jarl of Orkneys and agreed to accompany him. All got horses. Set sail for Orkneys with new shipmate, another Leif Stonedale a fisherman. Was loaned a horse and got some practice in. He befriended the three strange fishermen turned vikings on board Wavebiter. They told him how they worshiped the Midguard Serpent and taught him to call help from the sea (wtf?).

On Orkneys, Siguard the Jarl sent on secret mission to kill a degenerate clan while men with invasion force and were to be sent to deaths. Jarl offered to buy women and children as thralls still party wary but all old men and those able to fight must die. Locals acuse them of kidnapping youths. All concerned sounded like dishonorable work of Loki to murder ordinary families. Party split and Thora dead against till she contacted a Raven spirit and sent it to spy on Island.  It brought to her vision of cannibalistic blood rites in prehistoric barrow mound. She came from her trance obsessed with killing all so party went on mission.

Best swimmers came by shore to hold fishing boats while rest barged into house and attacked. A woman tried to throw a wax tablet in the sea chanting but was killed and tablet taken. A woman had a strange stone knife. All killed but a boy with a broken leg. Three more inside killed.

Most dead and crippled, Briedr and Alrek tried to stop Hrafn from killing the wounded and only stopped when Briedr promised to sacrifice all to Odin. Returned to Orkneys glad to have stopped cult.

On to Pictland where Siguard led 80 horsemen against 40 picts, a complete betrayal of supposed fair fight deal he promised. Some of the Wavebiter crew got in a few hits but mostly at back. Siguard encouraged men to cut off heads and ride around with heads on belts but his skull's teeth scratched him on leg. A few days later died of septic wound (true event and good to get more history in game). Chaos ensued as force split. Many went to join Danes in King Alfred's fat lands and others went to York.

Alfreds new forts and Saxon unity was a problem for Danes. Slowed advance of  the 300 ships. Wavebiter crew found a fortified monastery with St Bartholomew sign like previous ones. Thora called spirits to spy and knew monks researching sea and stars of the north. Party Found a big warship to aid them. Cut a deal and did good job of befriending Bjorn Bjornson to help. Killed some monks and took some robes. Also got a relic from monks wagon and avoided 20 horse warrior men of Wessex. Hrafns slave reluctantly betrayed his own order, was convinced less would die if he did help vikings but he cried a few times. A bit bloody but pretending to be wounded handy. While party seized gate from wessex men other vikings scaled walls and set alight stables. While most in walls went to fight fire, the gate fell and 70 more vikings stormed the front. Knights hid in the central walls while monastery burned. Alrek and Johan caught monks trying to flee with relics and stopped them joining the soldiers by hacking them to pieces. Others in library and party seized their books and charts. Aparently the order were searching the north sea for the place where the castle of the leviathan would arise soon.

Got lots of monks and many peasants hiding in walls from raiders. Got most of loot so barricaded soldiers in inner walls and returned to ships. Got a good share of loot but thralls and horses worth more than gold. Most lead heroes have a christian slave acountant ex monk. Realize weak unarmored people cannot really bother them and fighting more recklessly. Had to divide out potential concubines but they were not too fussy, but some vikings abstained.

Ship packed and set off home. Said farewell to Bjorn and he told them to come to York next year. Returned home to sell goods, recover from shock of seeing god Ganatathoa, trained up some of weakest vikings, learned some petty spells and spent time with family. Brothers agreed to split clan to Iceland hold and Norway lands which everyone thought very wise of them. More children born and Johan married a pretty girl thanks to cousin Thoras meddling in name of Freya. Alrek has seven children now including adopted. A distant kinsman died in swamp after bog iron and the fur hunt from Iceland bought in lots of money.

Apparently monk order party have been persecuting are hoping to avert the castle of the leviathan appearing so are searching sea from Iceland to Greenland to Vinland. Some texts in Hyperborean. The Stonedale clan dont really care but let monks pursue research while serving as their record keepers and loom operators. Poorest slaves given to Odin for sacrifice.

Briedr has had runes tatooed all over to make him more battle wary as reward for Odins Favour and all the sacrifices he won for Odin. Hrafn has superior armour of a nobleman, a chain shirt and mighty helmet he wears with a white wolf pelt. Thora had birth complications so getting concubine thralls for her husband as she bore two girls. Has been studying prophetic arts of a priestess. Her sister at home busy using her former monk thralls as concubines and has children to them but unmarried. Learning Rune enchanting. Poor Alrek beginning to regret having to prepare dowries for his daughters. Poor Johan recovered well as could from seeing a gods eye, his skin hardened and his mobility reduced. His marriage has brought peace to old rival clan which pleased the gods. Thorhaddr studying secret songs of the scalds of Iceland, spending time with young wife.

Hrafn ready to duel with dead wives ex husband and father of his adopted children. Accused him of killing wife he mourns for and sworn to Freya will not lie with a woman till man who took off with a concubine and shut her out in cold.

Rolling children survival and wife surviving childbirth rolls has been good, stolen from Pendragon. Land and family tables good too. Players get nice and exited. I like Vikings Indifference to the Mythos. When at Rune hero level will sack the castle of the Leviathan. Meantime York and some more exploration await.

The allegiance system in BRP Iceland is going to take a while to kick in. Odin favourin bloodletting, Thor fighting monsters and Njord favoring sailing the best. Thora matchmaking has got her Freya points but up to 8 score most need 41+ to count. RQ3 magic im using too, most have 1-3 points of spirit magic and a few have other magic skills. Throa's spirit battles are dangerous and unreliable. A few have Cthulhu mythos spells, three have Mythos scores but 6% best. Slave monks to read for you helps keep vikings lean mean sane killing machines.