War With The Goblinoids 3 gossip and magic 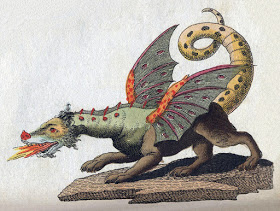 Goblin invasions might be periodic in some places, arising when the population grows big enough or the seasons and crops are kind. When the goblins leave they might leave all kids of shrines, ruined junk, pet creatures and soldiers behind. It might take years to clean them out. One of the worst problems is that other forces might take advantage of the goblins weakening a nation and invading. So don't be surprised if goblins soften land up for faerie or giants or other countries invade.

One day will do book of invasions with a narrative combat system, all my invasions and army lists. Ideas for future invasions include: Chaos, trolls, crusaders, barbarians,  insectoid, hell, old ones, xor, amphibians, dwarves, and more. Suggestions welcome. Was planning a siege series too with events for people inside and outside a siege.


Gossip - to cover wild stories of atrocities, failure and propaganda
Loot - particular goods flooding the market during the invasion


Do I need to do goblinoid mutation tables?

d10 What Started war?d10 Objectives of invaders?d10 What ends war?d10 Factions of undeadd10 Factions of Humans
d10 Quests of the War
Forces of the war
Part 2
d100 Encounters - Combat encounters on the road or countryside during the war
d100 Wonders - spectacles and events but not necessarily combat
Part 3