Overlands in the Sky Part 2: Factions 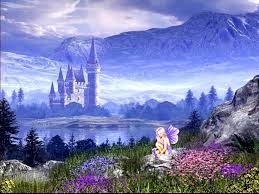 So next are some people for cloudland. Thinking more wharr fun this could be for higher level play. Lots of benefits of plane jumping fun but more controllable power levels and more in line with being opposite of the of the underland kingdoms. Master of Magic pc gamers should see the possibility of this and possibly where lots of high level adventurers disappear to. From this level of the universe you see mankind like bugs below and occasionally see gods and divine beings of the upper realms or servants of law.