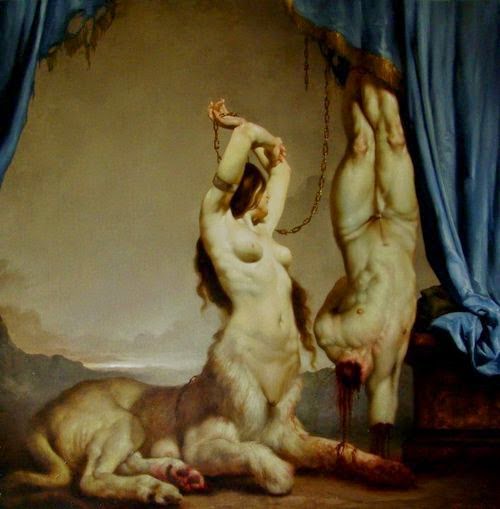 A few odd things i needed to do grab bag:

Alighnment
Alignment is for starting fights and that's why priests specialise in interpreting the will of the gods and resolving ethical matters. I love alignment so made more so neutrals can fight more too. Sheet in my game has two columns one with law-balance-chaos-none and good-middle-evil-none tick one from each or none. I even have alignment for pople who hate alignment. Their poor souls! Everybodies duty to help them.

True Nuetral = balanced-middle - support continuity of natural forces and cycles
Balance = balance-none - there is a way between law and chaos, we need both in right amount
Middle = none-middle - there is a way between good and evil, necessity drives conduct
Non Aligned = none-none - alignment is crazy and crap imposed on us, I will act as I please

Wizard School
Not as rigid as ADnD ones and overlap more. But need this and alignment table pronto for encounters.

d12 Wizard Schools
1 Elementalists call elemental powers and sects are different elements, quasi elements or para elements
2 Summoners call beings and powers from other worlds to do their will. Sects specialize in what to summon.
3 Illusionists create false visions, concealment, deception and deal with dreams. Sects differ in openness, some seek to entertain others to remain hidden and secretive.
5 Conjurers call on things and power from other worlds or create them from their will. Different sects make different things.
6 Enchanters use charms to manipulate others and make magical items. Different sects argue about ethics and magical economics.
7 Evokers call on other worldly powers for favours and magical powers. Each spell dedicated to separate entity. Books filled with names of entities. Sects prefer certain great arcane powers.
8 Cryptomancers use symbols, runes, powerwords, truenames, glyphs and other scribed magic to create magic items and defensive spells. Sects operate rival libraries of secret knowledge and languages
9 Sages serve rulers and nobles or even commoners with knowledge exclusionist and inclusionist sects. They are scholars and the power behind many thrones. Sects specialize in a field
10 Seers seek divine knowledge by arcane means and beyond human understanding or maddening secrets. They answer about the future and seek knowledge by magic. Sects have alternate methodologies like soothsayers.
11 Necromancers study death for immorality, lost knowledge and undead servants. Sects have undead preferences and makeup styles
12 Primordials - elder magic of cthonic alien wizards with sects or cults preferring different entities

Create Servitor Spell
Can create a servant creature lasts until it is pissed off and leave or it dies. Has morale like a hireling so not automatically obedient. Different versions are specialized in. Others might be hostile requiring a charm or other spell to tame.

Necromancer ones require a corpse but skeletons and zombie versions are quite obedient. Other casters require a ritual with ingredients like special clay in typically a cauldron or pit. Orcs are quite common and can be initially compliant to a bullying creator. Most requires an hour ritual.

The dead elf or clay versions of Create Orc spell are different and most lands ban the elf version. Especially the elves who killed almost every known user. Actually they dont like the clay spawned orcs either. Im thinking that one of elven secrets is they made orcs from own dead to win wars and to stop enemies using elf corpses for making orcs. A great tragedy they dont discuss. Dark elves and Bright Elves all part of fey and part of the balance with purpose. Goblinoids are their kin.

Any spells that create weird monsters are awesome and good for a Gygaxian ecology for murder hobos.
Posted by Konsumterra at Thursday, May 29, 2014