Acrobatics & Tumbling for my rpg's 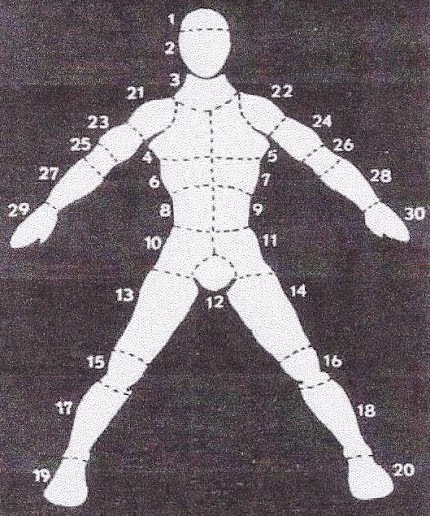 Just a clarification on these gymnastic skills I use in DnD, BRP and Marvel.

Its seems like olympic gymnastics are a art with codes and stuff id have to read whole books on to get.

Lots of gross motor gymnastic skills could exist
Dance, climb, jump, leap, flip, fall, etc and could all be used at same time

Tumbling helps to
-reduce fall damage by 20 feet or two stories or 6m
-spectacular cartwheels, flips, hand springs, hand stands 2/3 movement
-instantly stand with roll taking no time to get up
-while tumbling is harder to hit and can improve dodge attempts

Cool stuff to try
-mix with balance to tumble on a high wire
-jump out of car, off a building like a stuntman
-dive between someones legs, stab them in the back
-a tumbling charge makes you hard to hit
-if knocked over or fall or make dive for cover, then leap to feet all in an instant
-mix with martial arts to be more confusing target and fall well
-pretend to fall but dive and roll instead
-kick someone in the face while doing a handstand

Acrobatics helps to
-move through air with fineness when falling, diving, leaping and change to any facing instantly
-work with other acrobats, grabbing each others for flips, throws, form ladders
-swing on ropes, poles, candelabra, other persons to vault over them with ease and land on feet
-while performing acrobatics is harder to hit and can improve dodge attempts

Cool stuff to try
-jump from great height and and reorientated yourself to shoot multiple targets diferent directions
-vault over someone to attack from rear
-swing on chandeliers or curtain or vine to attack or just move about a scene
-make crazy leaps, vaults and swings by improvising terrain as gymnasium
-move in between people or over many difficult terrain hazards easily
-leap from tumbling burning vehicle and land on your feet
-maneuver in zero g better than everybody else
-fall but can maneuver to land on least worse things, like a enemy or tree
-fall but can maneuver closer to something for a chance to grab
-land on your feet if knocked back with punch or blast or can dive but land on your feet like a cat

I let these stack for agility or talent feats

A few other notes

I want to design a ballet dancing hit-man narcissist hero now
Posted by Konsumterra at Friday, May 30, 2014