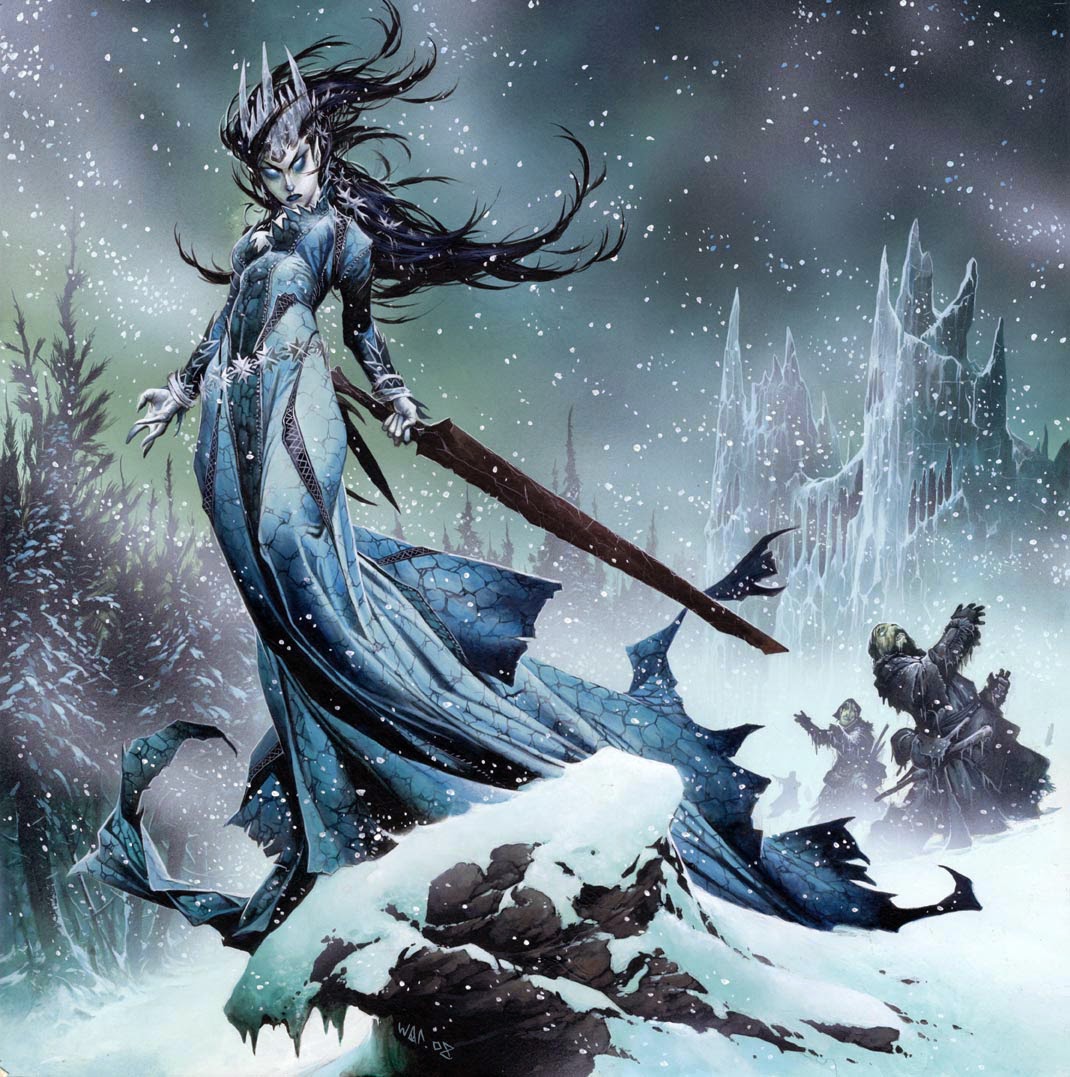 Will describe some setting hoopla on my dungeon + some links and talk for ad libbing all this Devil Hill business. And whats all this thing about that god under the dungeon? And why are the great powers interested in the Dungeon?

For now detailing the non humans and history which might be relevant to devil hill.

Lots of thoughts on this as I'm running it and fleshing out history of the island. Sadly dungeoneers are perpetuating a cycle of colonialism, extermination and hipster urbanisation.

Some players appreciate the original setting and work with it respectfully as a DM which id great. If I say local cultural beliefs look down on cheap hothousing and power mad adventurers, many of my players listen. Some wanna push the setting which is good if everyone else can cope with it. One person can drive a party into banditry or blood feud with they're personal agenda. Characters working for a faction will have an influence as should party establish cheap chain of taverns and mass produce chickens. Some are indifferent to setting and want power ups and kill kill kill. Or players like DnD spreadsheet number twerking which I don't have the maths brain thing like that. But  different kinds of players are all cool if they actually enjoy each others company. I guess really basic character classes enable these types.

At moment party regarded as new rich mercenary part time shopkeepers and looters.
Party looking more like some kinda cheap wannabe noble adventurer gang now. Newschool adventurers are seen by common folk like we look at drug addled gangsters in the uncool parts of town. Murder hobos, pressing the frontiers, camping in goblin territory. Might own houses but dont stay there much. Lets hope this humanoid rights thing never gets sorted out right and we can just go and take their stuff. Meanwhile their vulgar antics of adventurers and atempts at prestige condemn them to Gildentown, a suburb of Shadelport for the new rich. Cheap and flashy part of town with gold painted drain pipes for columns and lots of cement gardens and monster wedding cake houses. Flashy chariots and loud tempers as everyone here out to be better.

Shame of the old races
I will do more weird elf shit in the future.

Problem is the oldschool goblins have held their turf peacefully for millennium by having nothing humans want in the swamps and, mountains but as humans pushed in goblins who were bred as frontier soldiers by elves moved, back into to the goblin heartland. Their culture was shattered into thousands of gibbering tribes and variants forever. They are no longer a major force in he world but are still mighty and remnants of goblin kingdoms very powerful. Dark elves use goblins as serfs and make them grow mushrooms, hunt grubs and all sorts of bad jobs for a  slave cast. Many even fight for elves. Elves use them from necessity and don't waste them as most bosses do. Dark elf goblins insist every man wounded is carried away by three men. They get better medical care. More of them become boss types. They live longer, are not allowed to harm each other, so many volunteer knowing elves will feed and protect them

Elves kill you for treachery or persecuting them.

So any way the old school goblins in the mountain are the oldest and use stone weapons still. Darts, javelins, bows and spears are their favourite weapons. Blowpipes, bolos, garrottes and others are see too. Living where humans hate is the best tactic and why underland kingdoms of goblins everywhere like ancient times. Some goblins grown from beans, fern bushes, thorn bushes, cabbages, eggs, fungus especially toadstools. Elf women have been known to induce litters of other fey species but shunned is the birthing of goblinoids. Once loose they breed at a rate faster than humans so make up for slow elf breeding times. Elves reproductive rates so low they are doomed. Goblins are probably doomed but are putting up a lot of trouble. They migrate also to the great mountain passageway goblin kingdoms.

Goblinoids regard Devil hill as a sacred homeland.

Hobgoblins like maces and glaives and love crossbows and metal armour. More advanced goblin frontier tribes often have weapons like the humans they fight, like barbarians, empire, the Barony. Hobgoblins are naturally hard working and even employable but so easily offended and riled up. Goblins use this and keep their dumber cousins in control. Elves used hobgoblins to fight orcs and humans. Hobgoblins think best about war and domination, with leaders emerging which are smarter quite often. In matters of politics they are easily offended and outraged at anything even bad language sets them off.

Norkers are a dawn age ancestor of goblins and hobgoblins that had a resurgence in the stone age. Nilbogs are blessed chaos tainted chosen ones. Thouls are a terrible troll ghoul goblin cross breed bred for war and to guard kings. Goblins adapt in a single generation to local environments, developing small adaptions, skin colour, hair whatever.

Orcs are made by wizards in the stone age. The spell turns a ritually murdered elf corpse into a newborn orc warrior. Since then turns out you dont need the ritual at all that was just bullshit, you just need a couldron with room for lots of bodies. Elves created the version of the spell to crate orcs from peat and swamp clay and your enemies dead orcs into orcs. It was a messy war with extermination of a wizard school. Originally all orcs were  masculine and neuter. Then the half orc heretics came up with a way to make orcs able to breed,and again the elves killed their school. Later orc hero got wishes and made a dozen female orcs. All females are descended from one of the 12 mothers. Male and female cant be identified by human on sight mostly. Orcs make no difference to gender but mothers have developed obvious gender characteristics like breasts, and are elites. Mothers of half ogres or half trolls are heroes. Babies come out in a sack that continue to grow before opening. Great mothers produce litters. Allows them to breed faster, Grow longer hair and eyelashes. Orcs were made in devil hill long ago and regard as an important place to them. Other humanoids to fight and possible means to make more if they could understand the artifacts.

Bugbears are goblin mutation or sub species that gravitate to own kind to form tribes and breed true, but not as fast as most goblinoids. Bugbears often act as goblin chiefs, assassins, executioners, and champions among many goblin tribes. Other bugbears snub these losers. They love to sneak and kill after a good stalk. Cant help themselves. Hobgoblins and bugbears more wary of each other. Hobgoblins might snap and turn on them.

Dark and Bright elves are both related and tend to live in each others blind spots. They are said to be a bright elf for  every dark elf, a kind of spiritual twin. The king and queen of elfland are the gods of elves. Both have many forms and bodies. The gods of the bright and dark elves are actually the same beings. Humans just dont get it. Elves quarrel with little harm with millennia of skirmishing, but both unite against humans. On the Island they are separated by humans and seldom meet. Both politic with humans of the Empire and the Barron and have had elf slaying declared a crime in those lands. Elves are crossing the human lands more openly now and some are seen going in and out of Ghostwood. Elves come to dungeons to hire and buy slave goblinoids and trade. Looking for relics, gems and pretty ancient things attract elf adventurers. Dark elf woods near by and dwelling under the dungeon so most likely to meet.

Kobolds are type goblinoid nature spirit of low and dark places. The are industrious and hardworking, building in a mania from ancestral dungeon styles since the dawn age. Kobolds know they are small and use tactics and numbers to win. They are smart, crafty and brave in numbers, Many enslave them to use like drones for work or trap clearing. If you keep kobolds drunk they are lusty and entertaining companions prone to lewdness and loyalty. Shadel port sell them as house brownies and barn brownies. They love underground but like humans adapt to any climate. They were once a sea power and all can swim very well. They are one of the most successful goblinoids due to their age, skill and breeding rare. They are pretty good at magic. Had someone play my kobold character kit at 13th level. Kobolds heroes have elements of fighter, magic user and theif. Like other goblinoids Devil Hill is a sacred homeland.

Gremlin is a pocket goblinoid, a rat like trouble maker kind of like annoying squirrels. They can be bribed with food and trinkets but get more demanding and murderous as clan grow. Love sabotage, thievery, traps and locks. Other goblinoids plant them as saboteurs.

Dwarf are nature spirits and of all humanoids closest to trolls who also crawled from the flesh of slain giants at the dawn age that were slain by gods. They are dimly sylvan creatures but human like obsession with weapons, armour and gold has distanced them. Red dwarves live in forests and still connect with animals and fey most. Black dwarfs use iron and love war and are most often evil and like mountains. Grey Dwarf are underland dwellers and most isolationist. Derro and morocks are degenerate evil creatures descended from dwarfs. Dwarves explore the hill for relics and to kill race enemies like goblins. Dwarves are resentful to man for stealing technology (thieving apes!). A tribe of black dwarves with improved firearms and hell metal have been seen of late seeking to reclaim a dwarf ruin to start a new power base.

Trolls were once civilized and magical beings. One claimed to have developed secret of imortality and was actually a servant of chaos, the troll enemy. So the treatment made chaos trolls which out bred and exterminated most old style kin. There are some smaller peaceful ones left in barns and under stoves a lot like gnomes. The ancient trolls ruins are seen more than true survivors of the great dawn age power. True trolls and Dwarves used to fight now Dwarves just feel sorry for them and see their kinship clearly.

Gnomes are kin to dwarves and elves and true trolls. They are a nature spirit folk and many minor breeds exist in hidden places. A fool could mistake them for a dwarf. They are less warlike and less materialistic yet excellent tool users. Gnomes also like humans more. A grey gnome town is under the dungeon and some of their steam apparatus ruins are found.

Halflings are kin to elves and gnomes and goblins. They are nature spirits of hedges, shrubs and bushes. They are happy to borrow technology from humans, especially if helps them with creature comforts in their burrows. They explore the hill for stuff to steal or pretty ornaments.

Many humans have some orc or elf blood from old days, and a bit of goblin too. Orc-human children get a mix of parent features but 1in6 are fully orc. Elf human is very unlikely 10% normal human fertility and might produce monsters or a shameful litter of goblins 7in10. This is due to curse on half elves. Elves dread breeding with humans now. They see humans as crude dirty apes.

Final note:
http://dreamsinthelichhouse.blogspot.com.au/2014/05/my-dungeon-has-dungeon-master.html
This is a nice piece on dungeon keeper big bosses who maintain dungeon traps and repopulate the pit. I had touched on this slightly and i have enjoyed using crypt keepers as level bosses so I need to incorporate more of these ideas...