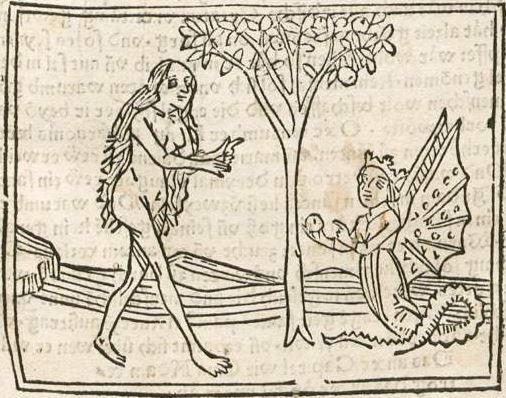 It is worth pointing out lots of elf stories feature reptilian or draconic features at times. The batwing snaked tailed person is such a faerie (but also depiction of snake in eden). Something to consider the cosmological significance of. In one tale a man marries one and is give a condition he breaks and she flies away, The three sons are brutish sadists and one has a huge overhanging fang. The point is faeries may seem similar but are alien. Faerie will pay a tithe to hell every 7 years to keep devils away often paid with human babies. Faerie use humans to strengthen their bloodlines and

Wildmen are naked savages often hairy and may wear living vegetation on body or in hair. They worship faeries. Many are berserkers and hostile to humans. They do respect kindness and will repay it with information (treasure, where witches meeting) but most don't speak much. Wildmen are led by druids and some directly follow dryads or other beings.

Faerie and goblin food or drink is addictive and makes victim hard to survive on mortal world. Without food they will wither and die. The strongly virtuous are better able to resist the temptation. Faerie gold tends to vanish and is used to trick humans in trade deals or as bait. Children and youths are atracted to faerie promises and gifts more than adults.

If I ever write my own monster manual I think all the wee folk faerie types will be compressed into one type with random variants.

Part 3 will be rumours and treasures

d10 Faerie Forts
1 Giant tree surrounded by other trees, concealed with hidden entrance
2 Small ancient keep that looks like it has existed forever where thee was none before
3 Hill rumoured to be burial place of ancient kings, hollow with faerie court inside
4 Glass or crystal fort that moves or disappears (black glass for dark elves)
5 A great door in a hill or rock enters into a impossibly large otherworld citadel
6 Ring of mushrooms or flowers is a gate to faerie castle on other side
7 Standing stones if walked about right is a gate to faerie castle on other side
8 Blackened stone ruin partially built from charred skulls
9 Invisible tower only visible from the inside
10 Cloud fortress occasionaly lands or drops a ladder

Faerie encounters are less willing to die than others. If foes don't succumb to magic or flee or surrender the faerie will be cautious. If many are wounded or a single one is killed the whole group will try to flee with wounded or dead hurling curses and threats. As immortals they take death seriously.

So this table is for countryside encounters. Feel free to roll lower dice like d10 for first part of war and use higher dice like d12 or d20 till d100 when war fully functioning