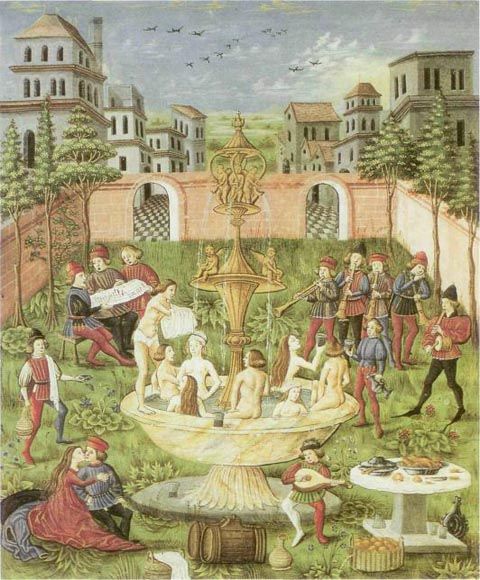 So i put up a poll on which war zone next and got 50+ replies with faerie winning by a shrinking margin to necromancers. So my format to the war zones is niceley established with a bunch of d10 and d100 tables. Some of these deserve mutation tables.

Giants - for when that wall players built in the mountains comes down...
Amphibians -sea monster invasion
Holy Crusade - angels sick of your shit come to punish you all with zealous paladins helping
Dark Eves/Underland - people you didnt even know under your feet
recommendations welcome... should keep me into next year
Xor Invasion

War Zone Typical Descriptors
d10 What Started war?
d10 Objectives of invaders?
d10 What ends war?
d10 Factions/Goals/Events
Forces of the war
d100 Encounters - Combat encounters on the road or countryside during the war
d100 Wonders - spectacles, events and encounters but not necessarily combat
d100 Gossip - to cover wild stories of atrocities, failure and propaganda among the common folk
d100 Loot - particular goods flooding the market during the invasion

Faerie War Zone Part 1
All wars are a mess but faerie wars are the worst. Faeries are not nice, weap, puny or rare. They are spiteful, boil up hordes from nowhere, use magic and leave the land cursed and dangerous. When the faerie war ends the landscape is changed and unrecognisable. The human survivors are changed forever. You can't retaliate against infinity and it can vanish without a trace when it chooses taking all your children.

d10 Objectives of invaders?
1 To punish humanity for greed and development
2 To make sure humans never cause trouble again
3 T0 restore the natural balance
4 To heal humans of their many maladies
5 To cull human numbers for they are a pestilence on nature
6 To restore ancient forests for sylvan beings
7 To relieve boredom
8 To take slaves away to fairyland forever
9 To conquer humanity and control their rampant overbreeding
10 To teach humans respect

d10 What ends war?
1 Faerie just vanish with no explanation
2 Planted enough fast growing forests for now
3 Satisfactory amount of death and mayhem
4 Bored and end war on a whim
5 Left thousands of changeling babies among human kind
6 Their honour is satisfied
7 A treaty is sworn by leaders
8 A great wasteland is left and faerie lose interest
9 Seasonal change and faerie moods change at a whim
10 Faeries have change of heart and sick of war

New Human Forces (see Peasant Revolt)
Humans forces are similar as to others in this series but humans have come to rely on rangers scout groups made up of hunters, games keepers, trappers and men of the forest. While not as good as elven warriors such scouts could give early warnings and performed well against beastmen and centaurs preying on the rural humans. In many cases rural humans, scouts and yeomen were reluctant to fight faerie the most as their ancestors had worshipped them and even had some common blood. Most urban humans fear the wilds and their disrespectful attitude to nature antagonises faerie. While human forces try to behave as disciplined modern armies these tactics fail against most faerie.

Faerieland Forces
Elves will have armies that fight humans slightly more traditionally. Many faerie are skirmishers, raiders and don't differentiate human soldiers from civilians. They will accept human surrender or worship or even let humans ignore them. Fighting or resisting faerie doing as they please can make trouble. Faeries will take strongest, prettiest and the young and often leave the old, the sick, the mad and the infertile. Faerie use humans as labour, wet nurses, servants, soldiers and even change humans to suit their whims. Humans are able to be turned into beastmen, plantmen, lycanthropes and other uses. Humans are also good for breeding. Faerie mothers often die of find giving birth distasteful or dangerous.  Faerie may give birth to non faerie children some produce goblins instead which have uses but makes the elf mother ashamed. some birth animals and other creatures. Faerie children are weak and many never mature. Human mothers are more resilient and their children stronger. It takes a few generations to breed out the human but these part elves help to bolster the faerie races.

Faerie with log term plans over human lands will plant rapidly growing trees, stelae, crystal fountains, hills and other objects that allow faerie reality to overlap and overtake human reality. Faerie rings and stone circles and strange mists act as gateways for faerie to come and go as they please. Intelligent talking animals increase. Tree and other spirits awaken. Spirit folk come out of hiding in their secret places. Many beings can spy on humans and walk among them. Humans have little hope of gaining any comprehensible intelligence but a few pro human elves, hybrids and former slaves might talk. The highly addictive food of fairy land is a big threat and is used to entrap and enslave human, attuning them to faerie land. Faerie forts might just appear and while small might hold thousands of fey warriors. A seeming easy victory might be a deathtrap. Faerie magic makes them unpredictable. Nothing is certain and everything is turned on it's head.

As war progresses more and more evil creatures are used as faerie grow more angry or desperate or committed. They dislike death and will often retreat when injured to fight another day, preferring to use non immortal troops to suicidal actions.

Faerie armies are often swarms mixing all their troop types mixed and irregular or chaotically swarming around a core of disciplined regular elves in the middle. Magical leader types often support the elves also. Faerie leaders are more willing to fight than human leaders.