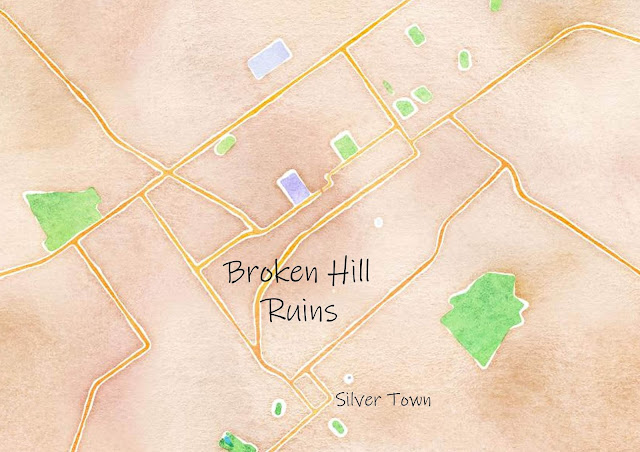 So this is lacal factions and organisations in the area. The first d12 table is for the larger most common sects. The d100 table is for lesser but still known sects.

Tribals
Tribals are those who love according to ancient precolonial traditions, many descended from indigenous Aboriginal peoples. Include native animal folk as members and whole tribes of single species animal folk. They often wear very little and have body paint and some cases ritual scarification often gained in initiations. Many live undisturbed in wastes and forests far from what passes as civilisation. Some trade and might use some artifacts. They are wary of non tribal peoples and especially dislike ferals who they see as insincere and compete for land. Weapons: spear, javelin, club, stick, rock hand axe, knife, dart, boomerang
Skills: beast  lore, hide, plant lore, sneak, survival, track

Ferals
Nomadic tribals often with dreadlocks, shell and bead necklaces, tattered scrap clothing and thick calloused feet. Often covered in red dust and dirt with trinkets from animals for decorations. They descend from ancient youth subculture of nomads, runaways and dropouts. They shun technology and civilisation yet steal food and things they need. They will use alternative energy, vehicles and music amplifiers occasionally. They are known for parties and dances attracting thousands for seasonal; festivals. They don't understand why so many people hate them. Many are vegetarians and have performance skill to earn scraps of food. Many animal folk join ferals especially those not native animals.
Weapons: dagger, staff, club, rock, sling, short bow
Skills: dance, begging, herbalist, juggling, sleight, repair

Raiders
Various tribes of punk gangs that roam the wastes killing and looting weaker peoples and demanding tithes from food producing settlers. Many are cannibals but each gang varies in tribal gimmicks. They use any weapons they can find or maintain from crossbows to black powder to cartridge based fire arms from automated micro factories. Most practise cruel torture to be initiated which often kill applicants. They despise the weak as cattle.
Weapons: machete, dagger, battle axe, hand axe, club, crossbow, musket,
Skills: acrobatics, intimidate, looting, repair, spot, torture

Warlord's Domain
The warlord started as a raider who after taking over a bunker under South Broken Hill, learn ed many arts of civilisation and set up Silver Town to rule over the southern ruins. While the Warlord claims dominion over all the ruins the main northern ruins are wild sprawling and too dangerous to control.The warlord minions are either warriors or thralls or slaves. Warriors get respected most, thralls are semi free commoners and slaves are treated as expendable cattle mostly captives. Slaves may become thralls if they serve their warrior masters well. The warlord is harsh but consistent. If he can smash gangs and raiders he plans to invade soft farming folk of the east. They are wary of the Canetoad Empire to the north east.
Weapons: crossbow, spear, sword, battle axe, dagger, musket
Skills: carousing, endurance, jumping, looting, marching, scout

Silver City Rangers
This volunteer organisation is funded by merchants, settlers and the warlord. Idealistic and dedicated their mission is to protect and warn settlers and merchants of raiders activities. They also keep away gangs and other day to day law keeping but don't conflict with the warlord who may veto some of their activities. Rangers wear white neck scarves, silver star badges and wide brimmed hats.
Weapons: dagger, knife, pistol, lasso, rifle, whip
Skills: hide, listen, scout, sneak, spot, track

Merchants
Traders who roam the land buying and selling goods. Most comunities encourage and aid them but raiders predate them. Merchants might settle in towns and operate stores, markets, taverns and money lenders. Some travel as pedlars with pack of wears, others have an animal waggon or form whole caravans.
Weapons: crossbow, dagger, machete, musket, sling, staff
Skills: appraise, bargain, diplomacy, drive waggon, merchant, porter

Purists
Hunt and kill mutants, replicants, robots, cyborgs, talking animals and anything they see as unnatural. They see themselves as noble crusaders fighting evil and chaos. They are cruel fanatics feared and hated by most. They often leave victims burned, crucified or tortured wrecks. Each sect is a different order and leaders hav grandiose titles. In some places they act as a secret cult lynching mutants in secret while wearing hoods.
Weapons: crossbow, battle axe, dagger, lance, sword, military flail
Skills:  ancient lore, fortitude, cult lore, marching, ride (horse or other mount), torture

Bunker Dwellers
Many bunkers remain sealed since the war and such societies are secretive but send agents to the surface to obtain materials or assess security risks. Bunkers vary but all have more in common with each other than the scum who survived on the surface in barbarism
Weapons: club, dagger, pistol, rifle
Skills:  ancient lore, bluff, carousing, computers, disguise, repair