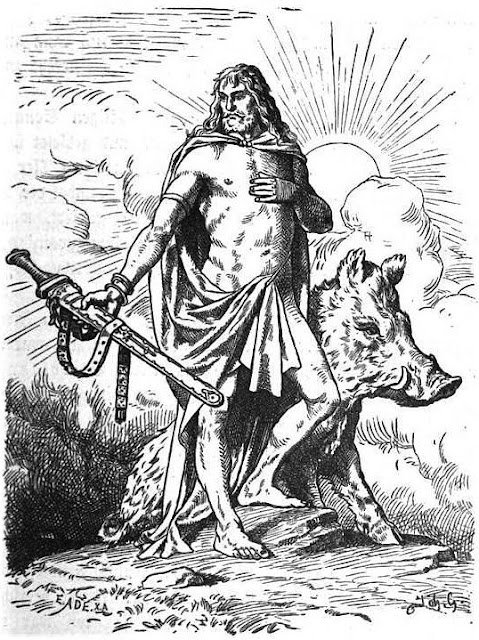 So when you enter fairyland or climb about the cosmic tree you also have the means of exploring other dimensions. Part of the point of this stuff is so high and mid level characters might be able to plane travel for strange kills and loot.

A short Quest
Might involve a single return and back trip

A longer quest might involve a d4 or d6 steps
or
might require more planes in upper world or lower or middle worlds to visit
You enter usually through a frontier forest into a magic forest then usually go up or down or across. I might design a flowchart for this stuff with some graphics some time.

My last elfy post for a while but will do
-expanded forest areas
-tree-plane flow chart to plan adventures and solo adventuring
-some weird neutral scary fairy beings who often act as gatekeepers
-faerie gates
Posted by Konsumterra at Thursday, February 01, 2018