Underland 4 - First version of a map 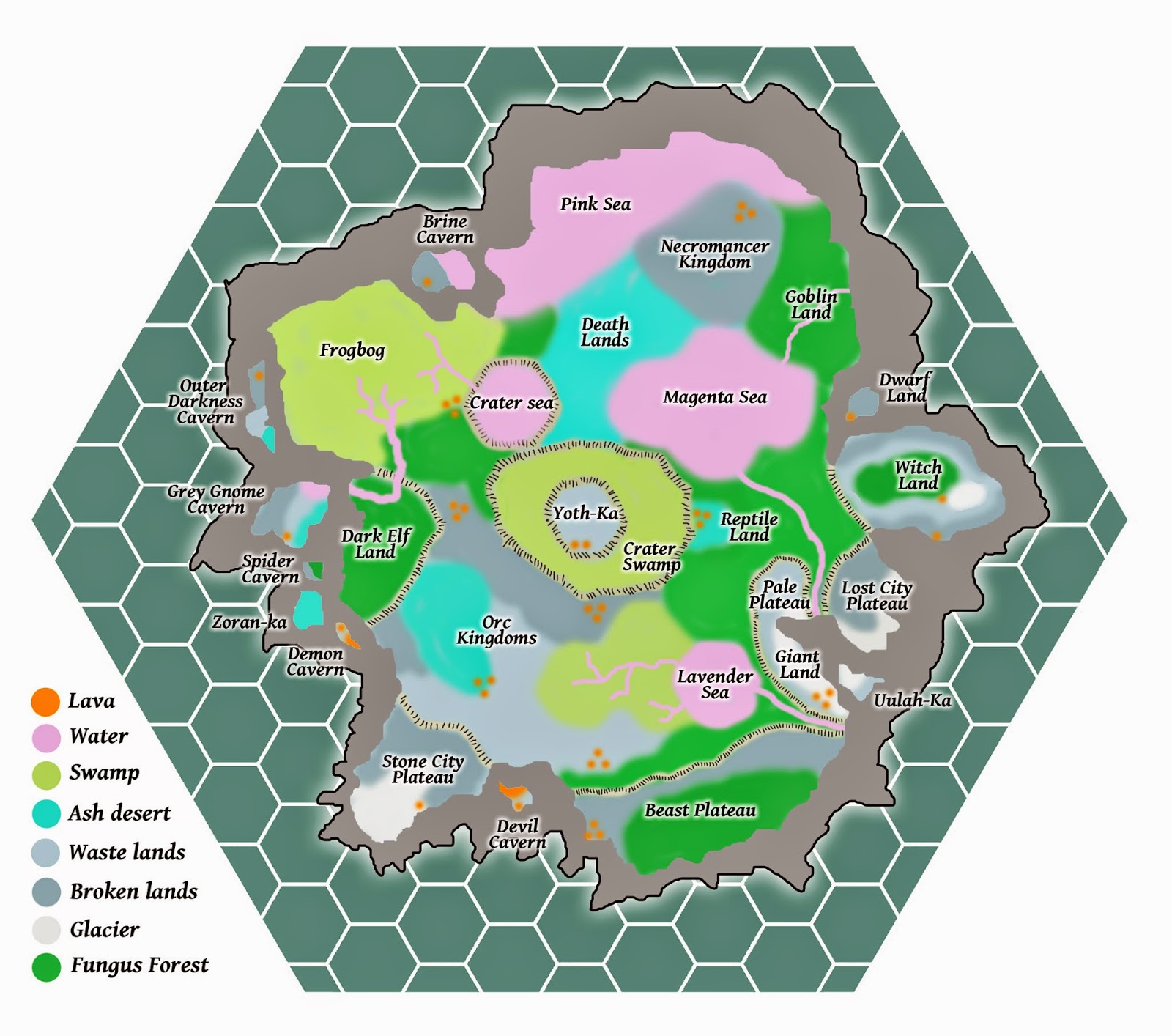 So here is the underland i did for tenkars landing project as a small sample of a underland. I will use under my exile island. A big shake up for religion on exile island coming soon too as empire attempts to unify and update the pantheons.

The next version of this map is to put locations.

Villages, especially for the tribals.

Lots of citadels, intact and ruined.

Several ruined cities and monumental wonders including pyramids, ziggarutts and a colloseum.

Yoth-Ka is a remnant of the elder gods and has a great pink beacon that lights the caven or is at least visible from most of it. Any whee with -ka as a suffix is a elder age pre human horror location.

Orcs have the biggest land and most varied terrain - tribes have varied skin colour. White orcs were once albino subtereanean cannibal humans who served monster gods.

Lots of beings here declare themselves kings and hierophants down here.

I might add some texture to the terrain types.

This has given me ideas for interactions and factions and i can start torturing players tonight with it.

Could run whole campaign here - gettin in is easy. The place is cursed to contain the imprisoned evils here. Leaving a hostile sorcerer on the surface after party will have interesting results. 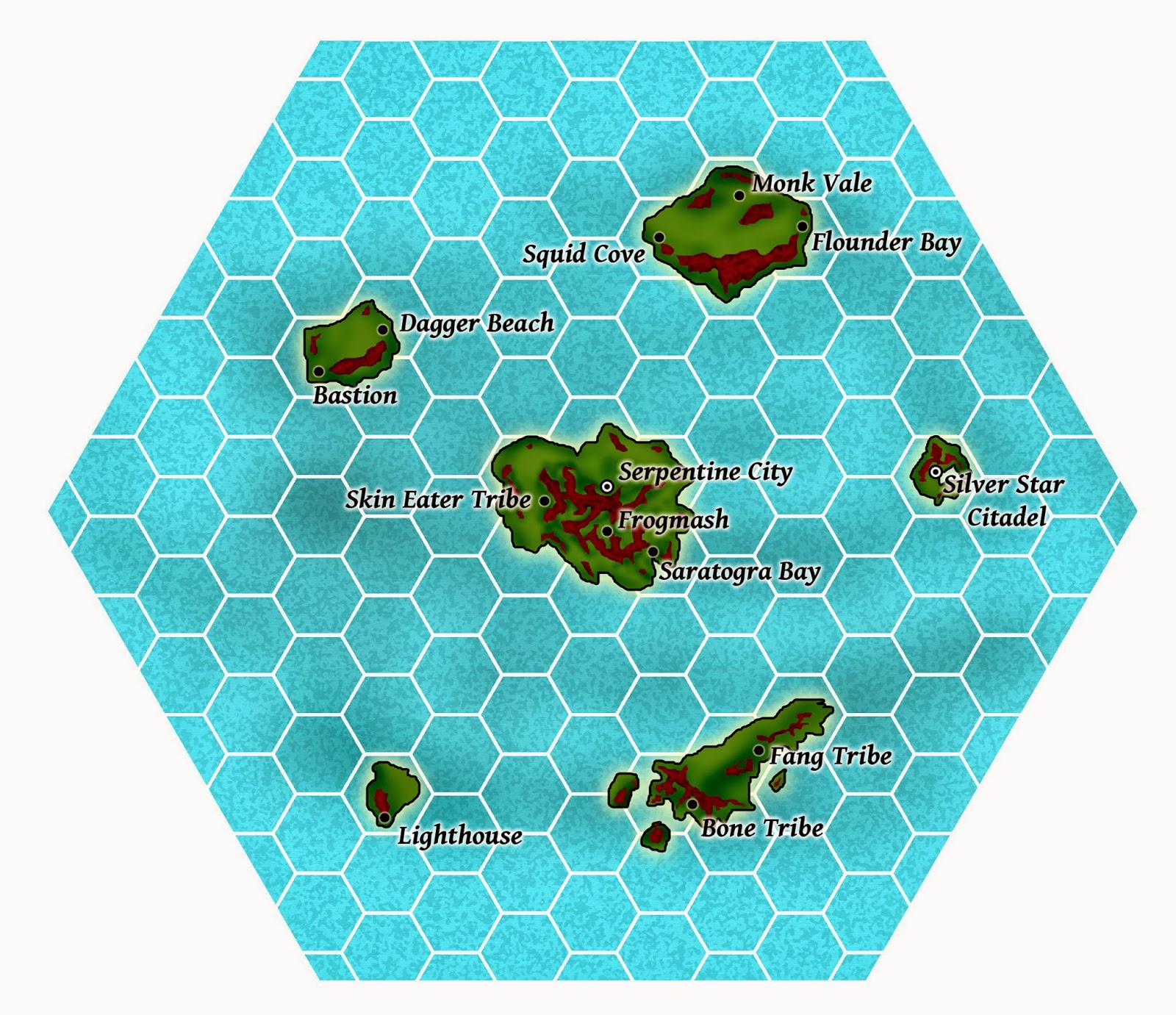 Here is the surface with place names but i changed the eastern most ones name since.

Yet to do location map for the surface and middle and underlands then start a gazeteer and lots of encounter tables.