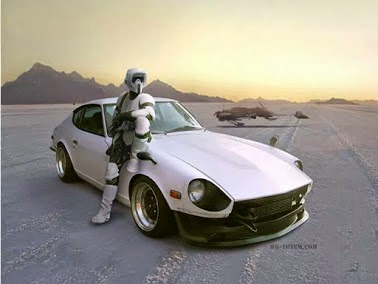 Have updated my pages and links to blogs by subject. Added new bar of some fave bogs but not working yet.

Sad result of my income doubling. Have most of my game stuff book wise in the post (Amazon EU are slow). Gurps ROME being printed for me also very late. Have been using matchbox (techie) and hot wheels (cool) cars. Got trucks, some fighters, copters and more. An A-10 to scale would be nice. HO scale folk for trains, I put bases and flocking on the ppl and are ready to go. Got some street signs will order stop lights as not available in australia. Been getting dinosaurs also to use in a few games and possibly mars attacks.

Plan to get a bag of 50 trees as needed.
Make some smoke, mine and other tiles for roadwar game.
Some more animals handy too for roadwar like cows and a giant snake
Just got some cheap bugs and frogs and snakes. Flies, roaches and spiders would be handy.
Some warhammer spare guns to put on cars would be good. Will have a crack at painting and modding the b grade second hand car models I have some time to be more apocalyptic.

Got Mars Attacks game and will be using cheap toy bugs instead of card and token ones. Farm and domestic animals handy too to replace animals and something for the martian tech tokens. Will buy more army and martian grunts and the civilian set with burning cows. Have two sets of ruined walls look forward to the undamaged ones.

Club has a nice collection of hero clicks and I may look out on e-bay for some more for super hero games. I built foamcore interlocking roads and card buildings that can stack and fold flat in under a minute whic where were good in con. Ive made some little shacks and fence sections to. Will try posca detail on roads or might stencil. Buildings will look good if I stencil on windows.

I have had strange idea of building dino pulled chariots and cavalry but limited use even if cool.

Must get on with my bronze age chariot building which has been slow.

Several dream projects for next year.

1/72nd or HO or 20mm call of cthulhu. I want a set of vintage cars, a set of cops and armed civilians and a set of gangsters. A few biplanes could be handy as I considered a WW1 flying ace cthulhu game. There are some nice sets of this scale for traditional fantasy too. Some special forces and terrorist/militiainsurgent sets might be nice too. Im awaiting Cthulhu wars but I might try and make some horrors myself. Will be racing in Relyeh in my Roadwar game soon.
http://theredbox.com.ua/set/39.htm

Found a company selling Danger-5 and brit SF and spy-fi minis that look good. Even have Blakes-7 minis and federation troops. Dr who this scale appealing too.
http://www.crooked-dice.co.uk/wp/product/starter-set-danger-5/

One nice company in Australia has lits of toy dinosaurs, mythology and animals I want to get. Delivery handy. Very nice minotaur and lots of dragons.
http://www.minizoo.com.au/

One of my players scored 20 HO scale motorbike which were great but now we cant find any supplier with deal this good. Some charge $20 a bike. Consider getting Dark future box set and cast bikes from that.

Well as im on holidays soon will save this mostly for next year. Also need scanner for my drawings and to reduce my paper archives, another drive, some photographic lighting and possibly a macro lens. Alas xmas i get no pay for nearly a month. Am pre paying my rent and flights for xmas trip to Adelaide now.
Posted by Konsumterra at Friday, November 21, 2014