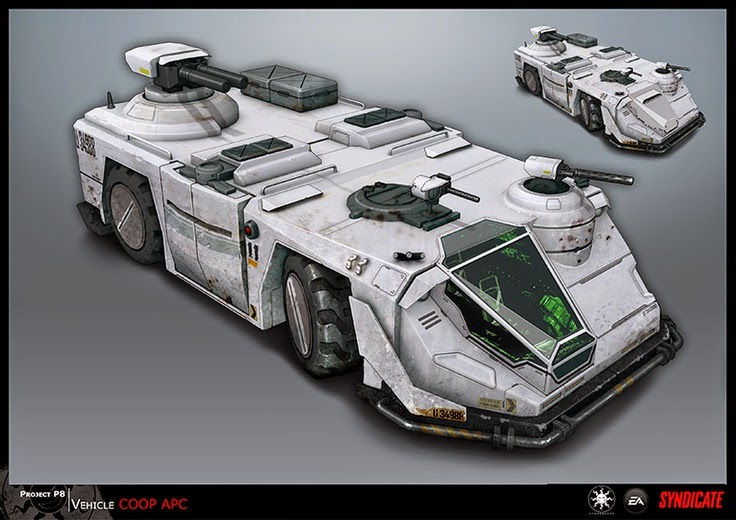 So out riders found more corpses on the road but one day the sherrif and the mutant were scouting in the front when they came across a bearded man from nowhere. Both stopped and looked to see if they had hit man but nobody found. Weird but went to town to tell locals thousands of triffids coming. Barmaid helped them tell locals and everyone locked up houses as if a nomad gang was coming. Mentioned funny old man incident and barmaid mentioned the weird old man they hung a few months back for making big flaming occult symbols in the grass right where they thought they saw the man. Apparently locals had hated his family for a hundred years.

Found his house and joined by the professor in his van who liked history. Mutie slapped down barricaded back door like paper and began to look through the house outfitted in early 1950s bush poverty style. Sherrif unconvinced this was meaningful and got in car to join triffid herders. Mutie found a side bench full of silver and started filling his pockets.

"We need to check this out could be same cult following the triffid herd stirring up trouble".

Proff started putting old occult books into his van by the box as were worth thousands including some Byzantine manuscript in Greek by about some wizard named Eibon, possibly a thousand years old. As they looked the failed to notice sounds from upstairs and the mutie felt a slimy tentacle wrap around his torso pinning his arms to his chest. He screamed and tried to kick but fell over, the heavy breathing horror climbed on top of him pinning him down. Proff drew his foil from his walking stick and came in room and gasped at the tentacled gelatinous thing with a huge gibbering baby face. He ran it through twice and called the sheriff by headset. A tentacle slapped him in the face and he screamed and passed out with toothed sucker wounds.

Mutie managed to flip over reversing the creature then breathed fire in it's face. It cried like a baby and scuttled upstairs and slammed a door. Sheriff and the cyborg trooper arrived to help and found mutant giving first aid. The sheriff helped out with a high tech plasti-flesh bandage and all went upstairs with guns. Kicked door in and all fired at thing hiding under coils of rotting old mattress in metal frame bed. Liquified the screaming horror and blew hole in wall.

Proff joined them searching threw basement and found lockable pits which mutie opened and found in first a long dried out version of thing upstairs. Next pit was a withered dried out twitching one which svreamed as they shot it. Cyborg flipped and jumped in pit and began tearing off things skin. Others watched awkwardly and sherrif left. Found old faily bible detailing a hundred years of inbreeding and some un named males breeding into family every 30 years. Mutie considered what he first thought a mutant was in fact predating the appearance of muties in the 80s by decades.

On road again till camp. Proff talked farmers daughter into playing xbox in his van on condition he not talk or touch her. He and mutie started reading occult books.

Next day Sherrif and mutie on road went to drive under some pipes going over the road and saw figures hanging on. Both swerved and several figures dropped under and near sheriff's black interceptor. Several dropped into the mutie ram buggy. One was head first in back open seat trying to move and other tried throttling the Mutant from behind. Sheriff turned to help and mutie punched the zombie in the head partly smashing it's head and slopping goop on his huge ham fist. As rear zombie adjusted himself the sheriff fired hollow point magnums into it blowing off its head. Mutie punched zombie skull again and removed upper skull so brains slopped onto his lap. Stopped and stepped out tearing off zombie arms.

Went back to machine gun and run over zombies so rest of triffid wranglers could pass.

Meanwhile in rear horde of cultists in pickups was spotted by the drone the cyborg had looted so he set up ambush near road with phosphorus rounds in a six shot grenade launcher. The utility trucks moved in each with rear tray full of robed cultists. Boom first truckload were on fire and cultists in rear jumped out screaming till they fell. Burning truck stopped and drivers got out. Adjacent truck a bit singed and passengers a bit on fire when next grenade  went off setting truck alight and sending passengers running about on fire. Missed next two as truck came at him and he flamed that one too. Driver with shotgun charged firing at him but no match for army flack suit and dermal plating. Got close with empty gun and cyborg shattered his arm with his hammer punch arm. Then he hunted down rest and put out spot fires in long dead grass. Killed 24 men. Not bad before lunch.

Another night at camp as Proff started to realise the funny Greek book would take a while. Mutie read of family history from house how they had moved to Australia in 1880's driven from New England USA. Interrogated a surviving cultist and he was useless but big event coming in two days. Team put on a show about executing prisoner

Next morning found a crucified sheriff and buried him according to the Mutants christian and Sheriff's aboriginal customs.

Later found a farm women running at them screaming. Sherrif asked whats up. She told how she went looking for help as a big lizard on her farm, biggest she had ever seen and her kids in house hiding. While she changed a tire from broken glass on road a gangbanger had run from hiding spot and and stolen her truck.

Sheriff was happy to help.

Meanwhile in rear cyborg had detected a high altitude predator drone spying on them. Nothing in party could touch it.

Next time the Sheriff would ask how big. Blaze with guns and it spat cloud of acid the both swerved to avoid. Tires a bit melted and mutie rammed it with his front plate. Both drove past and around house for second attack. It snapped at them wounded in rear. Mutie kept same course while sheriff went opposite direction crippling lizard front legs. Mutie rammed from behind and drove over it. Finally dead the triffid herder crew all stopped for a big feast of lizard stake. Farm woman tried to seduce Sheriff and failed but mutant helped her out. Professor stole her underwear and put in his collection in van.

While eating a triffid staggered from herd and went towards the proff stinging him in the face. Was one of the wild ones that joined the heard days ago they never found. Mutie with machete and cyborg with fist attacked it while sheriff dragged proff out from under triffid. Mutie cut off its head. Proff lost an eye and face was swollen purple and in a daze. Farmers daughter drove his van while he in back dreamt of tentacles and triffids slapping his face again and again.

Next day was a blockade ahead. Sent out drone and 5 cars worth of security forces on road ahead from a private dodgy security firm. Famous for gang like behaviour and ignoring rural lawmen. They insisted party let themselves be searched for fugitives. Sheriff looked on his satellite link was no legal man hunt in area. That drone a bit intimidating also.

Party invited sec forces to camp and they searched vehicles. Found proffs panty collection and he blushed. Cyborg could see them plant transponders on every vehicle except the farmer couple wich proved they were the infiltrators. After they left he looked at transponders, built a signal jammer and put a boosted one on the farmer couples white jeep.

As night approached saw ahead under full moon with drone a huge crop circle with hundreds of torch bearing cultists chanting and screaming. Party had a quick meeting and decided to run triffids though the field. Many triffids regrowing stingers rapidly and were popping out of the pods ready for action. Proff was able to drive again and getting used to loss of eye. The farmer said he could get a new eye in Tamworth the nearby destination only two days away.

As herds moved towards the field and cult tried to call Shub Niggeruth the drone fired 8 hellfire missiles. Cyborg activated his kill switch and the missiles wiped out the crooked farmer and his stepford wife.

Triffids smashed into cultists murdering them with ease with stingers and pure weight. Party had other cyborg (the sex maniac) buddy appeared to join them. Then from a swirling mist ahead in field four huge Dark Spawn appeared and tried to control the triffid heard. Most of the hands lost it. Several ran but one with twin miniguns managed to kill a 40 foot dark spawn. The merc couble buggy went out of control as the husband and wife team drove out of control and were crushed flat by the disgusting tentacled tree monsters. The three legged tentacled horrors were blasted by party who swerved to avoid them Sheriff fired burst then worked on driving triffids away. Mutie rammed most injured one splattering it's leg and felling it. One vehicle of wranglers with dewy eyes drove at the biggest one carrying the priestess and the great beast scooped up the SUV and ate it whole. Proff and others helped herd triffids away and the darkspawn fell in a blaze of machine guns, rockets and phosphorous grenades. Cyborg managed to hit priestess with phosphorous grenade and she fell underfoot in her blazing robes.

Worked all night to move triffids away and settle them. A few more peaceful days till Tamworth where former meat yard received Triffids. Only the Farmer, his Daughters and the car of city bimbos out for adventure remained. Three other cars had fled from the horror meaning more shares for all. $30 000 dollars each and Farmer shouted them to night in best brothel in town. He gave party his farm and was moving to town with his daughters.

Spent days in biggest country music festival in country and Proff got a black market laser assassin eye with a video camera, his first upgrade.

All pleased with the big job well done knowing they were Aussie legends of the last great triffid muster.