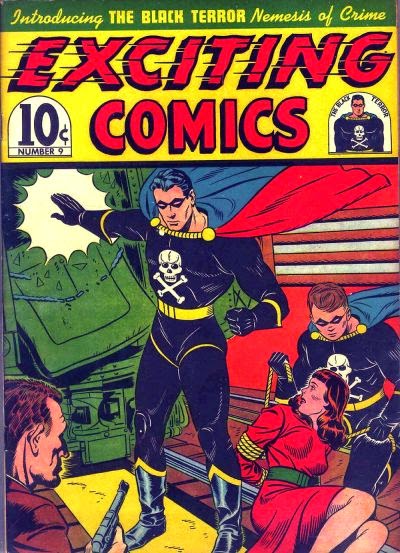 A nice game tonight. Had some older players in club keep on playing DnD so changed dynamics and my plans a bit. +5 spot Karma for dialogue and roleplaying has been working well and more speaking in character.

So a new hero Ion joined team, a journalist with alien suit who could transform to electricity and run into people at high speed. Very fast and agile. Good on defense and damage with only mediocre health.

The traveller a alien detective was getting a bit forlorn that he couldn't damage anyone but was best investigator and had lots of useful abilities outside of combat. Got him tto use his dimensional armoury more so noe he loads up his car boot with depleted uranium slugs, grenaides, assault rifles with tungsten ammo then equips his quantum clones. Worked pretty well.

Joined by Titan Armour, secretly a kid in base when warned of government science warehouse from 70s being robbed. Came across gang fleeing with robots loose. One a streamlined crimson jap design and other a bucket of bolts with conventional weapons. Took down the gang but robots loosed were harder. Found links to Defence Service Tech Org, a retro hero team that kind of disapeared from 80s and pro human hero haters from a political group monitored by government. The new guy Ion infiltrated and they found signs of a long missing Scientist Hans Koch from gov labs working with old hero team to build anti metahuman robots.

Hero Maw dropped in to help with his super eating powers, back from decontamination from eating nuclear waste. Also advertising fly spray and garbage bags.

Ion joined the volenteer militia group and was taken to camp. Others hid and watched while Ion in a cabin with bunks of recruits. He was being watched and tried to get out to go to toilet but they showed him a bucket. Outside group had a meta detector backpack and closed in on hut. Ion tried to bullshit his way out almost turning rest of conscrpts into atacking his watcher when doors opened and gang attacked. Ion acidently went electric so he ran through hut wall superfast. Militia looked about to see heroes approach in Travellers car and Titan aproaching on hover skates. Alass it was too late for them because the Maw burrowed under them by eating soil and men all fell into trench of loose soil.

Police came and rounded them up and found evidence to declare nation wide org as terrorists.

Ion tried to use hero base computers to hack the party office and fried base computer system. He revealed he had luck powers that did odd things sometimes.

Finally agreed to visit base of old heroes (based on characters from 80s club game of super squadron). Stormlord a hero with a hundred years of history joined them for visit. He was a boorish boastful thug but handy (actually is the fifth version descended from WW1 hero).

Arived on island and transmitted safe codes. Traveller was permitted to fly military transport across Australia to western Australia. An old USA built war era strip with concrete bunkers were visible. Walked up to security door and started to argue with door. Was a pause. Ion threw up his electric form and Stormlord covered self in Ice. Twin bunkers fired 20mm auto cannons at team injuring all of them in crossfire. Maw swallowed the armoured door and ran in. Traveller stunned a auto gun with his EMP pistol and Stormlord encased it in Ice. Ion ran through other one.

Inside was a huge entry hall with statues of heroes and elevator. Also cameras with computer controlled lasers the now ready heroes attacked. Argued with door then hacked it. Took turns going down elevator to second floor. Argued with robot receptionists. Entered great meeting room with statues of four heroes. Each statue had a doorway to heroes private hall with three doors. Also two other doors. A huge meeting table and screen were main features of room. Maw played with remote while Ion went into No-mans rooms and Traveller cloned himself and explored other two while original kept look out. Others warily hung out in entry while Titan went into Andromedan's room.

Persuader had a big bearskin rug with mammoth tusk beds in bed room and next room was holding cells and a bench for tying people up. Unsure if for bondage, villains or a sadist. No man had a fancy bead with giant tv over it with lava lamps and synthetic leopard skin bed. Other rooms were a lab guarded by security beams (Ion left alone) and third room with base AI. Andromedan bedroom had a black plastic coffin with scenes of space. Traveller's info on Andromeda was all 2000 years old and no help. Other room was a automated hydro garden. The clone exploring mantis found bedroom with huge stash of porn mags and bits of battlesuit. Turns out he had copied no mans hyper smart powers to build all his tech. In lab was a battlesuit in recharge coffin that began to come to life. Screamed and ran back to hall and others stopped incomplete searches and squabbles and came back.

The mantis suit threatened them to lay on floor and back off which party argued and semi complied, reminding combat craving ones this was a hero sort of. Most suspicious and backed off and lowered guns. Stormlord declared he was superhero royalty and would never lay down. Then the Mantis laughed zapping a clone mashing his skull with a steel boot. All fired and attacked and mantis fired plasma beams back. Ion noticed stomping metal boot sounds and ran down unexplored corridor to find automated machines building anti meta human robots like the Japanese model they met in warehouse. As they couldn't hurt him he trashed factory and battled the five complete ones.

Meanwhile Maw was distraught that Mantis armour destroyed the huge TV he admired so he ate mantis with one gulp. Rest a bit surprised but Maw was smoking from nose and mouth from lasers inside him. Stormlord formed a Ice busket for Maw to spew into and rest waited with weapons. Eventually Maw couldnt cope and tried to spew up the armour but too late he passed out. As Mantis stumbled, pitted with acid and crush damage and tooth marks the rest shot the automated suit to bits. Remnants power plant began to overload to Titan tipped suit remains into ice bucket and jumped on maw with forcefeild, even managing to move hi down corridor despite he had mass of front doors inside him. Stormlord sealed in ice and followed down side passage and iced up passage. Traveller teleported through ice leaving his clones in room. So they ran after Ion to see if he was OK. Ion had filled room with massive boiling electrical plasma which clones kept back from.

The Mantis suit exploded collapsing main room. Ion finished off the robots and burrowed to the others.  Ice did its job but all melted, Traveller was singed. Exploring the remains of the complex found spare parts of manti and most was trashed in the micropile blast. Another corridor revealed cryonic pods wich psychometry revealed were full of young superhumans which the evil missing proffessor had stolen. One pod contained the hero the Persuader but failing equiptment power was killing him. Luckily Titan did really bad job reviving him and put him in a coma with brain damage. As turns out nobody would have resisted his remarkable area fx mind control powers. Psychometry revealed No-Man had put a villains demonic gem in his head, went mad (more mad) then departed to demonic dimension.

Records showed Andromedan had left before team went mad and real Mantis nowhere in sight. Heroes had been making robots to round up metahuman's for some reason and the evil proff had come here and made many for his private army and left. Heroes returned home with wounded Maw, his face bloody and teeth broken. Took Persuader home too to put in government metahuman hospital for coma patients. everyone assumed he persuaded people with muscles and charisma, actually he was a deadly psion with muscles.

Stormlord offered Ion to be his sidekick and he refused. Ion did get Stormlord to teach him how to throw lightning bolts.

Party have plenty of leeds to follow for next time....

Marvel and Roadwar games work very well with drop in players, not so well in dungeons
Posted by Konsumterra at Saturday, November 01, 2014