A Uni Table for BRP 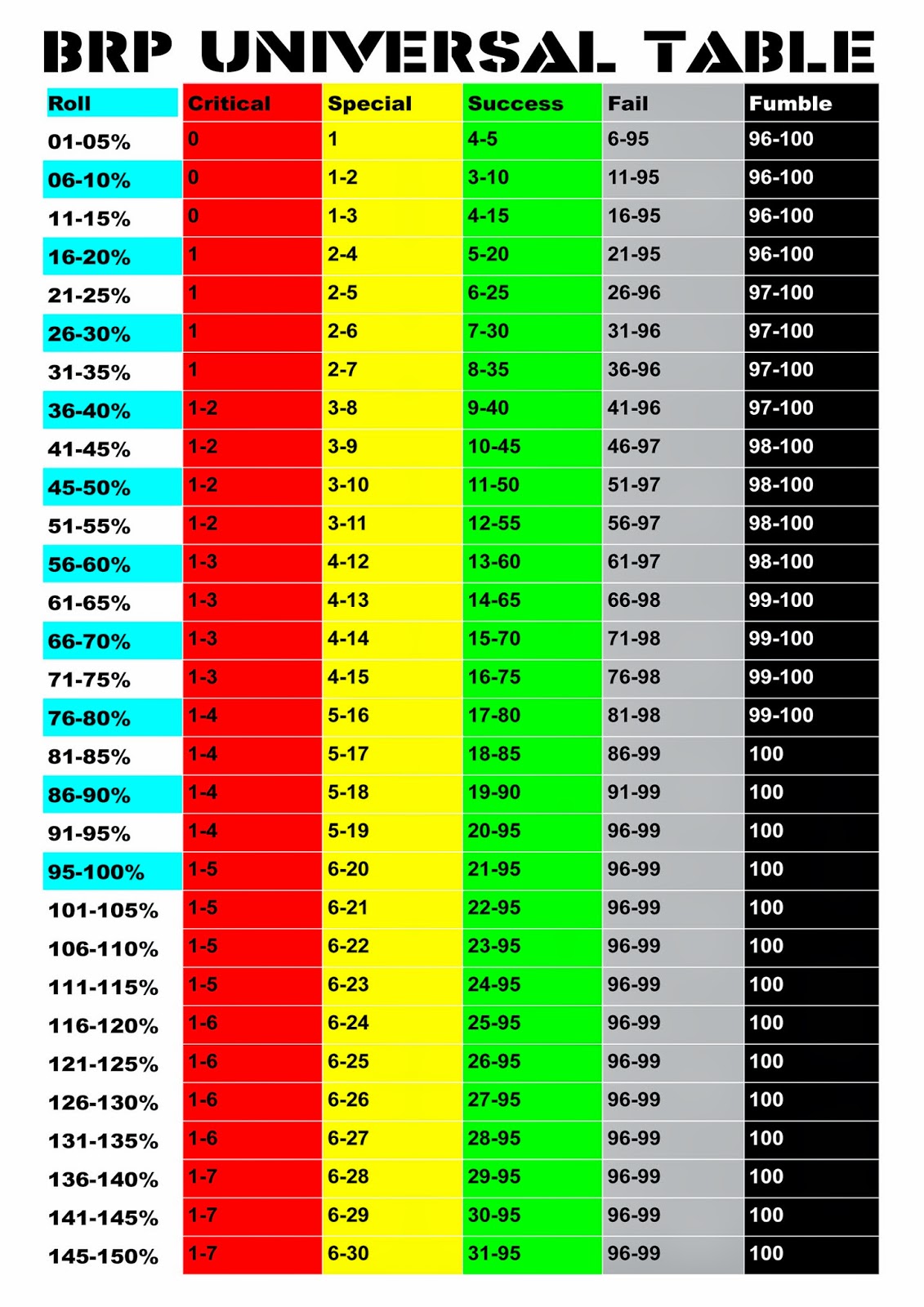 I'm still saddened about changes to Call of Cthulhu and deviations to the BRP system. I rarely used the x5 derivative rolls like idea other than luck and SAN. 7th ed new changes suck. Some marketing group could not multiply or divide by 5 and nobdy considered just doing this instead of making stat blocks that are incompatible with 30 years of product. What will monster stats loo like? Wounds system look interesting. Im still not over the increase in skill points since 1st ed so every PC tends to be a combat veteran now and more pulpy.

When I played BRP for everything except super heroes which i used marvel, I got better at maths and % calculations. After a year of playing my players mostly struggle with maths so I made these to help. So this should speed up everything. RQ3 had a table like this and players use it but it was very tiny. A greyscale one too. Hopefully I didnt make any dyslexic screw ups.

Some of my friends running Cthulhu are very generous on stats and skills and one even wants too beef up HPs like DnD. Sigh. I did my PC as per older editions because I want to play a sickly scholar not Indiana Jones. I have had long term campagns where I used BRP skill and stat training. Of course the scholars drop out of play 3-5 times faster than the illiterate types. A baseball coach and gangster lasted longest in my games. A priest did well but retired when lost INT points to be looked after by his wife in Tasmania. He was one of the lucky ones. I like BRP for grittiness and fragility of life. Always DnD and TSR Marvel for other stuff. 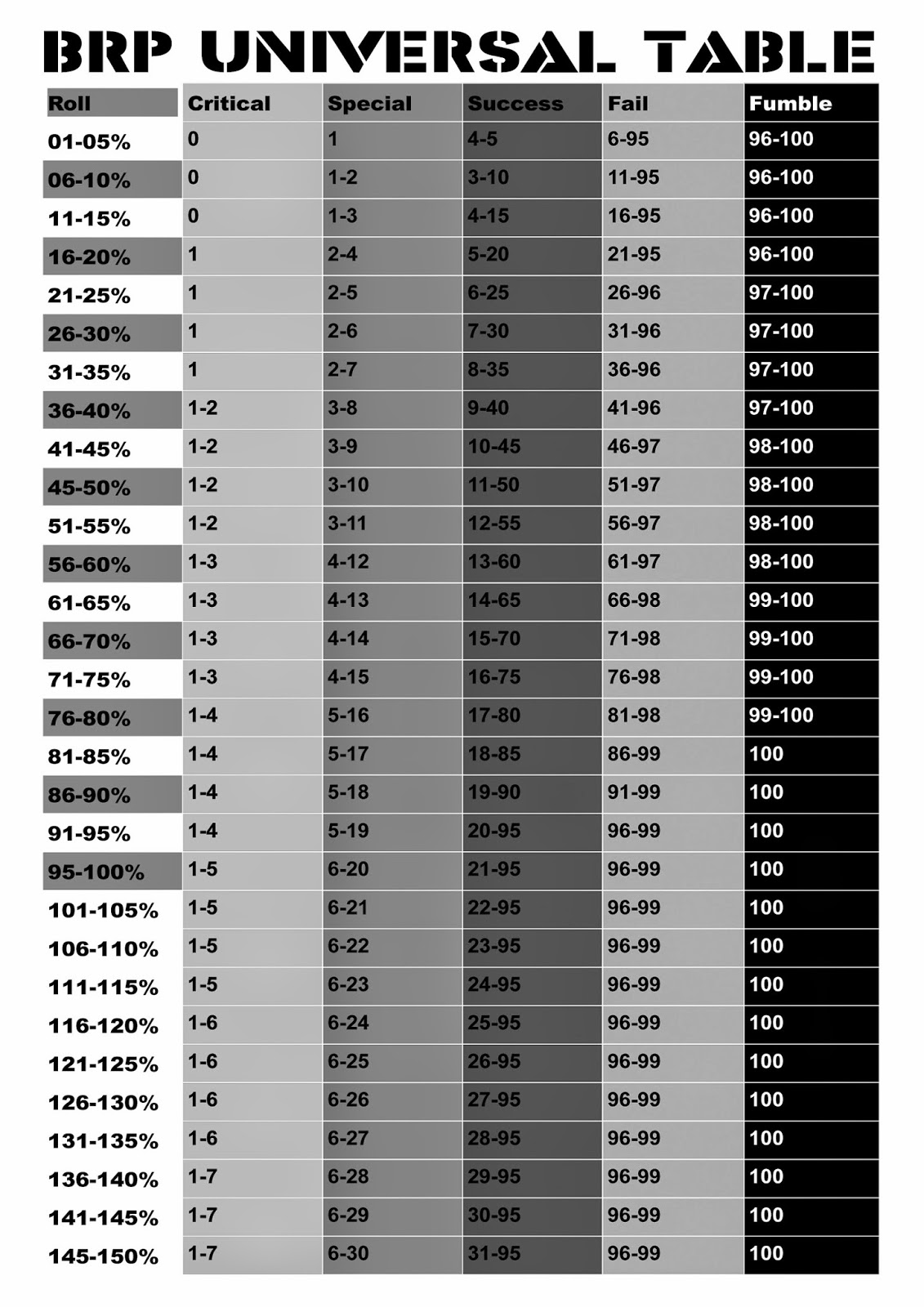 Posted by Konsumterra at Saturday, November 22, 2014