Secrets under the seabed (hex level2) 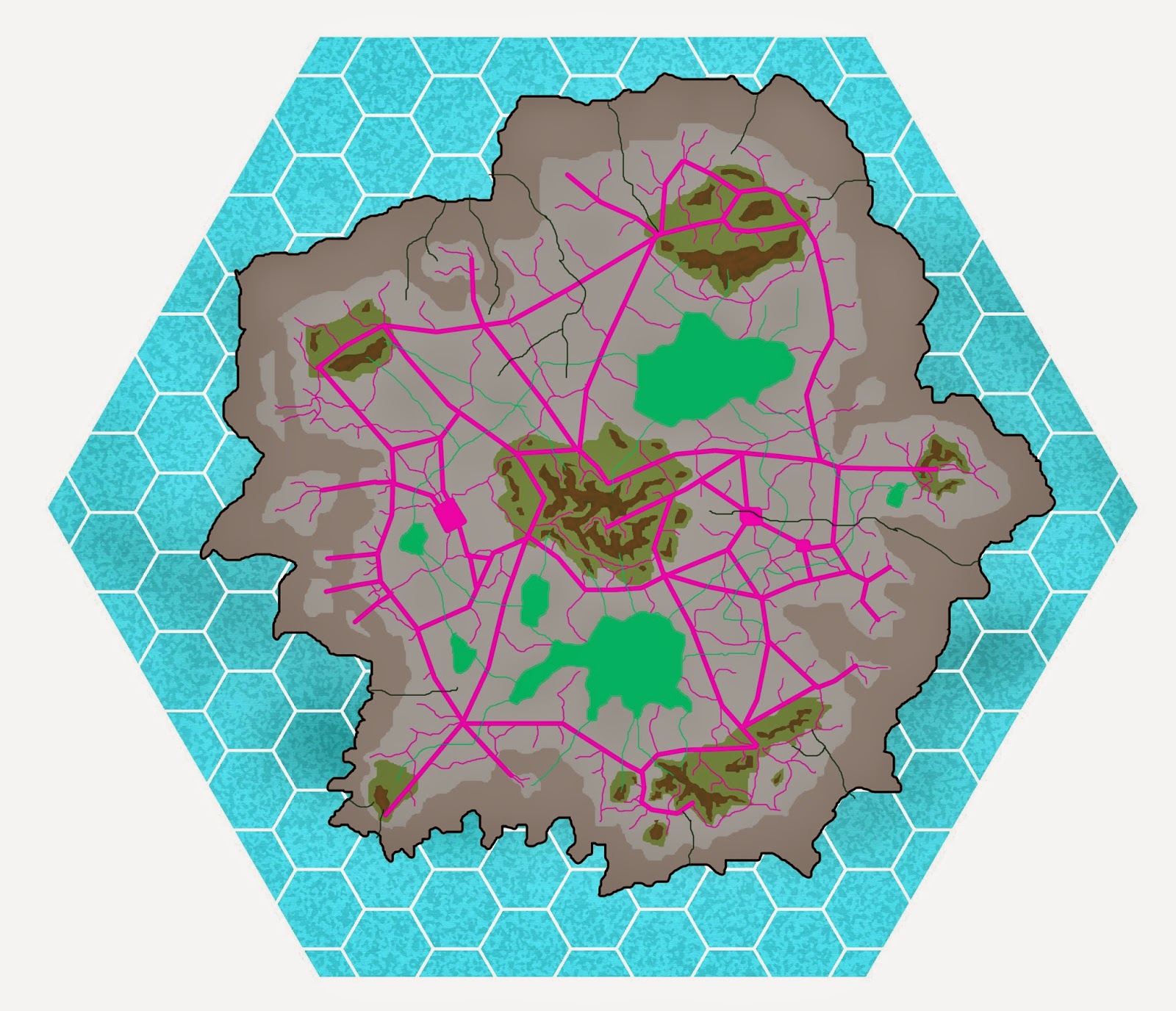 So this map shows the great slab connecting the islands underwater.

The pink are tunnels usable by air breathers. The aqua lines and bodies are great underground freshwater rivers and lakes. The dark green are saltwater intrusions often used by salt water breathing horrors of the deep to invade.

The green and brown are to show locations of the above islands (or rather mountain tops depending on your perspective).

The dark grey is the extent of the great mountain range of rock that some say fell from the sky when the area was a surface kingdom. The light grey shows the great underland chasm of hex level3.

The pink lines connect various surface and subsurface settlements past and present, surface and underland. It also intersects with the salt and fresh water tunnels. There are three large underground kingdoms on level 2. The biggest one to he west is a dwarvern one. The second one a great prehuman vault where albino cannibal men have fully devolved into savage white orcs. The third is a dark elf settlement which deals frequently with the great underland's goblins, humanoids, beastmen and elves.

This is a quick map of the surface settlements. Most are villages of only a hundred or two. The largest marked with a bullseye are the Amazon town and the serpent man colony. These have populations of possibly over 500. Populations from other lands settle the islands but things from the underland boil up in great hordes or single horrors from time to time. The underland has larger numbers than the surface. 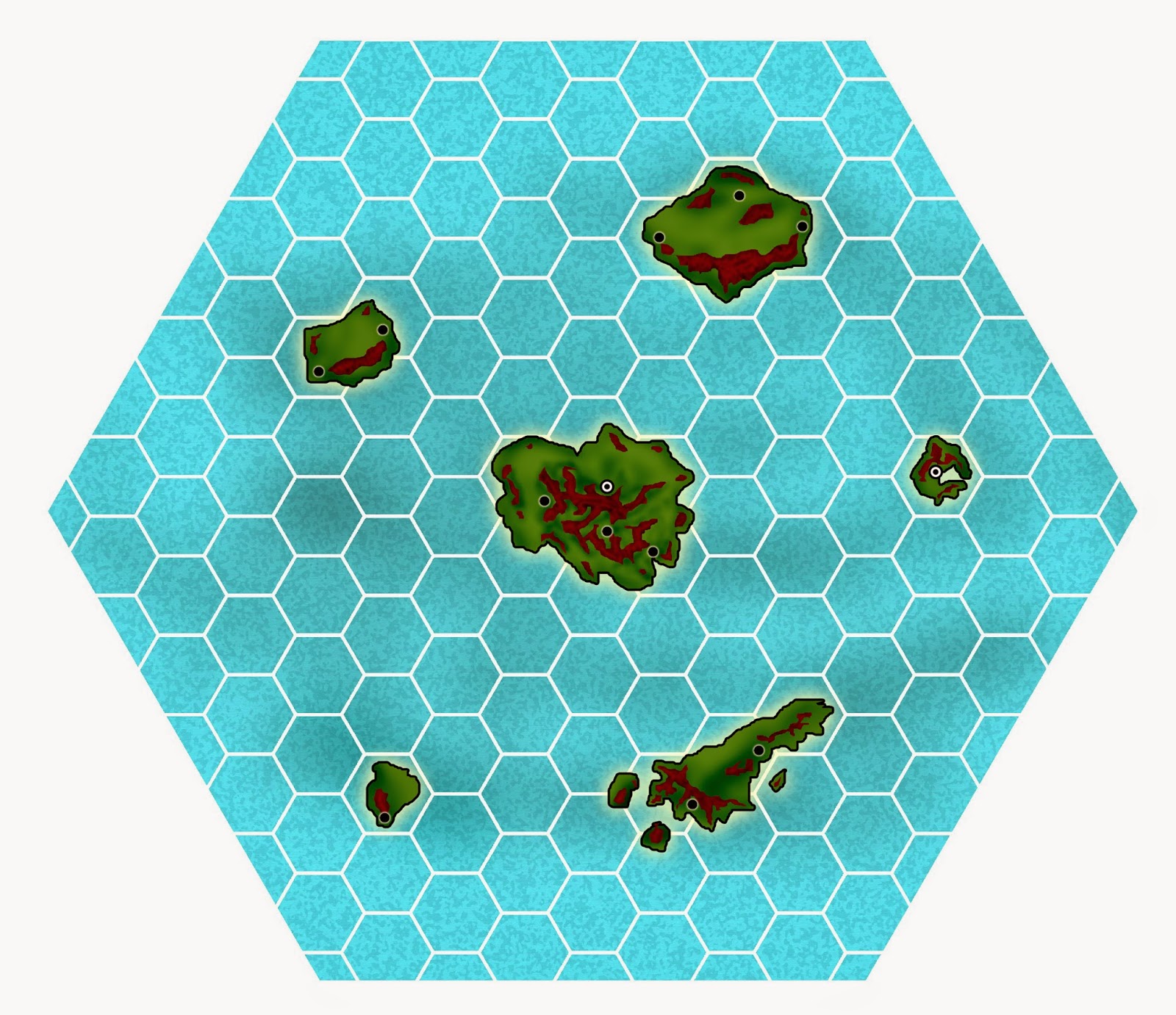 Posted by Konsumterra at Saturday, October 25, 2014