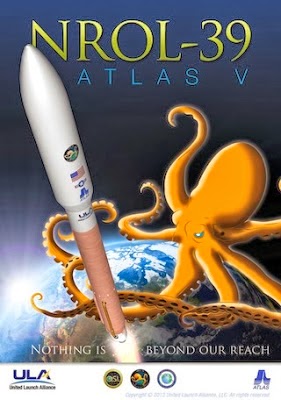 Had a quick game of Marvel.

The Traveller the ultra temporal deceptive with hyper deceptiveness, teleportation and a ufo disguised as a car and a pocket dimension time vehicle of his own from the future. Covers face in grey bandages in hero I.D. Cop trenchcoat always. Can form ray gun from body into hand and create "quantum clones".  Read Psychic impressions.

Titan Armour aka T.C. aka Titanium Colossus. Built buy a poor girl kid from trash yard crap. Nobody knows age or gender. Skates around on hover skate field boots and has a huge concussion cannon she wants to put on market as humane weapon.

Storm Wing the most experienced and popular hero with team is made official leader with Captain Australia as second.

Stormwing is a telekinetic power house able to fly, make force shields and crush enemies at will. Currently learning to use tk sense of touch as radar. Is a millionaire airline owner and ex fighter pilot. Her kid brother looks after the baby she had with cosmic entity.

Captain Australia the latest in long line of wearers of this costume since WW2. Also an alien cyborg. Unlike previous captains he can roll high speed in a ball shape by grabbing ankles and tumbling. Can boost strength for limited period to highest in team (Am 60).

Thunderstrike Armour, another millionaire weapon developer. All powers from suit of armour and has electrical field that protects him, damages those who hit him and makes martial attacks greater. He is a military engineer originally and super smart. New hero on the block.

So team meet and squabble about new hero. Traveller shakes hands with and bumps new members, Titan suit is so new has no impressions. Thunderstrike and Tank don't realise they have been on same defence tech boards in civilian I.D.'s

Call to APIO controlled former spy bunker and heroes alerted as dealt with previous gate built and used by WW2 Nazis. As heroes arrived, mostly in travellers ufo/flying car, Stormwing Flew with Captain, Thunderstrike was carried by metahuman affairs copter with hook on his suit. Titan skated over the river.

Supersumo a powerhouse wrestler with armoured fat but skilled warrior
Electric Samurai who creates his biometal armour and sword at will and electrically charge them
Sakura the cherry blossom girl, who can fly and move superfast and explode into fireball looking effortless and easy.
Dr Fang a horrible stereotype immortal cult leader with powers of alchemy

Traveller tried to scan their powers and not really any luck. Titan fired her concussion cannon wide open angle blasting three of the gang on low setting. Samurai had stepped forward hacking the new kid Thunderstrike making him bleed and their electrical fields go crazy in different colours. Sparky came from behind and threw a sticky power drain sphere on his back stuttering his shock field. Stormwing blasted villains with force. Sakura the meta geisha ran up heroes at hyper speed and exploded sending the UFO car crashing. Captain Australia accidentally rolled over it.The Japanese imperial time travel team recognised him instantly from uniform files from their time.

Geisha got taken down by teamwork first. Dr Fang disintegrated a hole through the Titan armour after teleporting behind it. He managed to hurt the previously hidden operator who screamed like a child. Other heroes disturbed and Dr Fang got picked on next. As was laying down with heart attack, traveller and his two clones did triage abd cuffed the villain. Traveller decided to use his psychometry on the wizened old chinaman and fell into a coma screaming. 4000 years of memories of the evil cult leaders torture sessions flooded into him.

Sparky, Thunderstrike and Samurai all battled with cascading sheets of different coloured lightning that most wouldn't go near. Capt Australia rolled about battlefield and rammed Samurai several times with her strength boosters on. Samurai swept through three heroes with one sword blow and critically wounded thunder who was bleeding but fought on. Eventually they brought Samurai down with team work.

Tank and Storm wing managed to hold Aumo airborne then drop him into concrete slab on bunker. Heroes all dogpiled him with everything, tank formed a carbon block on his head. Sumo eventually fell kept too busy by TK wrestling from Storm Wing.

APIO helicopter grabbed unconscious villains and asked Traveller the time travel expert what to do with them. They already had Dr Fang imprisoned in Canberra War Memorial since 60s and having two seemed odd. Threw villains back through with rude ote in Japanese and dropped one of Sparkys energy siphons and bombs through closing the portal and destroying the old time machine.

Heroes started a group Karma Pool finally and Stormwing in charge as most popular (50) with Captain Australia (42 pop). Traveller from scanning team mates realizes three of them have grey aliens in origin stories. He hopes they are the friendly kind. Picked up on Tank with Lemurian connections which Dr Fang also had. He went to train his Agility up and now has better than average human health (23 points instead of 20 - rest of party 60-120 each). Will improve his accuracy too.

Will start a bit earlier next time but enjoyable battle. Instant +5 Karma for dialogue and smack talk working really well - i think i stole this from Zac.
Posted by Konsumterra at Saturday, October 18, 2014