A quick sea hex with a secret 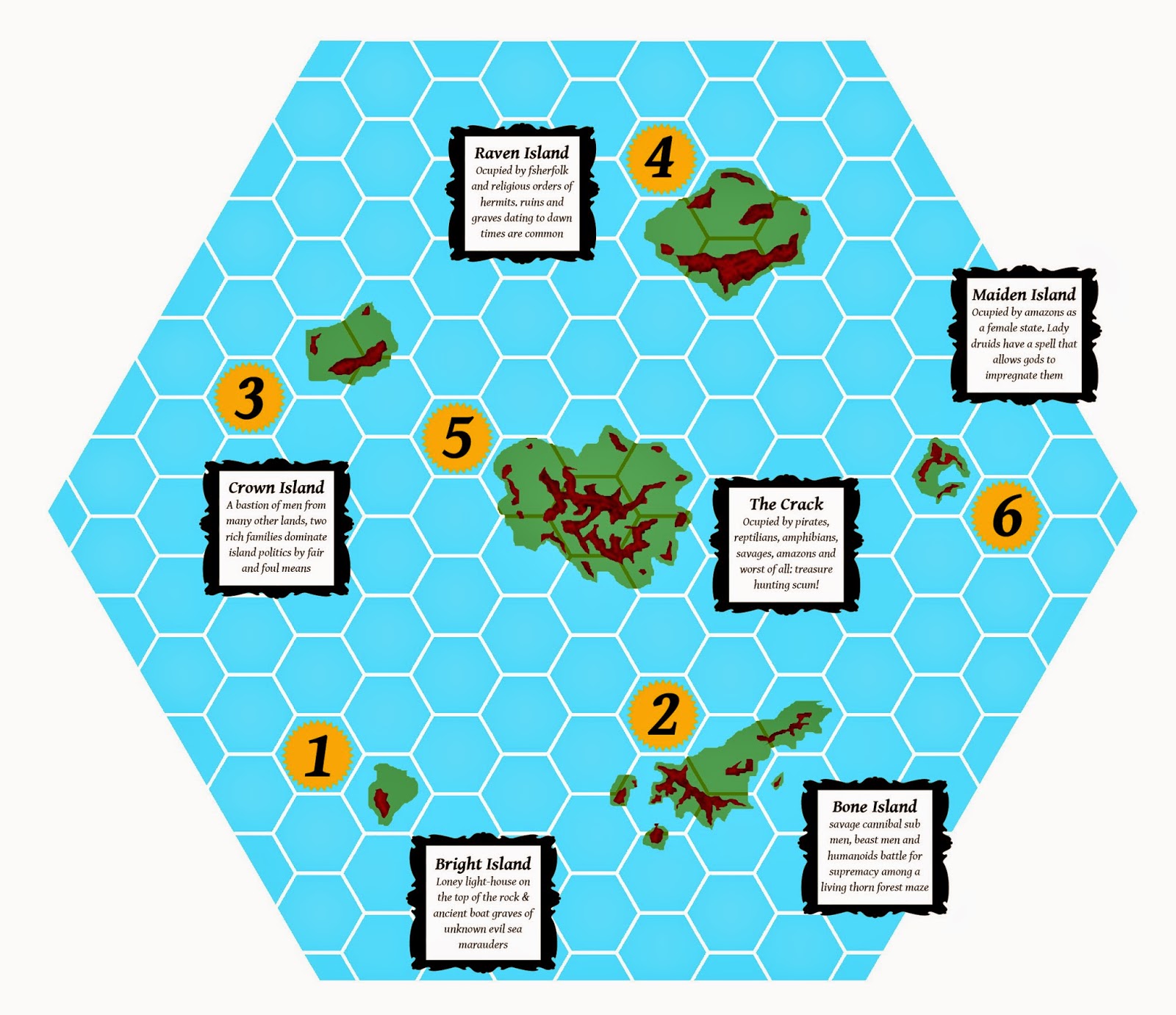 So i chose a sea hex between two land masses for Tenkar's landing project Hex 18-13. Scarford Reef is a awkward patch of water disliked by sailors who prefer to go via the south coast. This situation has made pirates thrive. Many pirates are crewed by inexhaustible amounts of the albino savage cannibals who once lived on all these islands. Occasionally one is found where none have been seen for generations or a throwback is borne.

This is level 1 of the map.

The Islands are former mountain peaks of a sunken area from pre-history.

Second level is just beneath sea and has tunnels connecting complexes on all islands. Some tunnels assessable only low tide, others are always flooded. Even the mainland could be linked.

Third level will be a great chasm dotted with mighty citadels and abandoned war engines of the gods. Underland races send search and destroy teams to keep out rivals and snatch best magic loot for selves. This is where the albino cultists and cavemen come from. And lots of undead and serpent folk.

I can stick this in my own setting or use as a mini campaign from surface. Underland has been on the way for a while now. I want to make old fashioned underdark settings seem nice.

Posted by Konsumterra at Thursday, October 23, 2014