Exile Log: In the court of the Kobold King 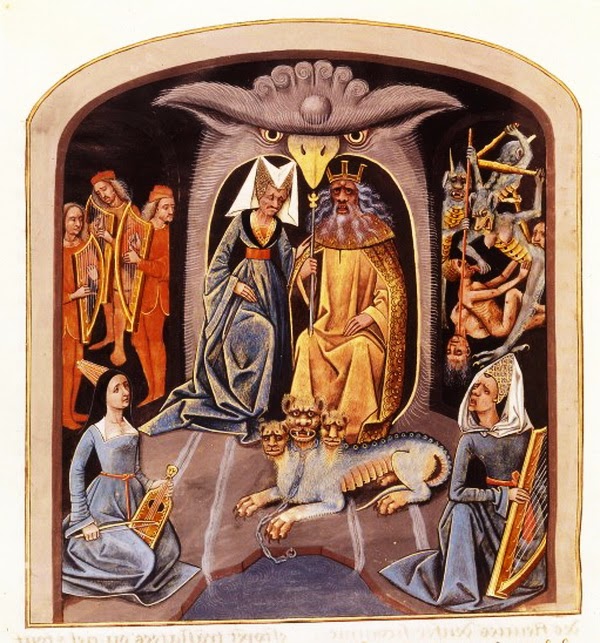 Acula the Archer and Nahme the Angel remained in the Dungeon while their bard returned to city with treasure. Explored sacked temple and found long stone passage that went miles and came to sea cliff where they met a young octopus lad. He was a pale deep sea Tako and quite keen to join a party of greedy adventurers.

So they rested a night then healed and returned to the Hobgoblin Halls. Headed to the kobold area and went past the death corridor that all dungeon monsters feared. Heard skittering kobolds so got a party orc flunky to offer kobold king gifts and a yellow hat wearing envoy came to speak for the king. Invited to court to speak of fighing the hobgoblin overlords and tried to talk kobolds into coming to the parties dungeon and be paid wages and not get beatings from chaotic bullies. Huge fat kobold king (5 foot tall!) was made jolly at party spunk and ordered a feast. Jellied cave rats were served and Acula and the warrior orc women tucked in. Kobold king was going to send the yellow hatted envoy and one of his warrior sons to return with party to meet kobolds undr the party influence. Acula asked if king had any daughters as he wanted more wives. King paraded his two dozen daughters and Acula paid bride price of 100gp for the ugliest ones and king declared they were married. Acula's orc wife had a face palm moment but thought kobolds had uses. The smart one was a tanner and the dumb ugly (by kobold standards even) and clumsy one was good at grinding stuff all day.

Inquired about the caves of terror and the  lost holy relics beyond. Kobolds had own door unused for 90 years with silver coins beaten into door to ward off undead. Through the door into the cave crypt complex guarded by holy folk now wights from long ago when dungeon was a relic vault. Found toe small tombs and killed wight in each. In a gant main cave saw black shiny moving thing in dark so aprached pit of black water. Undead screams sounded and 12 wights from varied directions came. Party lobbed spells and silver arrows and silver javelins while backing up. Killed many but got into close melee. Cleric vassal of Nahme was drained a level so over all party did well.

Found some silver weapons party keen to allocate, Found entry to reliquary and acula was caught in fire trap. Through several more and discovered relics. Had a fight over loot an Acula wanted loot and healing. Nahme kept going on about his need to promise o go to more church services. He threatened to loot relics and wak and Nahme dared him knowing the relics would corrupt him with goodness and charity and law. Found a bell (rings if attackers come - party scoffed at utility), a gem and a kneecap (cast protection from evil once a day) in gold jeweled boxes.

Returned to kobolds collected kobold brides and envoys and left dungeon to return relics to cult.
Posted by Konsumterra at Sunday, October 05, 2014