Setting and me fitting them into arbitrary heaps 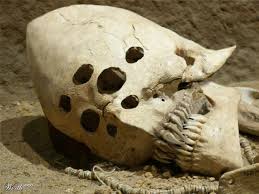 Revising my Deadly Dungeon Dozen Zones and welcome some input


These dungeon zones describe classic dungeon setting through tropes and tables. Im revising it and need to fill two more slots for 7 and 8 or at least reconsider them - so any comments on what to include or fill the two slots in with please comment Current keepers

Xor is a world of living flesh and gristle where savages and demons battle for power. Xor would possibly fit into hell but i think it would lose out. Hell as entirety might be a good fit - boilerplate horror was long a choice for this list but ive now included it in my hell schedule

Spacey dungeon of robots and tek and alien habs gone wrong. Metamorphosis alpha and Starlost tv show meets 40K spacehulk and gammaworld get drunk and have this baby

Alcheringa2 - Originally I had Alcheringa Australian spirit world, with misty ferns, pliestocene animals, dinosaurs and lots of spirit folk and beastmen tribes which i have trouble doing. Could integrrate other hunter gatherer spirit worlds. Puapa New Guinea or islands and New zealand and indonesia could be put in mix Some of my urges to do stoneage land ideas can fit in the glacier setting or the underland setting, and the forbidden city ok. I feel very uncomfortable using Alcheringa Dreamlands stuff but other possibility is merge it with my australian army invading the dungeon stuff to make it even more gonzo. Was planing on 21stC human special forces teams or actually any time zone vs fantasy ones. Get to put Australian colonialism into the mix old and new. Possibly lost characters like bush rangers, British redcoats, pirates could be included. I'm liking this idea more because it can address the stuff that i find problematic through pulp instead of just faking fetishistic tribal stuff
Posted by Konsumterra at Saturday, October 15, 2016