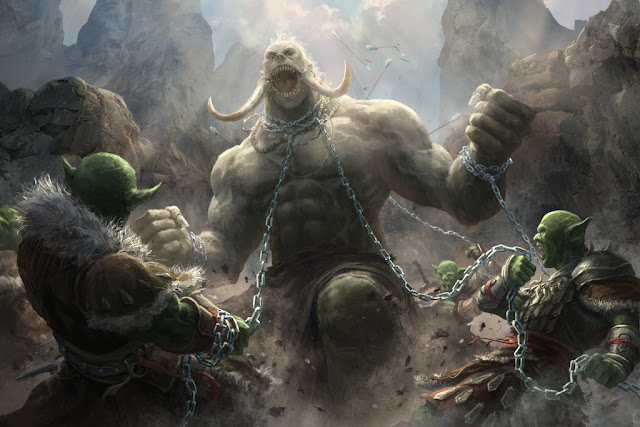 So i wanted to test two new core mechanics for my current rewrite of EMO DnD. Also my last week working in Sydney for the year. Will be in Canberra for a few weeks then Adelaide to plan for my Dads life expectancy of 2 years. I could live anywhere over next few years. So for this week I have 2 games of this new DnD, a last session of Planet Psychon (im thinking a Gamma world death machine-Tiamat hybrid) plus a session of road wars.

Ive been teaching pre teen delinquants DnD too. A story gamer said dnd to complex and I should run some game where ppl without imagination are penalized. I have found kids allready know all the tropes of DnD fine from computer games.

Im struggling to get into gaming in Canberra but will try again. Three possible clubs. One club uses Yahoo which seems kinda lame. Sydney clubs all FB saavy and very chatty. After this weeks 4 games I have no idea when i will play again. Still need to get a buddy to show me roll20 online gaming.

So with the New Adventures in Shadelport Im using my new alignment system and new save/stat/skill resolution system (all discussed recently). Will mod my character sheets soon.

The alignment system with alignment scores and possibility of being tainted was received well but my players chose to be awful characters and reveled in the temptations of evil in my setting. The stat resolution system worked fine but putting on the sheet will help.

Anyway here is what happened...
I dont prep i just write d100 tables and tonight i used alot

New Adventures in Shadelport
So the adventurers consisting of a teenager giant and goblin were fed up with boss monsters keeping their loot so decided to visit Shadelport where monsters can live their dreams. Young giants of the mountains dump their young who can pass as humans for a while near humans to look after them. The goblin lass had trained as a thief but dreamed of being a wizard but the dungeons evil wizard kept her making fake treasure maps to lure in adventurers, a dead end job.

The goblin ruled dungeon had two sub levels, a sealed crypt and a cavern. But like all dead end dungeons the goblin chief nicked anything good found by minions. The tribe dealt with bandits and the local villagers were well prepared wit a stockade and guard goats. So they had met humans and were interested in Shadelport where men and monsters mingled.

So the pair with meager possessions shimmied down the mountain through ghost wood. The goblin girl had leeks, pickled centipedes in her sack and her bow. The young giant had a small tree he used as a maul, a mallet, a chisel, a chain and a sack of dung he used for first aid and fuel. Each had a pet wolf. The Ghostwood had a bad rep but was faster than the direct mountain route with rival dungeon tribes.

Early into the woods of ill repute they heard sounds. A gang of enemy bone goblins were dancing after a all night party. A goatman was sleeping and a drunk chaos faun was playing his pipes badly from exhaustion. So our heroes set upon them, killing them rapidly. The giant dragged the goat into the fire to cook and enjoyed the burned and raw meal. The goblin snacked on some left over rabbit and collected the merry revelers paltry loot. She was always curious about the albino bone goblins who never mixed with other tribes. One goblin they saved and put him in a sack. The giant spotted a huge black squirrel dragging away a skull from the camp. The goblin shot it and they found a gem in the skull. Actually it seemed to grow from the skull. They also got some coins of the lost kingdom the Ghost wood smothered mysteriously long ago.

So they marched on after a feast and a nap with sacks of meat when a pair of evil monobrowed halflings surprised them and demanded everything. The giant whistled the wolves from their perimeter patrol and the halflings shifted demands to food. Eventually the fight broke out. The older halfling was torn apart by wolves and the younger was tossed in a sack. The goblin took his smart outfit.

They entered the peaceful grassy lowlands where humans ruled. They found the highway and headed to the city. A nomad horse archer tried to harass them from long range but the goblin shot better and scared him off. Within site of the city they saw a wagon and caught u to talk with the friendly child catcher. He had 4 children he planned to sell in the city and welcomed friendly people to travel with. The giant found humans couldn't tell him from their own kind but orcs and goblins were not fooled. After a while they found a village festival where the giant came third in a strongest lad contest by lifting rocks, throwing a log and running up a hill carrying a old woman. He won a silver coin. The team ate some country food and with their new friend the child catcher went to the city.

He helped them get in faster by claiming they were his employees and showed them about redlight district and slave markets and sold their goblin and jeweled skull to a wizard. Halflings were high value slaves. The Giant and Goblin were loaded at last. They enjoyed street food, dodgy offers of vice and found a sly cannibal meat seller who invited the giant to his sewer cannibal shrine. In the in they dined on a bucket of oysters, cabbage and a steamed monkey. Rats on sticks. Mystery monster mince. Human flesh. The pair were in heaven.

Managed to sell of weapons and were very happy. Managed to get a job as a wizard body guard. He was kicked out of uni before graduating and had a third rate magic shop. He owed a drug dealing gang and offered the pair to live n his basement and teach the goblin magic.

After a week of fine dining they visited the bridges, the slums and the goblin ghetto. It was awesome. The bought some baby tako octopus faeries in a bucket from a orc. The giant ate one but the goblin kept two as pets. Giant got tattoos and his teeth filed by a orc doc. Goblin got a shrieker in a pot for the house. Most of the food in the area was more to their pleasing. Back in the merchant district the goblin got a taste for expensive candy by the box.

One night the giant heard a noise and peeked through the trapdoor in the kitchen floor. A sooty urchin had climbed through the chimney and was letting the wizards enemies through the kitchen door. Our heroes killed them except the child. The wizard charmed the boy and they interrogated him. A few days later the wizard and the heroes murdered the whole purple sash gang freeing the cowardly drug abusing wizard. They sold the charmed boy and looted the gang underground headquarters.

The wizard enjoyed the adventure so much he is interested in taking the guys to the cities elder ruins for more adventure. A few months of relaxing and gourmet dining the pair leveled up. Finally the goblin got a spell book of her own and a pet ferret. The giant got a big cold iron spike in his club and shot up a foot in height.

It was a fun game but moral corruption was hardly a problem for this pair. Otherwise new mechanics all worked well.