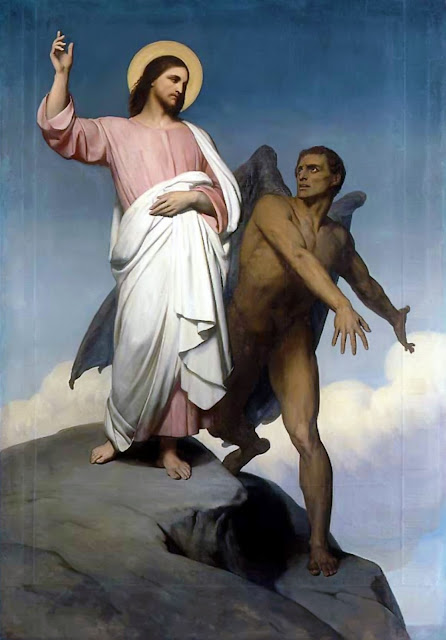 Plot your alignment scores on and see if you gain any positive or harmful effects. Alignment rolls like Pendragon with temptation saves.

I say make oldschool alignment more complicated!
Players win points for acting up to an alighnment
The higher scores more extreme characters become
High scores earn you a boon and special features or mutations
If you get a point to choose what to do with you can remove a point you already have

Hopefully with alignment as stats characters might try to gain certain effects or try to keep alignment to the middle ones. The middle states of alignment make you harder to detect with detect alignment powers and dont stand out so much in a crowd. At zero in both ends of brackets you you are in the middle state. You might also have high numbers in both sides protecting you from standing out as one extreme over the other.

I would be interested in playing this system next peril and sin filled campagn. Would players min max to get powers or remain low profile. Would clerics be used as alignment advisors more? Would people role play up all kinds of shenanigans? It opens lots of doors for oddness. You could trick a antipaladin into doing good deeds to make him lose some boons. Or behave differently to balance out a previously gained point. Im pretty open to ideas here. Possibly come up with other uses for scores in play or temporary effects that alter alignment scores or items that add to them. A +1 sword that adds 4 to alignment score might be interesting. Possibly some spells could supress evil or enhance devotion to influence NPCs or gain temporary boons. Feilds that temporarily modified alighnment. Lawful Artifacts that change everyone 10 steps to good making chaos mutants more human in presence.

A starting character starts with 0 in both brackets making them the middle state on both axis. They can allocate 1 + WIS bonus to any of the brackets if they choose or they can save these points and use them later or to negate points gained in game.

In game after completing a adventure DM considers each players actions and possibly adds one point to a alignment score. One exceptional player in a session can get two points if they truly stand out in conduct and other players bow to there extreme actions. You might reward a very good roleplayer by letting them choose where to allocate a point instead of allocating for them. If you find their actions complex yet not aligned any ony way just let them spend the point as they see fit.

At three points higher on one side of axis you detect as that alignment with magic which might effect your reactions with some beings.

Boons are minor or major. They could include mutations or magic gifts or other kinds of abilities. Minor ones are mostly cosmetic

Evil Temptations:
Sadism - seek opportunities to make others suffer
Greed - seek wealth and power and tempted to gain any unfair means
Selfishness - resist urges to steal, betray and put your life before others

Good Temptations:
Altruism - try to help every lame duck
Charity - not motivated by wealth, give it to needy
Benevolent - will risk life to save others

Chaos Temptations:
Pride - self aggrandizing, boastful, likes to look at self, others don't matter
Deceit - lies as often as possible
Discord - likes to disrupt society with jokes, pranks and cause trouble

Common Temptations:Love - tries to recruit others to change alignments, religion or side
Hate - wants to battle or challenge oposite alignment on sight
Superior - believes own alignment is always best and everyone should join
Inferior - others out to get you, so get them first, they are everywhere
Courage - wants to be forefront of fight and take greatest risk vs opposite
Fear -  avoid and run away from opposite alignment

A Chaos champion after reaching  6th level and going on several campaigns attains 12 points of chaos and have: 3x Temptations and 3x lesser boons and a major boon

I'm interested what ppl think of this or any extra tweeks i could add
It is a refined version of something i kinda did early on in this blog
Posted by Konsumterra at Tuesday, October 25, 2016