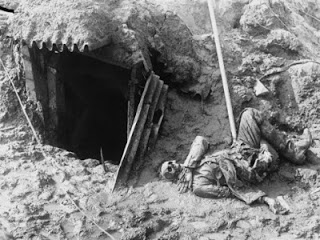 Will try and do more horror this month.

These are major manifestations witnessed by troops fighting in no mans land or even during active battles. I will do fantasy versions of both tables one day and possibly modern ones. Some based on propaganda, myths and hallucinations of exhausted men. The last table was more subtle and more for tunnel fighters. These are for troops in no mans land or on maneuvers. they are larger scale and more horrific and even dangerous. It is up to GM to decide if these supernatural or propaganda hallucinations are mere phantoms or physical threats. I envisage a Robert Holdstock kind of effect that soldiers encounter their dreams about the enemy amplified by death and sacrifice.

This includes some examples
https://en.wikipedia.org/wiki/Committee_on_Alleged_German_Outrages 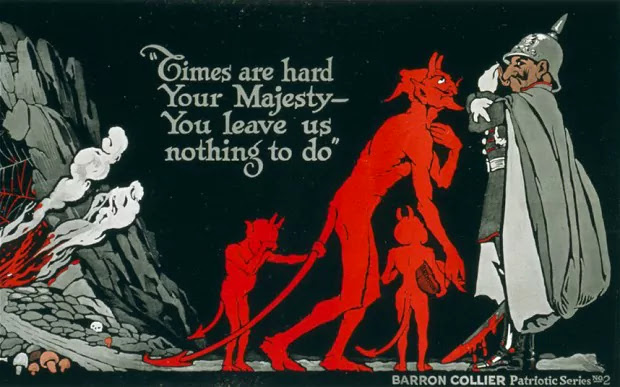