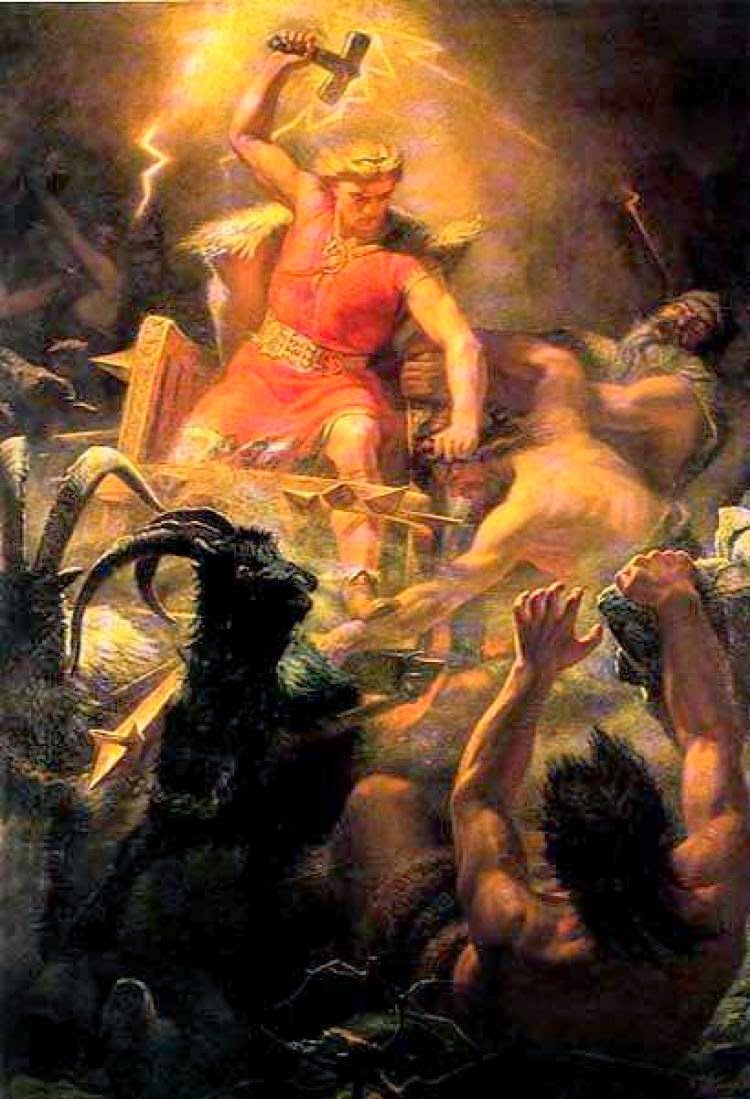 Long weekend for Queens birthday so got in a game of BRP Roadwar 2000 (will report on when adventure finished) and will run for a few weeks then alternate with Cyberpunk game with other GM. Alternating Marvel and Shadowrun Sat nights with another GM. Has not run much due to other events, cons, etc. Running Planet Psychon for a day on holiday monday arvo.

Vikings ends end of month. Three players going away so am going to wrap up. Story heading that way anyhow, now I have a date. Still have several adventures i have not used so will run another game later set 910 in future with children of this party.

Running poll for a brief interim game for a month then Cthulhu Babylon in about 1800 BC under Humarabi. Players can be Babylonian, Elamite, Assyrian, Sumerian, Minoan, Egyptian, Hittite Urartian, Harrapan, and others.

Meanwhile the vikings have been swept away by Ithaqua to a far off star system...

Inspired by Brian Lumley books at this point

Sailing on strange see under strange stars in the Wavebiter. Warmer than home but weird prehistoric fish. Lonn ate one and all relieved were edible. Saw an Island, then smoke, then a settlement. As approached saw a old style viking ship in harbour.

The northmen here were friendly and asked what island party from they explained not from here. Locals understood and took them too the temple. Explained they were on moon of Borea and everything here brought from Midgard.Why? To save things from Midgard for Iquatha, things he could, eat, sacrifice to himself, get worshipers from and mate with. Things other gods might destroy or with hold from him. Things that might die off left on Midgard.

The vikings here very religious and offered to help prepare party. Advised a great north frozen land crawling in Iquatha worshiping scraelings could be visited. Also was an Island led by woman who was a daughter of Iquatha and had escaped Borea. She hated father and might aid them. Spent a week here and Hrafn became ordained as champion of Odin. Awoke from trance with new tattoos and a raven familiar. Had vision from Odin he was doomed.

Others sailed to meet the Queen from Borea and were attacked by sea serpent. Alrec wounded it's neck, Yvette cut of a flipper. Rest hacked of it's head but many poisoned by venomous breath.

Arrived in the Queens's port and brought to her court. She was tall and pale. Her husband died and she has a son. She liked Yvette and the strong women of the wavebiter. Her son liked Yvette. Explained that Borea was a wasteland where a glacier surrounded by star stones held back Iquatha and men had fortified selves from him for millennium. Other moon was a place where undead priests of Iquatha dwelled in eternal slumber. She could take them to either world. The men of Borea might help them.

Thora visiting the Freya Temple was told of another possibility. To travel the world tree in dreams coulds find away home and even take bodies. She was also instructed dreamers secrets of making dream things real. Her sister Throa worked with local ship and metal workers and helped them catch up on advances on midgard. Some of the norse here were bronze age and older. Thora hearing of the power to make dream ome tru hoped she could conceive a son.

Briedr spent time training to be champion of Thor. He wasn't intellectual or talkative enough for Odin. Found himself with more tatoos and a pet billy goat familiar. His brother Alrec spent time learning spells from the Arabic Necronomicon, being a Champion of Thor was too hard.

Party spent some time hunting, training and healing from serpant. Yvette married the Queens son, a superior specimen who felt not the cold. Finally decided to travel to Borea.

Atop the Islands tallest peak the ice queen summoned a hurricane and swept then to space. She explained Iquatha already had changed them to survive  and he had used power of Yog Sothoth to travel across interstellar space. Alrec had been studying Al Aziv concurred.

Landed in frozen Waste and into the Glacier. Savage warriors from the polar wastes of Midgard dwelled here and greeted them. Some were jealous of newcomers status. Several adopted polar bear cubs. Throa investigated the elder sign defenses and taught their wise ones how to replace them. In return they received enchanted stone axes and learned secrets of making them. Yvette enchanter her own pole axe, others took stone ones. Saw how they mined frozen food from glacier and the hot springs in caves in the depths.

All agreed they would help hurt Iquatha by slaying his undead priests and his stores of power in a distant Ice castle. Then try the dream ritual home.

With a score of glacier barbarians they crossed the spiky waste where since prehistory, Iquatha had brought men her to be made into undead. The glacier men would usually rescue as many as they could. In the Ice they found a strange metal ship. Crept inside to find hacked up dead and strange artifacts. Recognised language that looked like latin but was not. Took various trinkets including a high quality knife, harpoon and axe. Thora found a strange book she kept. Also found a box with bandages and strange vials and a red cross on front. Hrafn found a strange device and accidentally fired a great burning bolt which terrified everyone. He played with device and worked out how to load the 30mm Olin flare pistol.

Moved to great ice wall and climbed up a thousand feet of slippery stairs. Several mishaps but the crew managed to help each other. Yvette fell and hurt herself but was treated to be mobile.

Into a tower atop the wall where sleeping frozen undead mummies in niches lay. Went through quietly not to wake them and went through to great gorge and up more stairs to Iquatha's castle. Explored it for a while with hundreds of sleeping horrors. Found in centre a great crystal structure that Throa determined was full of souls stored for Iquatha's black magic. So they shattered it. Undead began to awaken screaming and heroes backed out with Ice men before and after them. Fled down stairs and the glacier men took brunt of the dead while vikings hurled missiles and Alrec and the loon jumped off stairs into melee. While the rear guard volunteered two to hold door, Yvette used her husbands Hyperborean ring to seal the door behind stick strands of goo making sacrifice uneeded. Battled through the front gate where Loon fell hes face torn and his friend Alrec carried him outside. Half glacier men had fallen in retreat and out the castle they fled.

Through the gorge and back to the watch tower wher sixteen mummies defended. Heroes smashed through leaving undead body parts crawling everywhere. Some more slips on the great stair case of ice and through the plains of shipwrecks and garbage from Midgard. Persued by nearly sixty undead and could hear chanting IQ-QUA-THA!  IQ-QUA-THA!  IQ-QUA-THA! Alrec knew the god on his way and angry.

As they scurried across ice, dead priests following them the Ice bear cavalry from the glacier came to save them, killing many dead and carrying them into the glacier. The doubters among the glacier men were now converted to admiring the Stonedale clan on Midgard.

Finaly they were ready to dream quest to Yggdrasil. Sealed in a chamber with bears. Took drugs and were led by Thora in ritual trance. One by one they awoke in an atrocious whiteout which Thora identified as the land of the Frost Giants. While giant were a problem they might have knowledge or power to aid the fight against the old ones.

Throa had a slight diversion. She had awoken in darkness amids root filled nightmare. Creepy eyes and voices taunted her. She was unpeturbed and asked If they could help her bare a son. Voices approved and she blacked out the awaking with others.
Posted by Konsumterra at Sunday, June 08, 2014