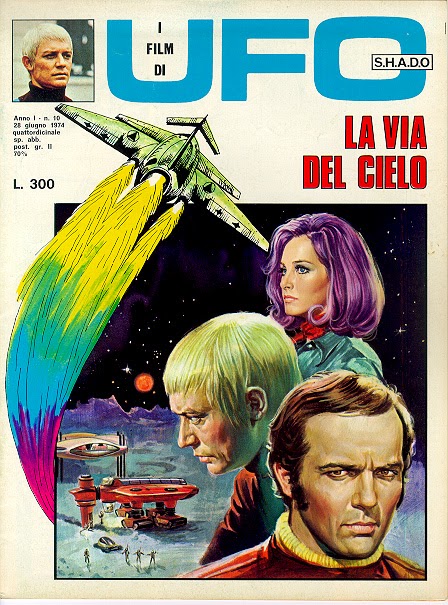 Warning this is most sordid adventure I've run in 30 years.

Stormwing was flying to her home from her airfield when she saw a falling light and went to investigate. She heard that Occulon has escaped and heading to same place. Found a organic metal pod and touched it. It glowed and a golden hand came through. A beautiful man with gold skin and hair came out and stormwing felt a bit shy. He touched her and her living suit covered him and split off providing him with her own. Saw car cumming and flew up to see better. Goldie as she dubbed him flew up to follow her so she led him to the hero base in the city.

Tested him and tried to teach him to wash. He copied her bikini which was qa bit awkward and eventually deemed him non toxic and slept with him. Decided against using her force  field or suit as contraception device. An APIO agent turned up to help and she called Dr Photon over as Occulon was his enemy. He also had hots for Stormwing so was all bit awkward when she was with Goldie. Transmission the clairvoyant supersoldier-priest popped in to help. Tabloidia and Dr Drake were on there way back from a battle.

Stormwing had sent her sidekick away to boarding school to protect him from Tabloidia. Tabloidia was on rehab from youthful lads and promised to behave but led Goldie astray and took him to a a bathroom to lead him astray. Turns out he could change gender and looked alot like stormwing. Storming was a bit shocked but decided to join in using her morphing alien suit in non prescribed ways. Tabloidia filmed everything in multiple spectra and in different wavelengths.

Occulon attacked base and they managed to keep him stunned and restrained him to be returned to STRONGHOLD. An object was detected entering system. Goldie was getting a bit unhappy and had now learnt language of a four year old and said bad people coming. He was entering universe when bad people tried to take him away so he came to Earth.

Tabloidia went outside and turned on his telescopic vision and watched sky while calling Prim Minister to tell him illegal aliens coming. The President of USA wad entered conversation with alien ship who wanted goldie. Tabloidia got Prime minister onto line to personally argue with galactic tyrant of Andromeda.

Party went with goldie to be taken to emperor, Party collected by saucer and taken to flag ship. Put in arena and began to disrespect emperor Zargon. He set giant guards in power armour who the heroes beat.Had

Dr Drake being a elder alien himself knew a bit about civilisation. Alien probes revealed that Tabloidia was a avatar of a cosmic elder being and Drake was a elder alien. Turns out they wanted Goldie to tap infinite power to crush the other emperor of Andromeda. Emperor impressed and sent heroes to gladiatorial planet. They tried to escape and even teleported into throne area. Emperor and nobles beamed away while tabloidia smashed consoles. There was no way to teleport through shielded hull but aliens opened stadium to interstellar space and froze the party.

Revived in transit to Battleworld. Landed in ruined city on a moos and placed in a barracks with servants. They showed party clothes and food replicators and explained situation. Emperor was getting his computer to select imperial guard to fight party on galactic TV. Dr Occulon and Dr Photon were both getting vision beamed as reality TV to civilisation.

Had some time to prepare and plot. Told of other heirs of throne. A peacenik and a killer. The later was in the guard. Party made copies of costumes for servants to act as decoys. Hoped to infiltrate the guard and to kill emperor and the evil heir. Meanwhile found a explosive mine field. A bunker guarded by androids with plasma guns and a lab with samples of strange elements. Temperance found a plasma gun and worked out how to fabricate new ammo from food and clothes replicators with butlers help.

Enemies for bout were named as  Zora the emperors daughter a cyborg killer. Captain Millennium the emperors guardian and possibly greatest foe party ever faced, champion of this galaxy. Others included a grey speedster, a telepathic fish woman that Tabloidia thought was hot and a star crusader a cyborg who killed his true enemies millions of years ago and now was reduced to serving a stupid emperor.

The team mad moon suits with chamo to leave the ruined city life support. Planned to leave city to flank foes and move about unseen. Drake met a elder race survivor of city a starchild who advised on how to win and gave him a force field collapsing ring. Stormwing spent time trying to keep Goldie to her self.

Tabloidia charmed the opposing team barracks servants with help of butler fro  own camp. Planned to infiltrate staff and ambush opposing team and possibly replace them. Enemy team arrived and Dr Drake in disguise as fish woman probed captain Millenia while he tried to crack onto Stormwing. She tricked him into thinking about his weakness Argonium which tabloidia and butler found in the element museum.

So Captain  Millenium planned to fly ahead kill at least three enemies then leave rest for his team to mop up. Party in disguise as enemy valets massaged, polished and talked to their "masters". Drake impressed fish woman with his control and lack of surface thoughts unlike annoying mammals and birds. Temperance polished metal of the star crusader and with telepathic coaxing from team worked out crusader dissatisfied. Told him emperor risked destroying universe by processing goldie in ancient machine in city to power his flag ship and fleet. The knight was now keen to explore tunnels on a wild goose chase near the trigger happy androids. The grey was loyal but impersonate logic maniac but party sure they could beat him.

So Emperor spoke to galaxy about important earthicans were battling fr their planets fate and if lucky winners would sp0are planet and get to be his servants. Heroes smack talked the emperor when spot lights on them and Tabloidia gave a seditious speech declaring he was the galaxies best hope for freedom.

Captain Millennium flew off to kill some heroes who were not there with the grey and the star crusader behind him. Party already had replace fish woman with Drake and handed her to servants to freeze. The took down the heiress and gave her to servants who killed her savagely in revenge for their races.

Captain saw this then zoomed back. Tabloidia gave team mates the Argonium then went to home camp to see if he could save servants in disguise as party. Several were killed and the speedy grey was searching house and Tabloidia grabbed him. No matter what speedster tried he could not escaped and fell. Tabloidia now a armoured flaming demon lord form. Living servants put grey in freezer.

Captain came speeding in and Temperance shot him with plasma gun that Cap swatted away bolt with ease. Stormwing telekineticly nudged high speed Cap through a sky scraper which collapsed on him. As he burst out Stormwing held him closer to ground so Temperance and Drake still in disguise jumped hum. They had dipped weapons in Argonium and began to bash Cap. Before cap could escape the remaining vial of Argonium smashed in his face by telikinesis. He went down in a heap. Servants froze him and servants beamed up team disguised as guard  to mother ship. Got near emperor and before he could say seize these impostors he was trapped in tk forcefield with party and Tabloidia out of karma teleported to behind emperor and punched through his chest.

After chaos new empress invited hero tabloidia to be consort but he could never save his awesomeness for one woman or man, that wouldn't be fair. Negotiated some imperial tech for base like a food and clothing machines, a jet and a danger room. Goldie was going to stay then Stormwing cried and said he had responsibilities with her and the baby. But after he agreed then she spurned him. The surviving guard thanked party for sparing them. Party have higher popularity in Andromeda galaxy than home mostly.

Back on earth Tabloidia got drunk in seedy bard bemoaning all the power he turned down because he had too much love to contain.
Posted by Konsumterra at Sunday, June 15, 2014