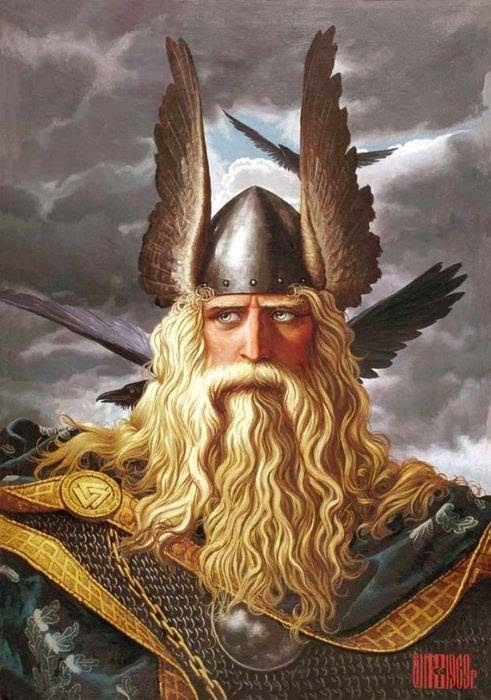 Steve who plays the Odinite werewolf beserker, put this on our group FB page:

After a weeks prayer in the temple of Odin, the grim warrior rises and gathers to his side, his family , a scribe and a legal official from the court of Norway. The dour man proceeds to proclaim ...

His death song and warchant :
Who dare face the StoneDale clan ?
Who ?!
We'll split their skulls and rend their hand !
Who ?!
Their bloody hearts our gods demand !
Who ?!
They'll breath their last in this here land !
HA !!


His dividing of earthly wealth and Will:
Wife : Superior Shield 14 armor - 10,000 pennys - 1,000 pennys worth gold chain - Arcane Device (FlareGun with 4 shells)- Magic Hyperborean Dagger - Two handed Sword - Superior Shield 12 armor (ornate) and of course her own dwelling, goods and lands. Furthermore the Chieftainship of the Norway branch of the Stonedale clan until the time where one of the bloodline is proven more worthy.
Eldest Son : 10,000 pennys.
Twin Brothers : Two trading ships.
Daughter : Warship.
Youngest Son : 6,000 pennys - Broadsword (ornate 1000 pennies worth) - Selfbow.
3 Adopted Sons : Under the leadership of the eldest - lands , house, thralls and all other goods of their mothers household split evenly between them.

and lastly his burial goods :
The Anklebiter Bastard Sword - Broadsword - Armor - wolfpelt helm and any gifts of worth his family , friends or others may wish him to have in the afterlife.
For it is not for a man to measure his own worth in death, but rather for the gods and those who have known him to decide.

Let it be known that the Wolfhelm beserker, brother of Alrec the Unruly is now legally dead. Though he still might draw breath and have the blush of life in his flesh, he now stays by the kindness and grace of his family and relatives, he is nothing more than a dead man walking. The living echo of a warrior that died the day he became Odin's champion and now bides his time till his earthly doom approach.
Posted by Konsumterra at Thursday, June 26, 2014