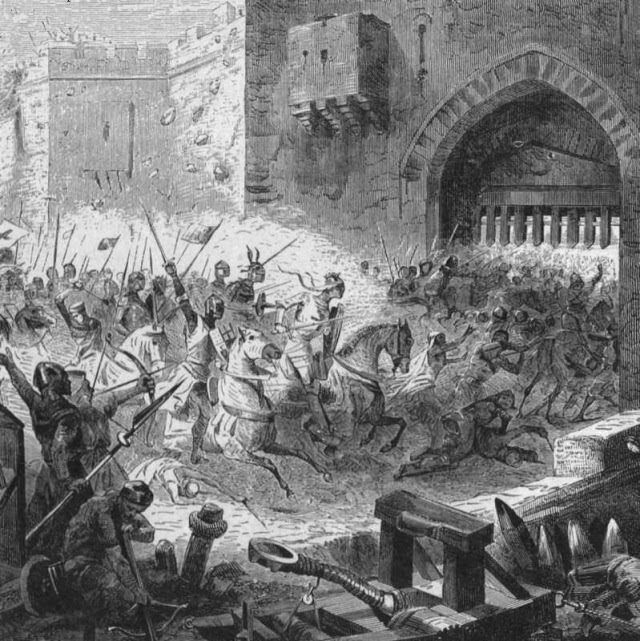 So my favorite elf and halfling adventurers were in the adventurer pub in Froghop village. Everyone here adventurers planning on going to Hell Hills dungeons. The lads didn't talk about their recent escape from the wizard school as agents would be in local village and the wizards were probably out for revenge. The elf recruited a barbarian girl tired of her mach tribal adventurer band. Both decided to go to city to trade the necromancer scroll they had found from the time when necromancers ruled when the elder age ended thousands of years ago.

So began the treck, but the halfling's girl Friday asked if she could stay, get a job and look after the darkstalker baby he bought in the goblin markets of underland. He gave her some cash and reminded her to keep baby out of the sun. She rolled her eyes and agreed. Rene the thief and the elf's riding spider tagged along.

They hiked through the roadways and when came to the shortcut through Grogtown, a nasty scum filled dive of a village with five horrible pubs. The only village industry in horrible bars for crooks, evil merchants and gang scum. Only village where orcs and goblins in the streets like Shadel Port. Guys didn't want to pay a silver entry to the best pub and went to second best for lunch. Met a gnome who asked if they had been in underland and which way they had come. They unconvincingly tried to bullshit him and hastily left.

Almost in city before gates closed when saw a sly grog shop by the road where ugly old woman in a tent offered them a drink. While they debated why they should bother they saw a shack in distance with a wall behind it enclosing a space, covered in Ivy and not visible from road. The lads asked about it and the shanty campers said they avoided it as men disappeared there and heard odd noises.

"Sounds like a job for us" said the lads.

Went to door of the shack and kicked down door. Inside a pig man leapt from bed and charged with an axe and the team killed him fast. Rene was felled and halfling declared he was too weak to save and let him die.

The barbarian girl Nora did very well and lads pleased with her efforts. Found house full of herbs being dried and pig mans crude possessions. A heavy door through the wall had a big key to open it on pigmans soiled bed. Within the wall was a overgrown garden. In the back was a greenhouse (a fortune in glass), three tiny buildings and a small house.

Knocked on the door and barking dog men opened the door.

"You no meant to be here" they barked and a wizard in his night robe came down stairs outraged by unwanted guests. Party attacked killed smaller dog man and the wizard charmed the elf. Followed with a few magic missiles, party killed the big dogman and then dog-piled the elf while halfling cut wizards throat.

Tied up the elf and searched the pretty cottage. Found food, booze and lots of nice china. In attic was horrible vivisection lab where beastmen being made. Jars of beast fetuses, horrible manuscripts and blood spattered tools. Party slept and by morning elf snapped out of charm. A knock at door and a pathetic hedgehog man with a bucket and brush. Halfling stood on a stool and put on wizard robes and cut his beard off and tied it to his face.

Beastman announced it was feeding time and halfling said everyone being punished today no food. Hedgehog sobbed that prisoners would eat each other and hobbled off to the toilet block he lived in. Guys saw old limping bloodhound man with crutch looking out from shed. Party found a sack of hide biscuits for monsters. Went to cell block and put some drugged biscuits in food hole and creatures inside calmed down. Elf made more sleeping potions in lab an drugged a crow man who lived in the greenhouse where they killed a tree monster. Bloodhound and hedgehog resisted. Hedgehog was into chores and bloodhound man showed party around shed. Furnace for burning remains and rendering animal fat into tallow. Was tools for woodwork and maintenance and party got idea of staying. Found a chest with a few hundred silver.

Opened the cell door and killed two more dog men and rabbit and cat man. Went into basement and found a moleman working on tunnel to city sewer system. Guys decided a quick trip to city would save them getting all red tape and passport papers. So into sewer system and elf heard some noises. A gang of thieves tried to sneak up on them but with superior night vision the elf killed them with his bow and rest fled. Met some friendly rat catchers and asked for way out. They said 6 coppers for directions (enough for each to get a drink). Elf said no way here is three coins. They shrugged and showed them a manhole they unlocked for party. Up ladder into a clean paved courtyard surrounded by walls and towers. The manhole clicked. Armed guards grabbed the party and locked in cells. Aparently this was secret police precinct.

"Three lousy coppers and we get this"

Party tried to lie to secret agent but a priest with them confirmed lies. Got party history and said how bad it would be if party stalled and wasted detect lie spells. Police convinced party nobody adventurer scum and sent them to the dungeon games waiting cell. Returned goods and offered party to bet on selves and healing potions.

Gate opened and guys crept down into dungeon. Found a druid with a pet wolf and a crow and donkey. Guys offered him join forces and gang began to search rooms. Got leeches in partly submerged cell area and saw a kobold flee. Found some trap parts in stack and imprisoned frogboy who was being used to unblock cisterns. Kindly druid adopted him.

Found a room with kobolds working on trap repair and bullied them to take wand from stony demon mouth in wall. The hugged wall and one stood on others head while protesting this was against rules. Grabbed wand, slipped and hit floor which opened and dropped into scorpion pit. Druid saved one kobold and the fevered little guy was alive but ill and was put on donkey. Druid scooped up a box of scorpions for later.

Tried to beat down a door and 8 goblins charged in all but one killed. Halfling killed him with a rock.

Found a series of levers in a wall the elf poked with a staff to find room flashed and hit with a curse. spell. Most resisted but scared. Found a fungus garden and saw a a distant gnoll spy on them with pet hyena. Druid tried to be friends and in group conversation realized his new team mates were evil.

"You guys are jerks" and he left to make friends and bring peace to dungeon denizens.