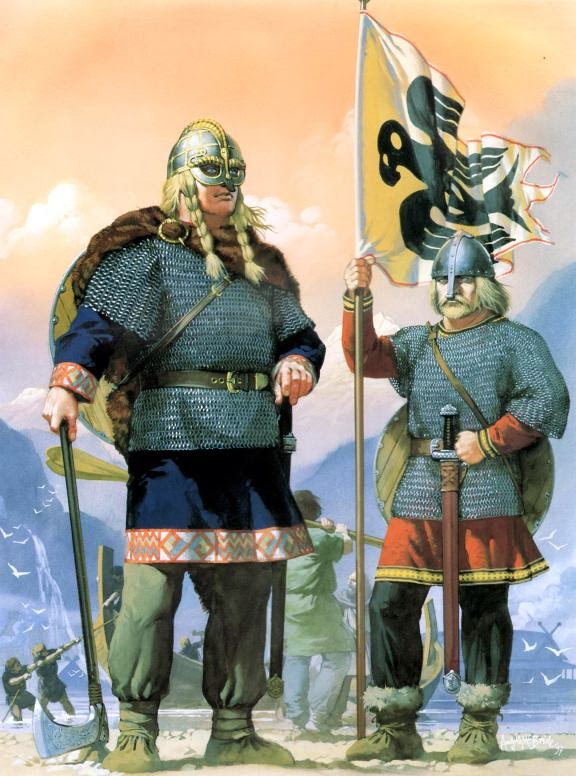 This game will be a sequel to my popular German 1490 Cthulhu game and will be very similar. I Used Call of Cthulhu, Cthulhu Dark Ages and the Avalon Hill Runequest and the Viking box set that went with that. Also the classic PC game from Microprose 1992 (available on GOG.com. Went for about six months till apocalypse averted as characters had become a cult of fanatic profiteering witch hunters with a secret working poor pagan faction.

I could still run a session but I think games of this duration suit club better than say my high level DnD. For sake of club setting hope for at least 3 regular players and up to a regular dozen drop ins. Initial characters will get personal plots, bloodlines quests and other stuff.

I got  Anyway was thinking about vikings stuff lots then saw amazing TV series which can only help to make vikings sexier. Im a big fan even though their livestock is regionally incorrect (need those satanic woolly viking black goats with two sets of horns).

Goal of game is to frame about 5 core viking cthulhu scenarios i have. In between them will be more typical spooky viking stuff and psuedohistorical scumbaggery. Every session will be at least one year game time with some other Pendragon RPG Elements. Every session your family and and horse make a save or die roll. Drop in player characters can mostly be vikings and a few foreign low status slaves, warriors or traders.

Early Years will be in a poor stony isolated Norway
Eventually will get into proper viking stuff
Robbing a monastary or two, its the thing to do
Explore and colonise Greenland, Iceland and America
Explore forbidden magic lands and beyond Midguard to the 9 worlds

Interestingly all have different approaches to magic and even viking weapons. Mongoose one declared no room for runepriests zapping giants an ships in RQ. Who would want to do that in a game? Comes off silly and dictatorial.

RQ3 Vikings Avalon hill box set, nice and dry and gritty with increasing weird magic and the RQ thing of everyone uses magic like Joeseph Cambell said. A viking priest might not intend to travel much but a runelord/champion/acolyte would be pretty powerful and awesome and well deserved. RQ has a very anthopological-mythological perspective with different assumptions about magic and fighting to DnD. Has lotsa pregen troops for in game use of varied ability.

So called Mongoose Runeguest II Vikings book i got for a buck online. It has some nice stuff and I liked the monster stats and text being separated and the time line and the d100 background table, pages of well done out lists like the pages of names - lots for my players here. Adventure ideas I like too.

BRP Mytghic Iceland is shaping up to be one of my fave ever RPG books. I will be using it alot.

Cthulhu Stuff I have yet to go through the various monographs I have got. Dark ages will work for Western Europe. Some Pendragon campaign stuff for farm prosperity. I could probably write some viking tables myself but some good stuff here. The Pendragon Saxon and Viking stuff might be handy.

AD&D 2nd Ed Viking book I really liked. TSR went for new kinds of game realism and suddenly every setting got flooded with mash up history. The good thing about history games is they teach everyone something about history versus the McBigGameCo fantasy which is only of interest or use to other fans.

I Like History Games and I like the historical DnD green cover books. The extra Viking classes were pretty good versions I recall. Had some interesting magic hoohah, background tables and was one of the last really worth it things before I stopped playing DnD for 20 years. Sad all versions of RQ viking books since ignored their past because this is a very good box set with months worth of play. What a waste to not reprint it or expand and improve on it.

GURPS Vikings, I love all these a few pages like viking wages always handy. Its been good to read different books but the GURPS 3rd ed line I had 30+ books of stuff and some I hung on to till recently. I had GURPS V1-3 then have not really kept up much. The traveller stuff was good too. The gurps spin on character information and using a core of history with lots of choices and genre mash up ideas like space vikings.  Anyway this book is a good take on a wide range of viking games.

Iron Crown did a Viking book for their system and compatible with Hero system. Actually well designed, dense and full of tables and useful stuff. Well presented facts about family, economy tables for your farm and other encounter tables.

I have armload of sagas and history and archaeology books and I still feel wary of making mistakes in any psuedo history games. Must remember its only a simulation for fun but i get to fill my head with some non trademark knowledge that has some use outside of gaming. Even if its just to impress Scandinavian Backpackers.

Anyway will finalise my character sheet and pc generation soon

Feel free to recommend anything I haven't mentioned in comments box
Posted by Konsumterra at Saturday, February 08, 2014