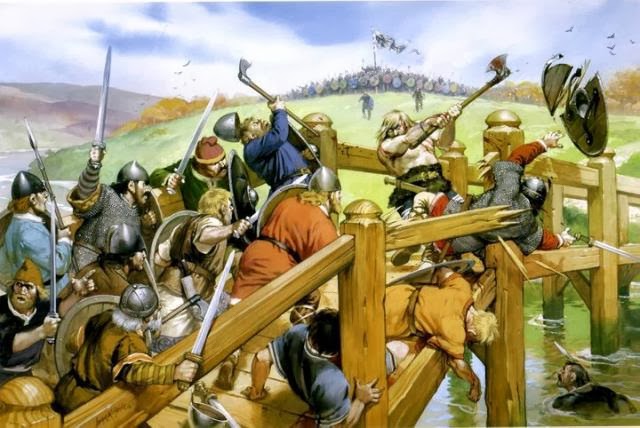 Ragnorak Now!
I am using a mash up of current BRP/Mythic Iceland, RQ3 and Ringworld. Influenced also by the Microprose PC game darklands version of BRP too. I have not really read my RQ6 lots yet and will get some stuff from it but a few things lost me. Reducing damage from damage bonus and pole arms was main one and introducing skills I think should be covered by stat rolls the other. In interested in magic system most about RQ6. In RQ3 I never liked the stat derived bonuses as they were one of the more painfully complex character generation things that needed a table in a book and could not derive by memory. I'm using my own variant based on Ringworld. Mongoose RQ I'm using some monsters and a bit of some magic skills. I mentioned some of the rule books of various other systems before with viking content but the RQ3 Vikings box set has everything from a respectful tone, good history, a good campaign with chapters that can be changed and reused many times. I will be using this and Iceland every session as main rule books.


Basics
First  party all start as siblings and cousins in the Stonedale clan at 15. Two hunter brothers (one a bit gung ho and other wants to be a warrior). Twin sister crafters (one a great beuty and other famous brawler who protects her sister from all advances - local boys all scared of them). Another was sent away to serve on the Jarl and raised by Stonedale clan rivals. Has picked up some Skald skills like poetry and has fanciest weapons even though he is weakest of teen vilkings and is a fairly clever. Another is a farmer.

Future characters will miss out on multiple skill rolls this first group get from from growing up year by year as vikings and have variable ages. I will allow third character to be foreign. I Like the idea of stat derived movement and have 1 second combat rounds

I'm using Iceland for animal totem fetch based skill points (20) and and then (30) from family occupation per year. I let bonuses start by picking one stat of the two in the pain that together equal the max bonus. Bonus starts equal to one of the two ststs in brackets and can be increased in play up to both of the stats. Magic has no starting bonus. A few BRP skills I never like like bargain.

Bonus is added to skill roll for total. Every experienced hero will have maxed out their bonuses. Skills gain a d6 when improved, bonuses get 1%.

Others (no base)
Cthulhu Mythos 0

ill do another post on magic in my game later and cover what happened first game soon
Posted by Konsumterra at Tuesday, February 18, 2014