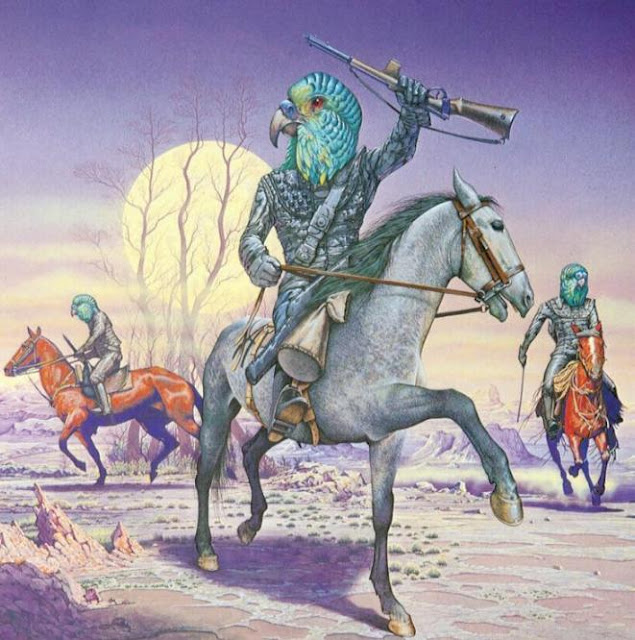 A revised planet psychon PDF is on the way with more tables, including all recent content from this blog and some other revisions, edits and stuff. Just Tweaking now. Im presuming someone out there has been using the tables alot because some like the settlement table have been viewed a crazy amount of times. Will go through some sections with some more tips for usage. Will get to play in a few months so glad to have developed this stuff. Been unable to walk is a good way to catch up on projects like this. Any recommendations or ideas for me to include welcome.

Ancient Stock Humans d100
Humans of non psychonian origin are found occasionally but the jealous gods transform them mind and body over a few days (con save per day) into typical coloured human of the sacred colour types of psychon. My default start is party a 70s band lost in Bermuda triangle whose plane crashes. Once converted can speak Psychonian common. Native Psychonians repulsed by ancients stock. A person from ancient world may learn (retain) ancient languages. Memories often flawed. Adults with memories can be created instantly by gods and other forces. 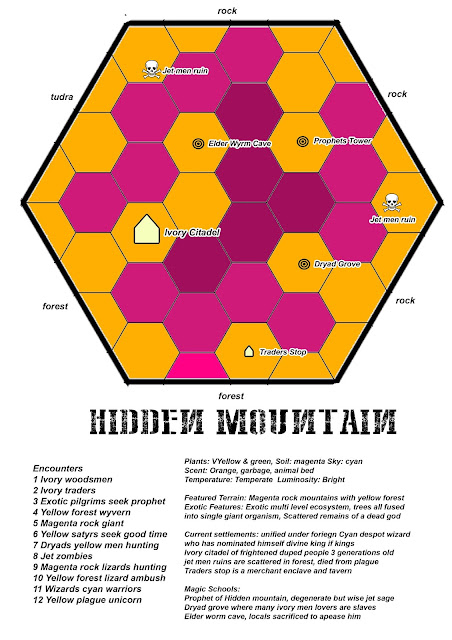 This is a map i did earlier for my Psychon hexes and forgot to post so Im killing a few birds with one stone.

The ivory men came long after the Jet Men died and are fearful of Jet Men ruins. The Ivory Wizard is a despot who is suspicious of others come to seize his power. He fears the many other powers and races here and forbids contact with Dryad, the Jet Sage or the Wyrmm cult, or satyrs.

The traders post is inhabited by peoples of many lands and races with exotic goods and tech commonplace. Robots keep common law.