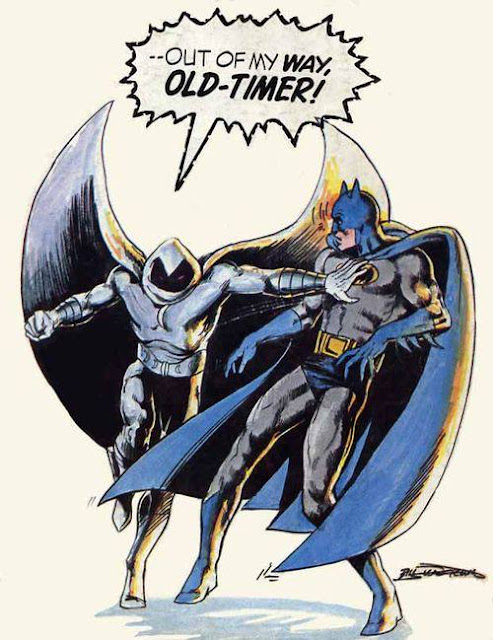 These are notes from my marvel game with some stuff from 84-2007. First 20 years was set in Adelaide and then made River City setting - a mythical city between Adelaide and Melbourne.

Hero beat Magazine
Here’s the show with the lowdown on who’s who in River City brought to you with channel 5 drama-news service,
where truth is something we consider!

Top10 Up and coming - These guys make the weekly news and are familiar to most news watchers.

Top 10 New Gen – These Kids are fresh from the academy and are one the streets and out for evil – all made news
Teen sidekicks are disapproved of since the 70s and are now seized by the state if caught – becoming wards of the state.

Top 10. Feared Vigilantes – the ones street crooks rate as least they want to meet

Top 10 Most wanted criminals – Normal human but noteworthy street crooks without powers or exotic abilities with normal criminal activity. Not really the sort to conquer the world, most have some normal goal even if mad.

TOP 20 super animals, creature and monsters apparently and active in the city on several occasions.

TOP 10 Paranormal Species, creature and monsters but ones that breed true and usually have a purpose

Top 20 Cults, secret societies and organizations that people might have heard of